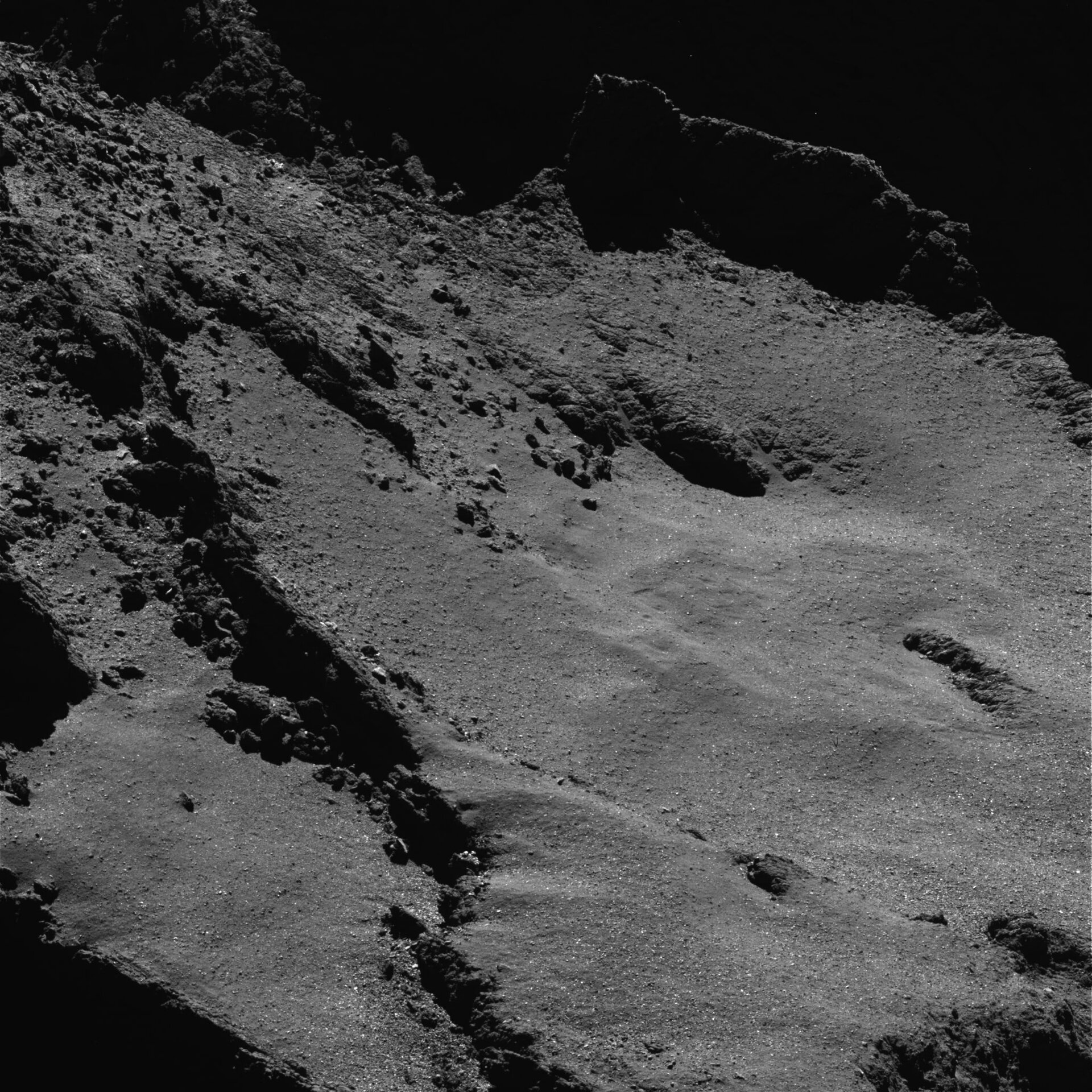 Close-up view of the comet

During Rosetta’s final descent, the spacecraft will image the comet’s surface in high resolution from just a few hundred metres.

This OSIRIS narrow-angle camera image was taken on 28 May 2016, when the spacecraft was about 5 km from the surface of Comet 67P/Churyumov–Gerasimenko. The scale is 0.13 m/pixel.