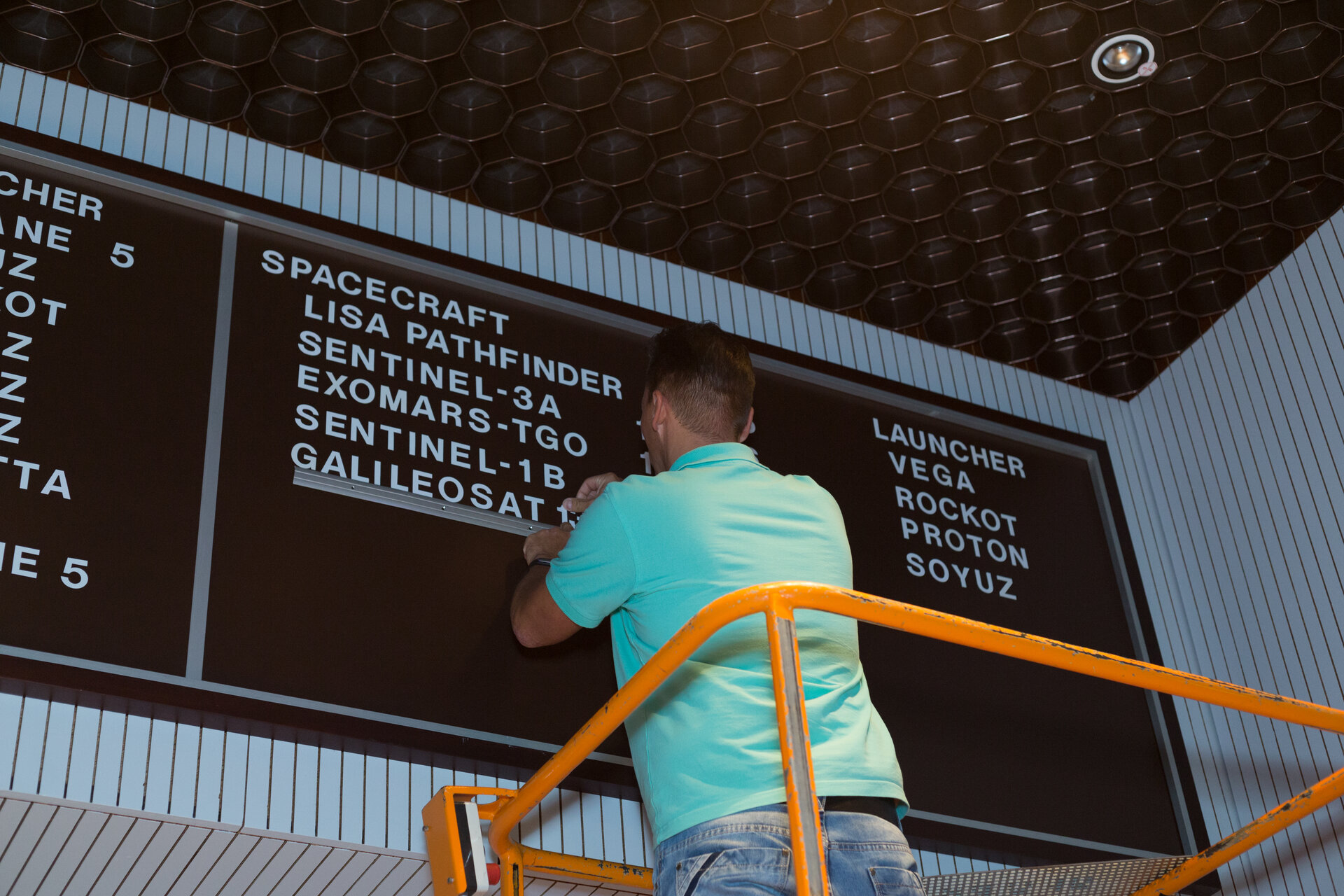 On 31 May, the joint ESA/CNES mission control team gathered in the Main Control Room at ESA’s European Space Operations Centre (ESOC), in Darmstadt, Germany, to celebrate the completion of the eight-day initial orbit phase for Galileo satellites 13 and 14.

The pair lifted off together at 08:48 GMT (10:48 CEST, 05:48 local time) on 24 May atop a Soyuz rocket from French Guiana. This seventh Galileo launch went by the book, and brought Europe’s Galileo constellation half way to completion.

As soon as they separated from their launcher, the pair were brought under control by the joint team, which worked round-the-clock shifts to check out the satellites’ systems, test basic functionality and conduct a series of thruster burns to fine tune their orbits.

On 31 May and 1 June, the satellites were successively handed over to the Galileo Control Centre near Munich for further commissioning and transition into routine operations.

As is traditional at ESOC, the mission name was added to history wall to mark successful completion of the launch and early operations phase.

For almost 50 years, the ESOC has been home to highly specialised teams that control and navigate spacecraft, manage ESA’s worldwide ground tracking station network, and build the complex ground systems that enable satellites to conduct their missions.

Since inception in 1967, teams at ESOC have launched 76 spacecraft, of which 51 were then taken over for operation through their complete mission.