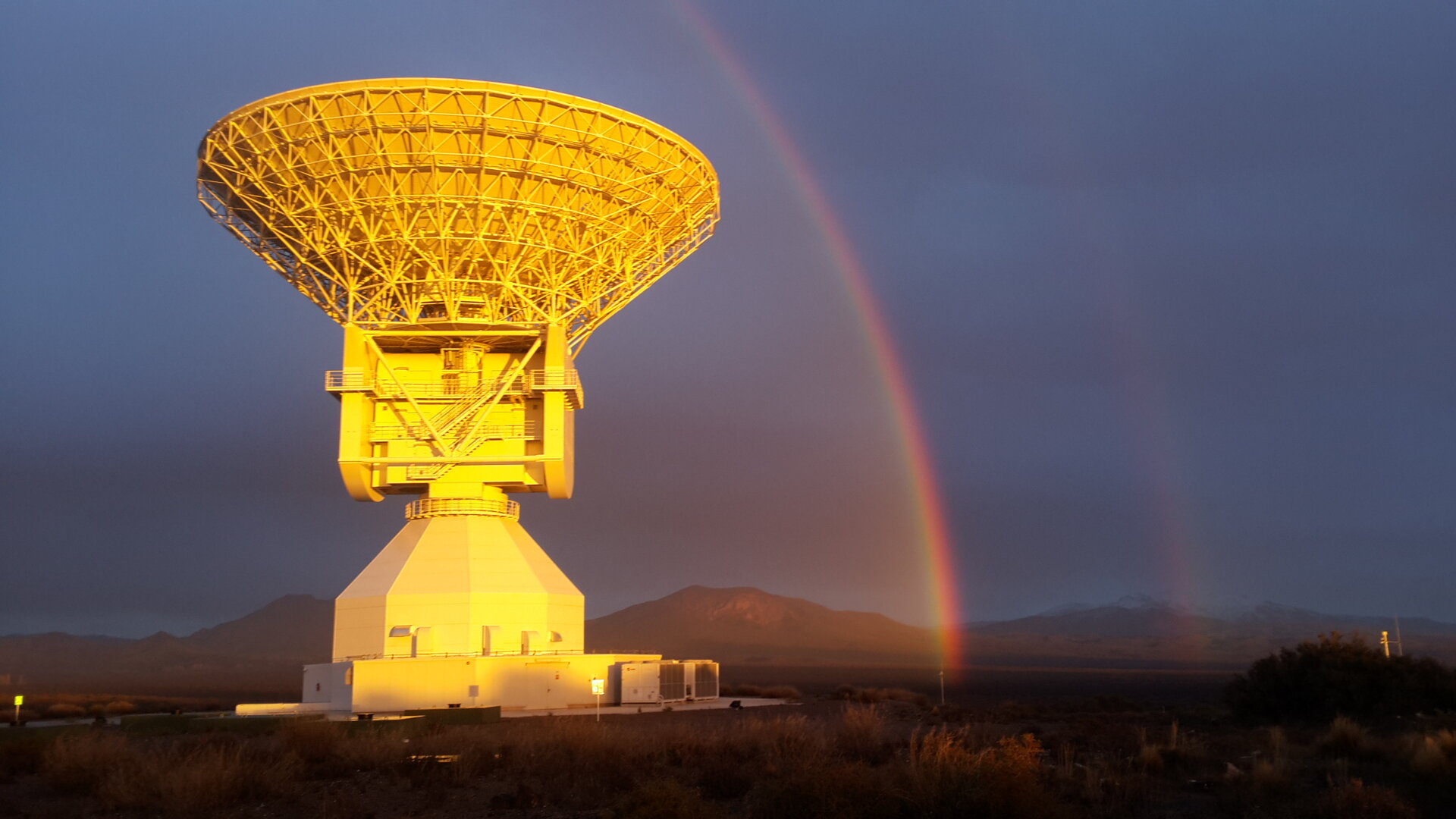 This beautiful image was captured on Tuesday, 14 June, by Diego Aloi, working as part of the local engineering team at Malargüe station. The dish is located 30 km south of the city of Malargüe, about 1200 km west of Buenos Aires, Argentina.

Malargüe is ESA’s newest deep-space tracking station; it was inaugurated in December 2012 and entered full service in early 2013. Currently, it provides links to missions such as Gaia, Mars Express, Rosetta and ExoMars.

Its main functions are to download scientific data, receive onboard status information and transmit telecommands sent by the mission controllers. Signals collected by the stations are also used for navigation and to determine the precise positions of spacecraft.

The dish is 35 m in diameter and the entire structure is 40 m high; its dish weighs 610 tonnes. Engineers can move the antenna at up to 1º per second in all axes. The servo control system ensures the highest possible pointing accuracy under the site’s harsh environmental, wind and temperature conditions.