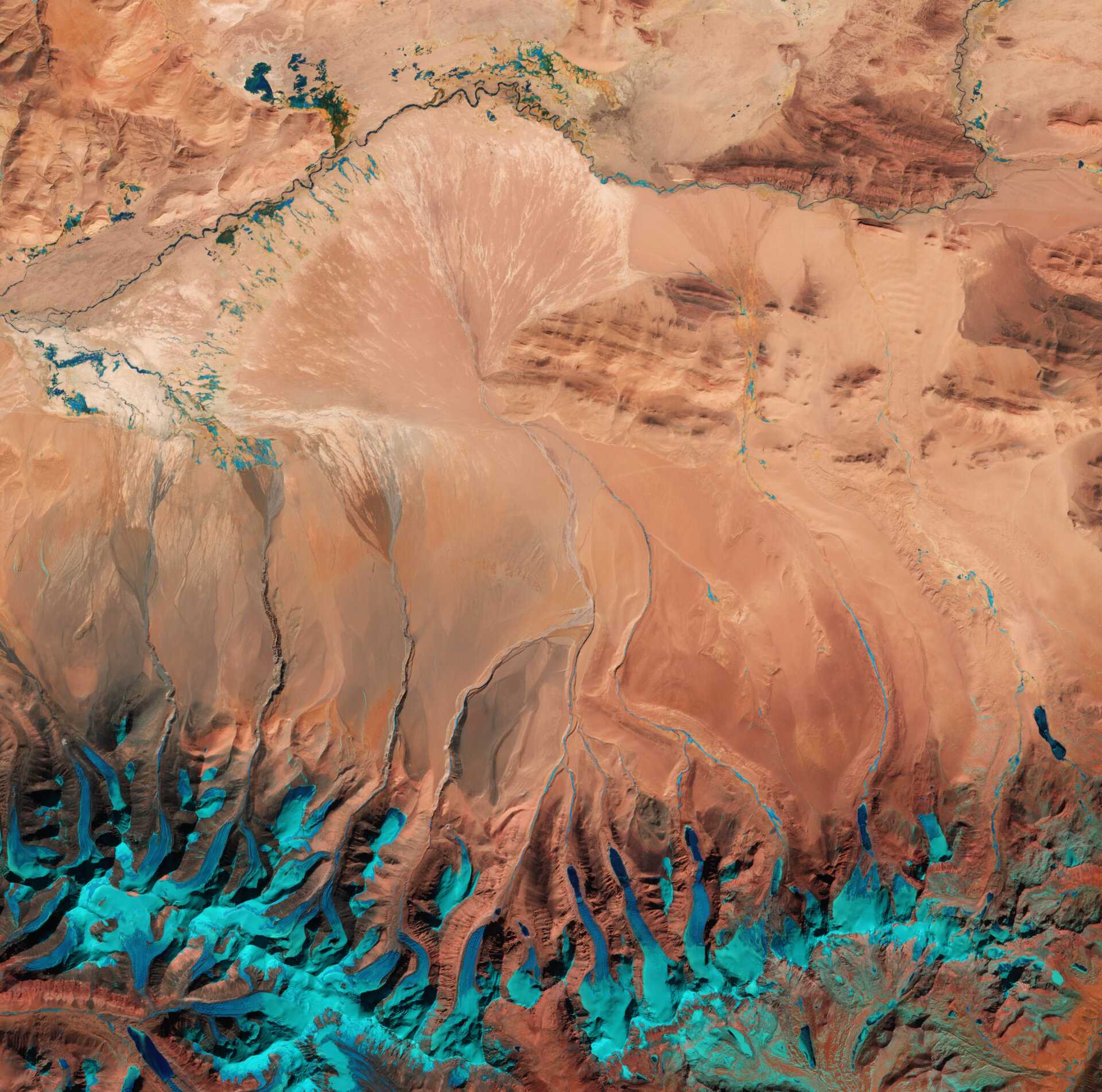 The southern-central edge of the Tibetan Plateau near the border with western Nepal and the Indian state of Sikkim is pictured in this Sentinel-2A image from 1 February 2016.

The Tibetan Plateau was created by continental collision some 55 million years ago when the north-moving Indian Plate collided with the Eurasian Plate, causing the land to crumple and rise. And rise it did. With an average elevation exceeding 4500 m and an area of 2.5 million sq km, it is the highest and largest plateau in the world today.

The plateau is also the world’s third largest store of ice, after the Arctic and Antarctic. In recent years, rising temperatures have caused rapid melting.

Part of the Himalayas is visible along the bottom of the false-colour image, with the distinct pattern of water runoff from the mountains. At the end of these rivers and streams we can see the triangle-shapes of sediment deposits – alluvial fans – formed when the streams hit the plain and spread out.

One large alluvial fan is visible in the upper-central portion of the image, while smaller ones can be seen on the left.

Alluvial fans are subject to flooding, and these areas are increasingly at risk as climate change taking its toll on the world’s glaciers causes accelerated melting.

From their vantage point 800 km high, satellites can monitor changes in glacier mass, melting and other effects that climate change has on our planet.