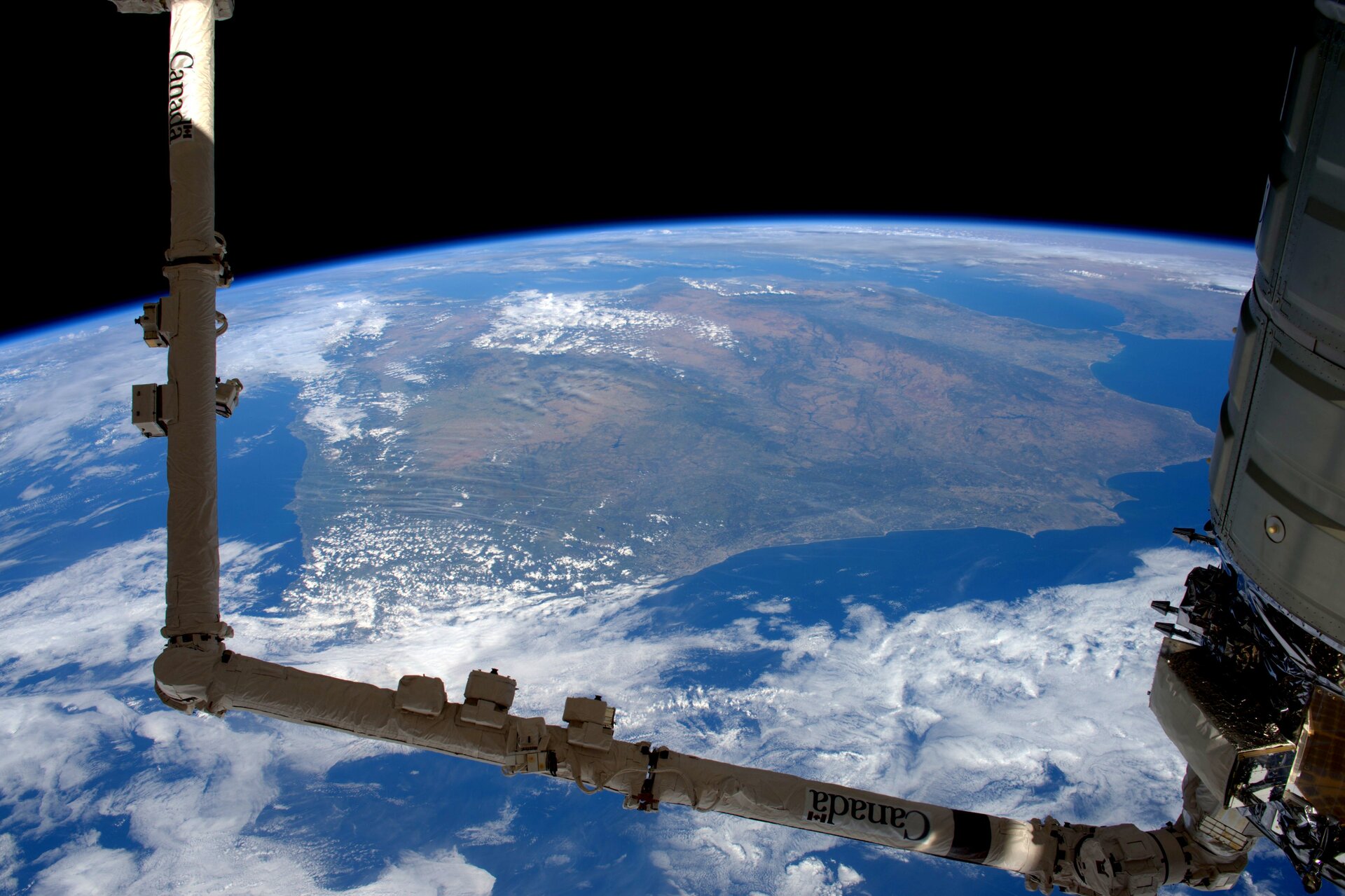 ESA astronaut Tim Peake posted this image on his social media channels, commenting: "Cygnus grappled by the arm ahead of Tuesday departure. Photobombed by Spain & Portugal."

The Cygnus cargo spacecraft was released from the International Space Station as scheduled on Tuesday, before a fiery reentry destruction.

Tim is set to return to Earth on 18 June 2016, bringing his six-month Principia mission to the ISS to an end. During his stay he performed more than 30 scientific experiments for ESA and taking part in numerous others from ESA’s international partners.

More about the Principia mission: http://www.esa.int/principia

More photos from Tim on his flickr photostream: https://www.flickr.com/photos/timpeake