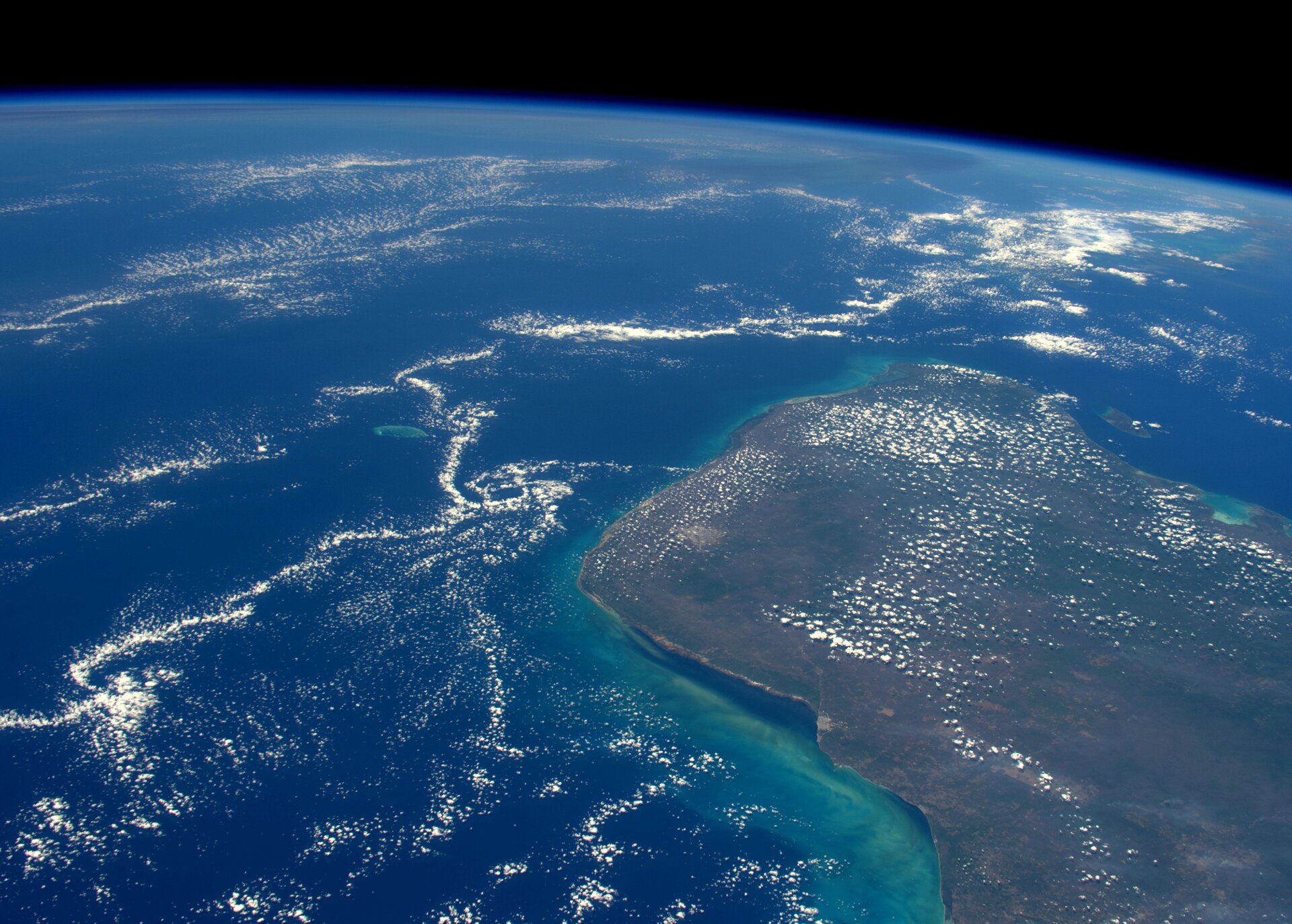 ESA astronaut Tim Peake took this image from the International Space Station during his six-month Principia mission. He commented: "66 million years ago a 14-km wide asteroid struck this part of Mexico and wiped out the dinosaurs."

Professional photographer Max Alexander has known Tim Peake from before his launch into space and gave Tim photography tips during his mission. Max comments: "Tim really scored a bull's eye with this shot of the Yucatan Peninsula, which would have required quite a bit of planning for a favourable orbit. When 66 million years ago, a city-sized asteroid collided with the Earth, right in the middle of the photograph, it wiped out the dinosaurs and 75% of life on Earth. You can imagine an asteroid coming from space and hitting the Earth in this photograph. I asked Tim to take this picture while an offshore scientific expedition was drilling into the submerged impact crater, and also for Asteroid Day – an annual global event on June 30th that raises awareness about the threat of asteroids – which is in partnership with ESA. "