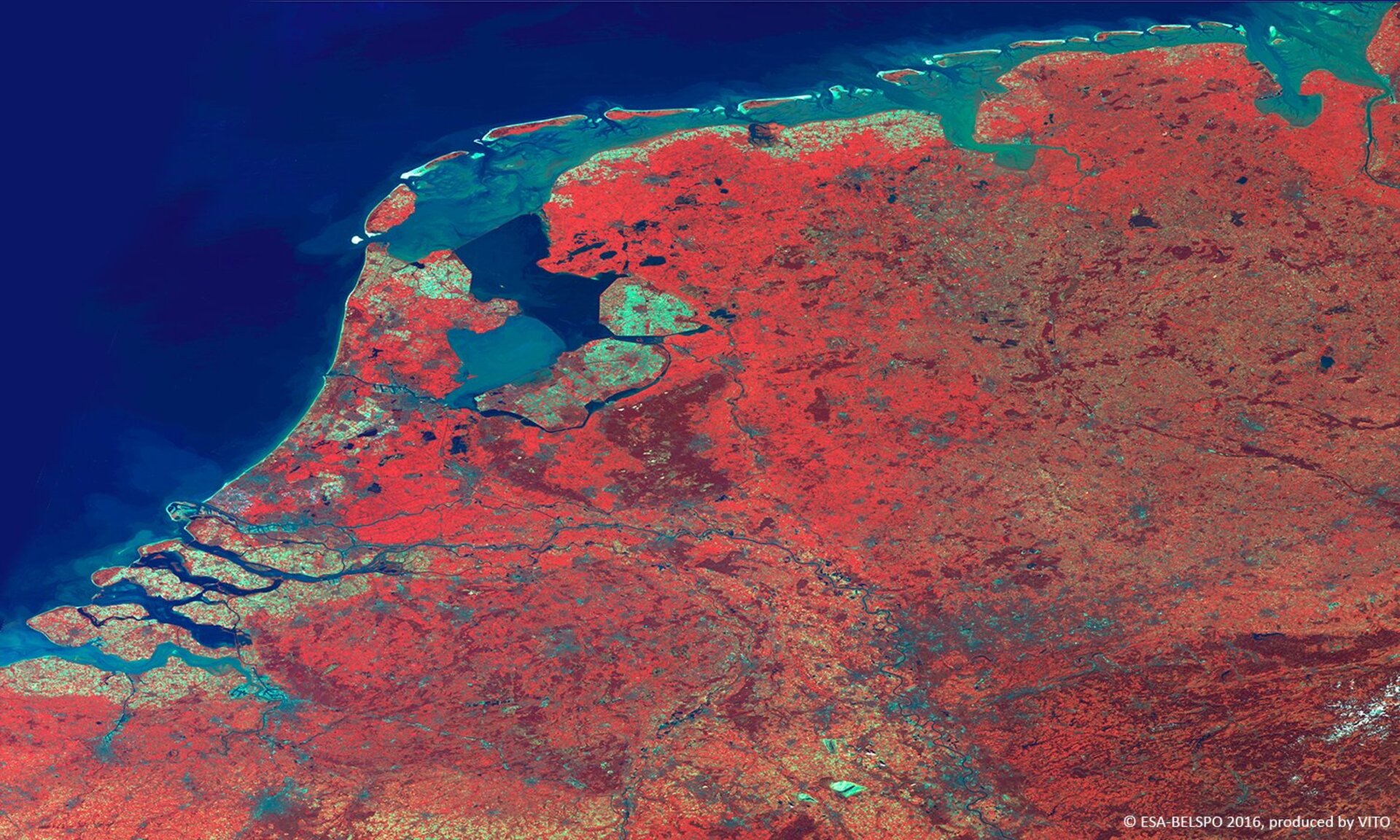 A false-colour image of the Netherlands, as seen in infrared by ESA’s Proba-V minisatellite, with vegetation shown in red, woodland in red–brown and built-up areas as green.

The Dutch are famous for their reclaiming of land from the North Sea through the construction of dykes and draining of enclosed land. To the south of Lake Ijssel, the largest lake in western Europe and formerly known as the South Sea, is the new province of Flevoland, established from reclaimed land three decades ago.

To the north of Lake Ijssel stands a string of islands called the Wadden Islands, which stretch from the Netherlands to Denmark. Out of the Dutch islands, five are inhabited and many are protected as wildlife habitats.

The 100 m-resolution image extends down to Belgium’s port of Antwerp and capital city of Brussels in the south, with Amsterdam, The Hague and Rotterdam arranged like a triangle on the west coast. The Hoge Veluwe National Park stands out to the southeast of Lake Ijssel.

North of The Hague on the coast at Noordwijk stands ESA’s single largest establishment, ESTEC. To visit the technical heart of the Agency, you can now register for the Open Day on Sunday 2 October.