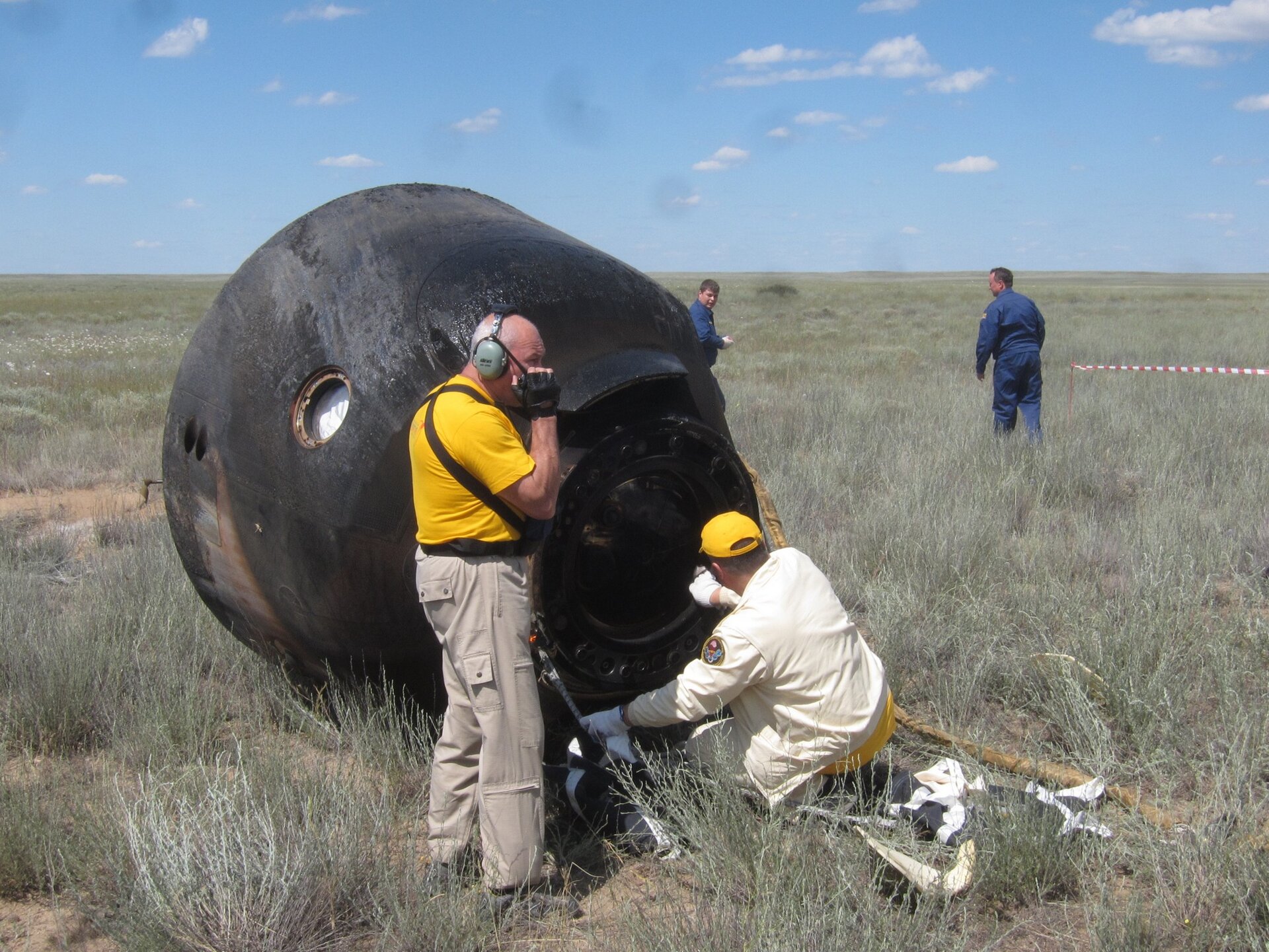 Hitching a ride in the Soyuz capsule were 46 species of small organisms and more than 150 organic compounds. Their voyage was even more intense than the astronaut trio’s – these samples spent 18 months in space, bolted to the outside of the International Space Station.

Expose-R2 is a miniature photochemistry laboratory that exposes samples to the harsh environment of space. Subjected to the full blast of the Sun’s energy as well as vacuum, radiation and temperature swings, they are helping researchers investigating how chemicals and microbiological life react to unprotected spaceflight – on a comet, for example. Previous Expose experiments have already shown that ‘water bears’ and a species of lichen can survive a trip into space.