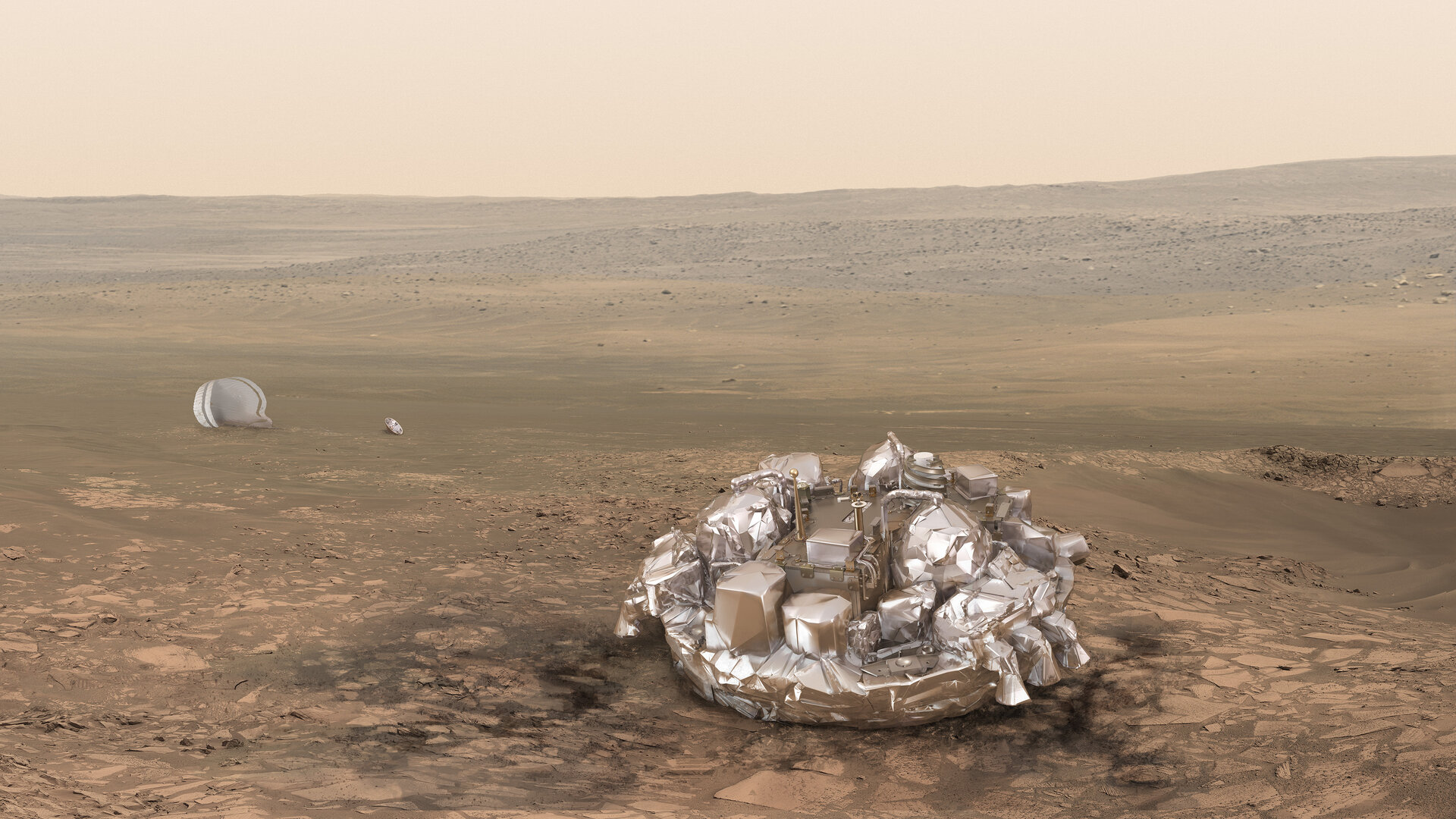 Artist impression of the Schiaparelli module on the surface of Mars

On 19 October, Schiaparelli will enter the Martian atmosphere at an altitude of about 121 km and a speed of nearly 21 000 km/h. Less than six minutes later it will have landed on Mars, on a region in Meridiani Planum.

This scene shows the module, with the parachute and rear cover of the heat shield that were jettisoned 31 seconds before touchdown.

Once on the surface, a small meteorological station (DREAMS) will operate for a few days. DREAMS will measure local weather conditions at the landing site, such as temperature, humidity, pressure, dust opacity, wind speed, and wind direction. It will also perform measurements of the electrical properties of the Martian atmosphere, the first time this has ever been done.