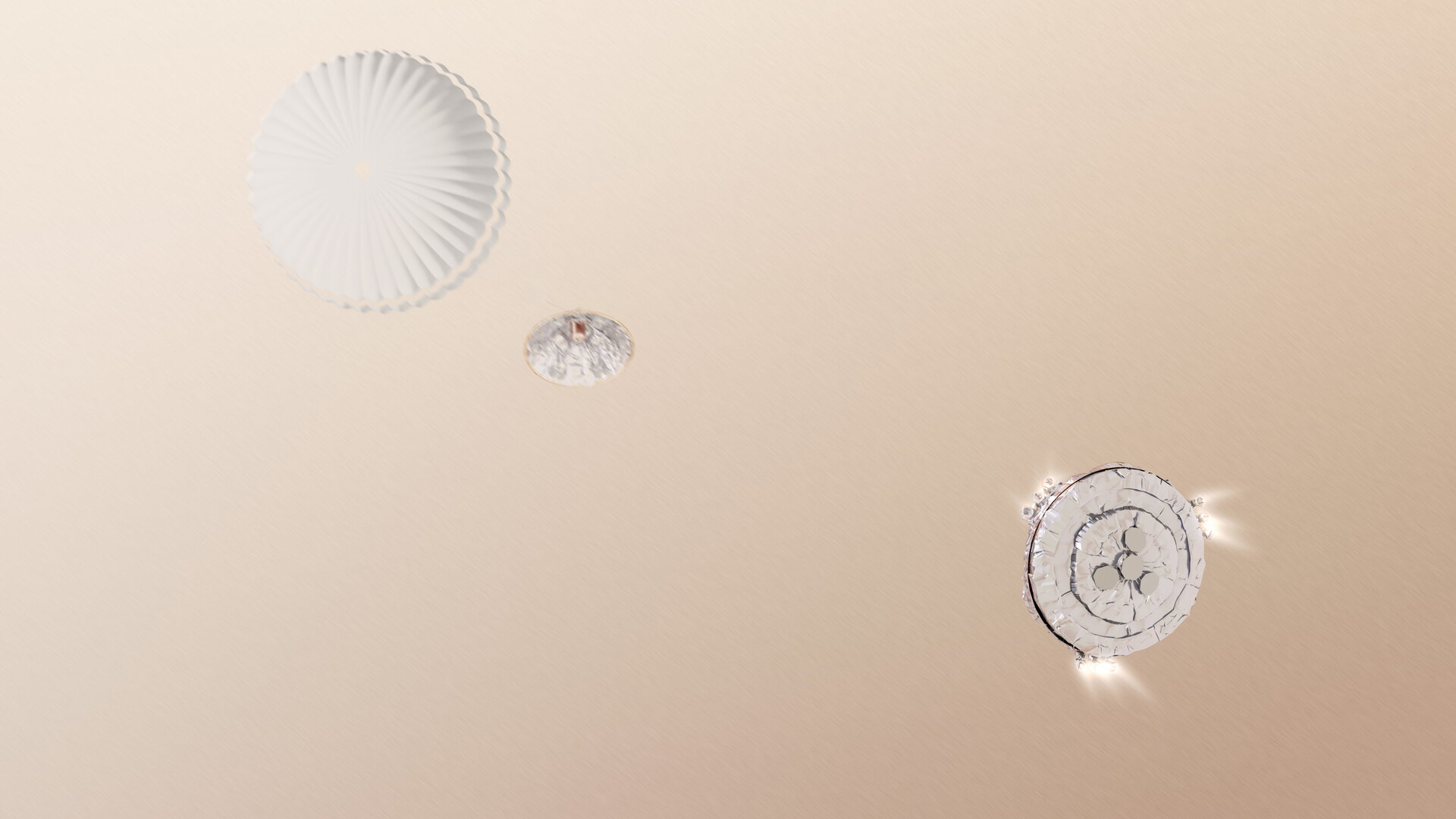 Schiaparelli with thrusters on

Artist impression of Schiaparelli, the ExoMars entry, descent and landing demonstrator module, just after the thrusters have ignited.

On 19 October, Schiaparelli will enter the Martian atmosphere at an altitude of about 121 km and a speed of nearly 21 000 km/h. At first it will be slowed down by the increasing atmospheric drag, until at roughly 11 km above the surface, the module’s speed will have decreased to 1700 km/h and a supersonic parachute will be deployed by a mortar. Then, 40 seconds later, after oscillations have died down, the front shield of the aeroshell will be jettisoned.

The parachute will slow Schiaparelli to around 240 km/h at about 1.2 km above the surface and then the rear cover will be jettisoned.

After this the braking system will be activated –  three clusters of three thrusters – to slow the module until it is 2 m from the surface at which stage the thrusters will cut out and the module will fall freely to the surface.