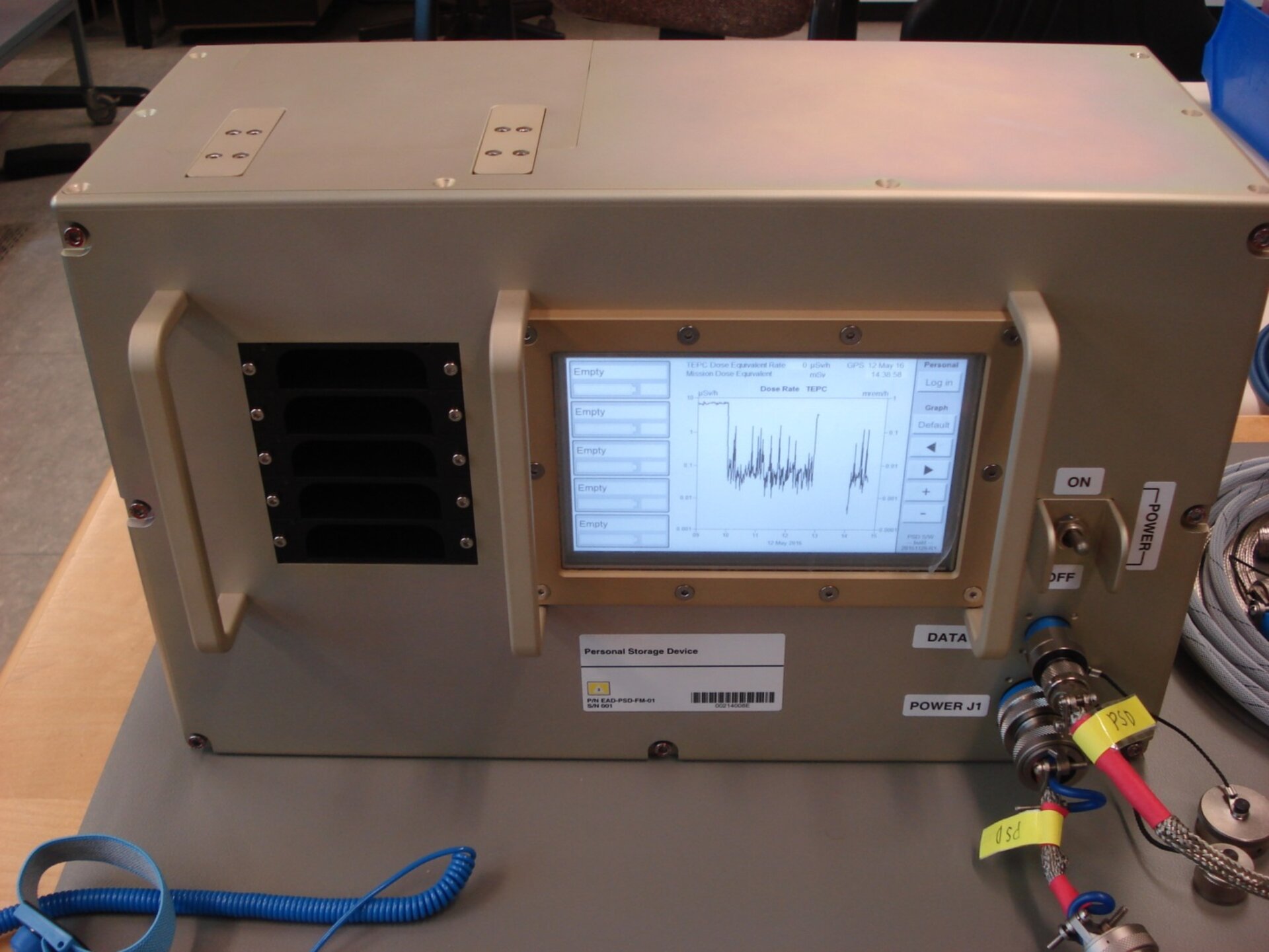 The new European Crew Personal Active Dosimeter – EuCPAD – comprises wearable units plus this storage device for battery charging and data transfer – similar in purpose to a smartphone charging station, if much more sophisticated. A storage device has been launched to ISS on 18 July 2016.

Funded by ESA's General Support Technology Programme (GSTP), EuCPAD was managed by Matthias Dieckmann with Udo Becker of GSTP giving programme support. While passive dosimeters were introduced by ESA in 2006, with ESA astronauts Christer Fuglesang and Thomas Reiter, a decade on EuCPAD has developed active dosimeters to detail all mission exposure aspects, both in terms of time and received dose. The DLR German Aerospace Center was prime contractor, with Thomas Berger overseeing from the DLR side. The contractor team funded by GSTP included further colleagues from Austria (SL), Germany (PTB), Ireland (Tyndall) and Finland (MIRION). The team liaised with European Astronaut Centre flight surgeon Ulrich Straube, who, as a radiologist, represents ESA within the international Space Radiation Advisory Group.

Liesbeth De Smet is responsible for the integration of ESA payloads on the ISS. EuCPAD will be controlled from the ground by the French User Support and Operations Centre in Toulouse during commissioning phase, after which operational services will be overseen from the European Astronaut Centre.