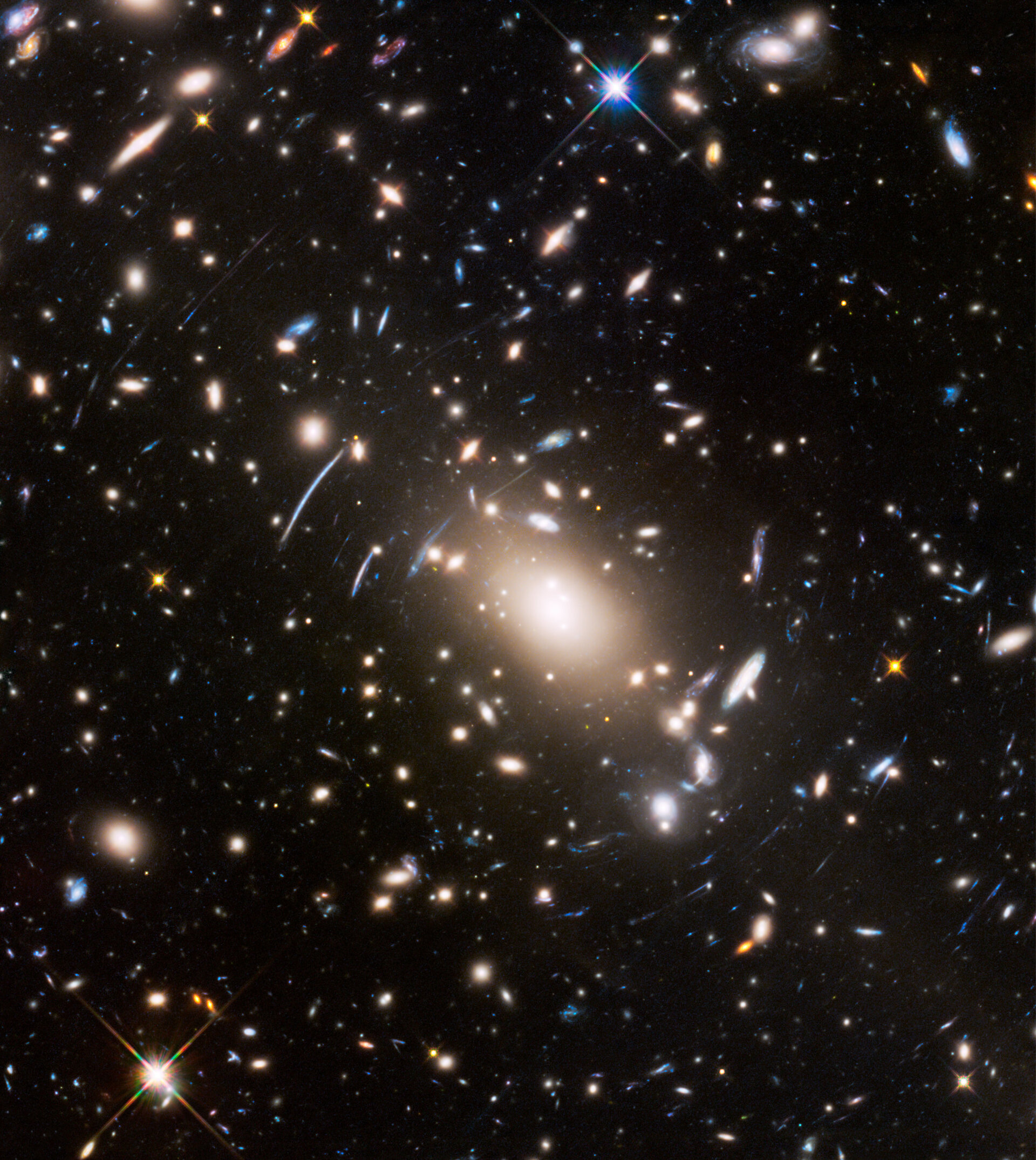 Fifty years ago Captain Kirk and the crew of the starship Enterprise began their journey into space – the final frontier. Now, as the newest Star Trek film hits cinemas, the NASA/ESA Hubble space telescope is also exploring new frontiers, observing distant galaxies in the galaxy cluster Abell S1063 as part of the Frontier Fields programme.

Abell S1063, a galaxy cluster, was observed by the NASA/ESA Hubble Space Telescope as part of the Frontier Fields programme. The huge mass of the cluster acts as a cosmic magnifying glass and enlarges even more distant galaxies, so they become bright enough for Hubble to see.