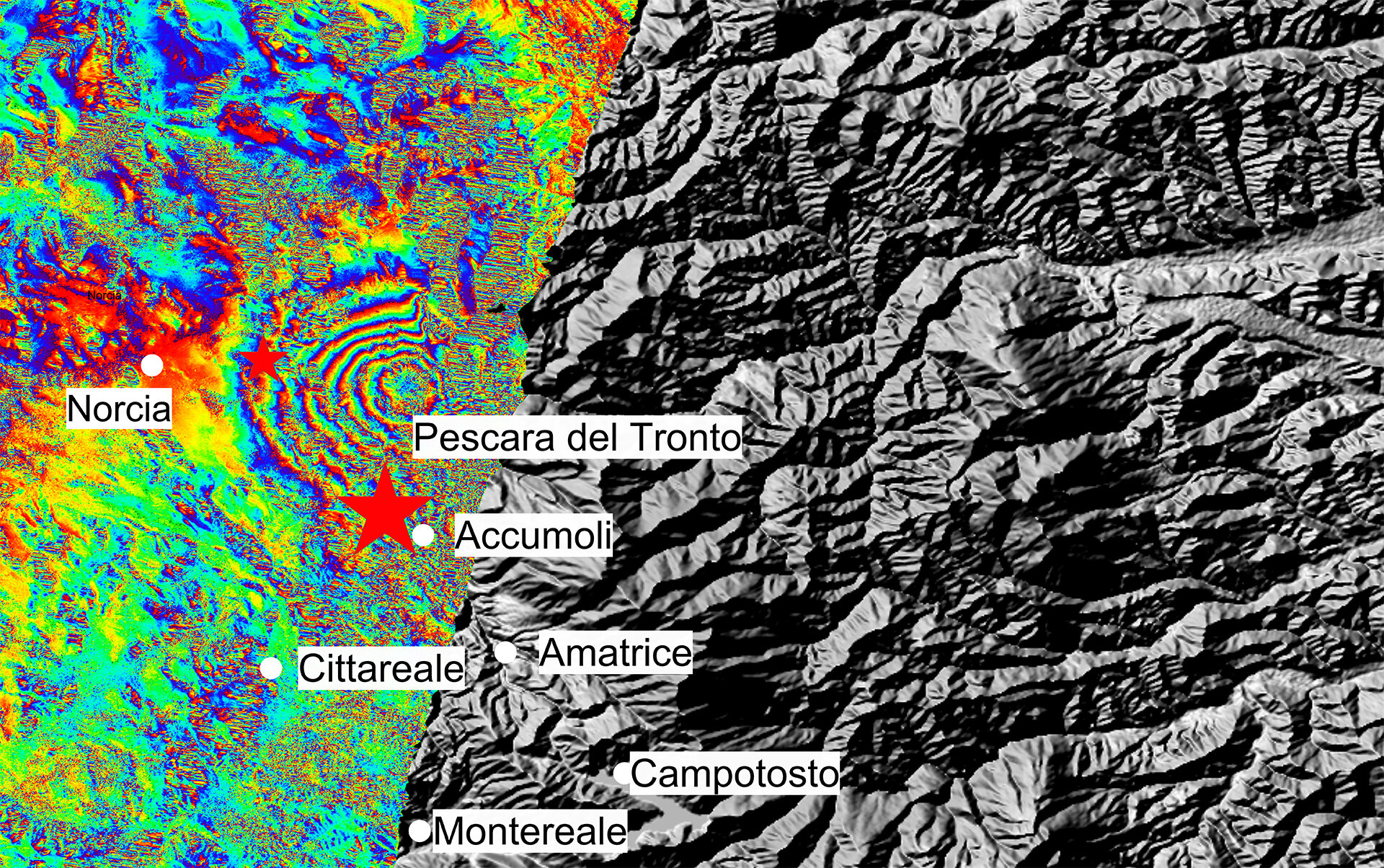 The seven interferometric ‘fringes’ correspond to about 20 cm of surface deformation in the radar sensor line of sight.  Each fringe (which is associated to a colour cycle) corresponds to approximately 2.8 cm of displacement.

Although Sentinel-1 has a swath width of 250 km over land surfaces, its pass over Italy on 26 August did not cover the entire area affected. Another acquisition planned for 27 August will cover the entire earthquake zone.