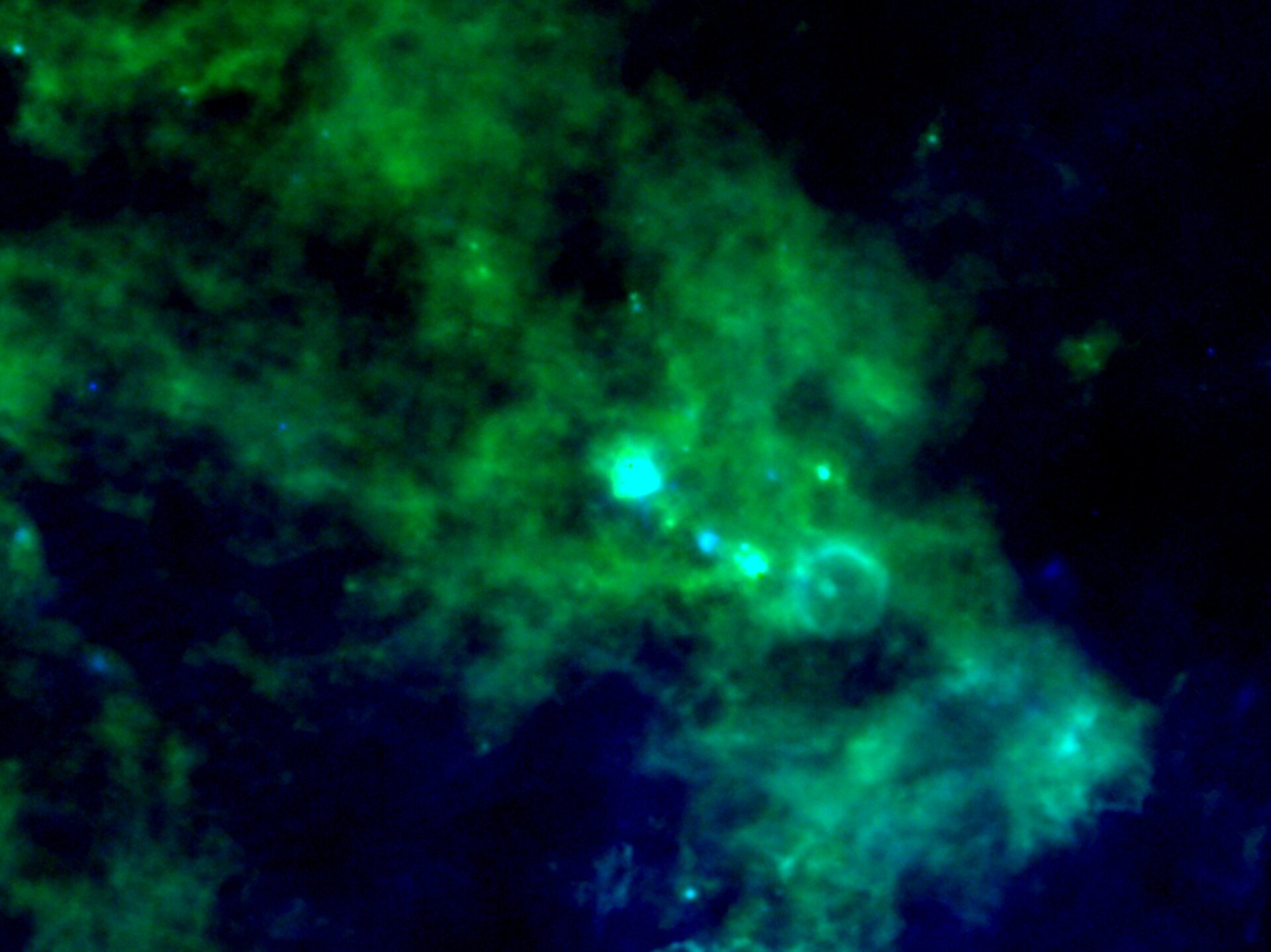 Not your typical protostar

At the centre of this image, captured by ESA’s Herschel space observatory, is a truly peculiar cosmic object: a star named IRAS 19312+1950.

Located over 12 000 light-years from us, this star has puzzled astronomers for many years because it shows conflicting signs of being both extremely old and extremely young.

But they have also discovered characteristics mostly seen around early-type stars: a chemical-rich enveloping cloud usually seen around youthful stars and in regions of star formation.

Infrared observations from both Herschel and NASA’s Spitzer Space Telescope now suggest that it may instead be a star in the making, rather than a fully-fledged or ancient star. In other words, it is a protostar.

The star is about 10 times as massive as the Sun and emits about 20 000 times as much energy. It appears to be rich in oxygen, and has jets of gas streaming from both poles at speeds of at least 90 km/s.

In addition, it is surrounded and obscured by a collapsing cloud of gas, dust and ice – including large quantities of water and carbon dioxide ice – that contains an overall mass equivalent to 500 to 700 Suns.

Although it displays features atypical of its peers, astronomers believe it to be a stellar embryo fast approaching the end of its ‘accretion’ stage, the period in which it feeds upon surrounding material to fuel its growth. Although the region had not been pinpointed as a stellar nursery before, there are signs of recently formed and youthful stars nearby, supporting this idea.

This image is a composite of infrared data gathered by Herschel’s Photoconductor Array Camera and Spectrometer (PACS) at 70 (green) and 160 (blue) microns. The associated research is published in the Astrophysical Journal.