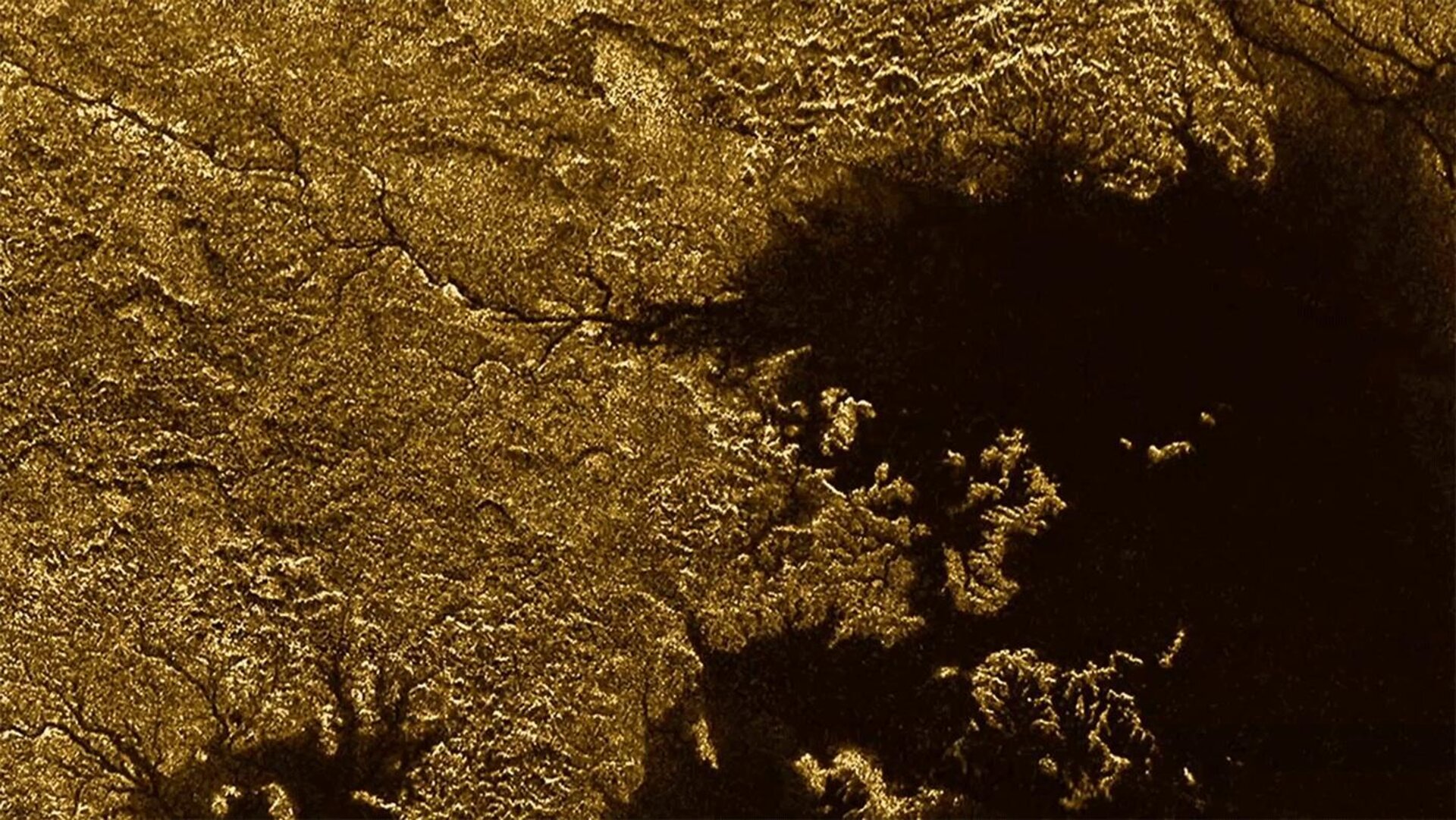 The aptly named Titan, Saturn’s largest moon, is remarkably Earth-like. Its diameter is only about 40% that of our planet, but Titan’s nitrogen-rich, dense atmosphere and the geological activity at the moon’s surface make comparisons between the two bodies inevitable.

This image, taken with the radar on the Cassini spacecraft, shows just how similar the features in Titan’s surface are to Earth’s landforms.

Aside from Earth, Titan is the only other body where we have found evidence of active erosion on a large scale. There are seas, lakes and rivers filled with liquid hydrocarbons – mainly methane and some ethane – that etch the moon’s surface, in much the same way water erodes Earth’s.

A striking example is Vid Flumina, the Nile-like, branching river system visible on the upper-left quadrant of the image. The river, in the moon’s north polar region, flows into Ligeia Mare, a methane-rich sea that appears as a dark patch on the right side of the image.

Researchers in Italy and the US analysed Cassini radar observations from May 2013 and recently revealed that the narrow channels that branch off Vid Flumina are deep, steep-sided canyons filled with flowing hydrocarbons.

The channels are a little less than a kilometre wide, up to 570 m deep and with slopes steeper than 40º. This suggests they have been sculpted by liquid methane, flowing into the main Vid Flumina river, that has persistently eroded the canyon walls – a geological process reminiscent of the carving of river gorges on our planet.

The study is the first direct evidence of deeply entrenched, methane-flooded channels on Titan. Finding out how they formed provides insights into the moon’s origin and evolution and could help understand similar geological processes on Earth.

The Cassini–Huygens radar team is hoping to observe the Ligeia Mare and Vid Flumina region again in April 2017, during Cassini’s final approach to Titan. The mission is a cooperation between NASA, ESA and Italy’s ASI space agency.