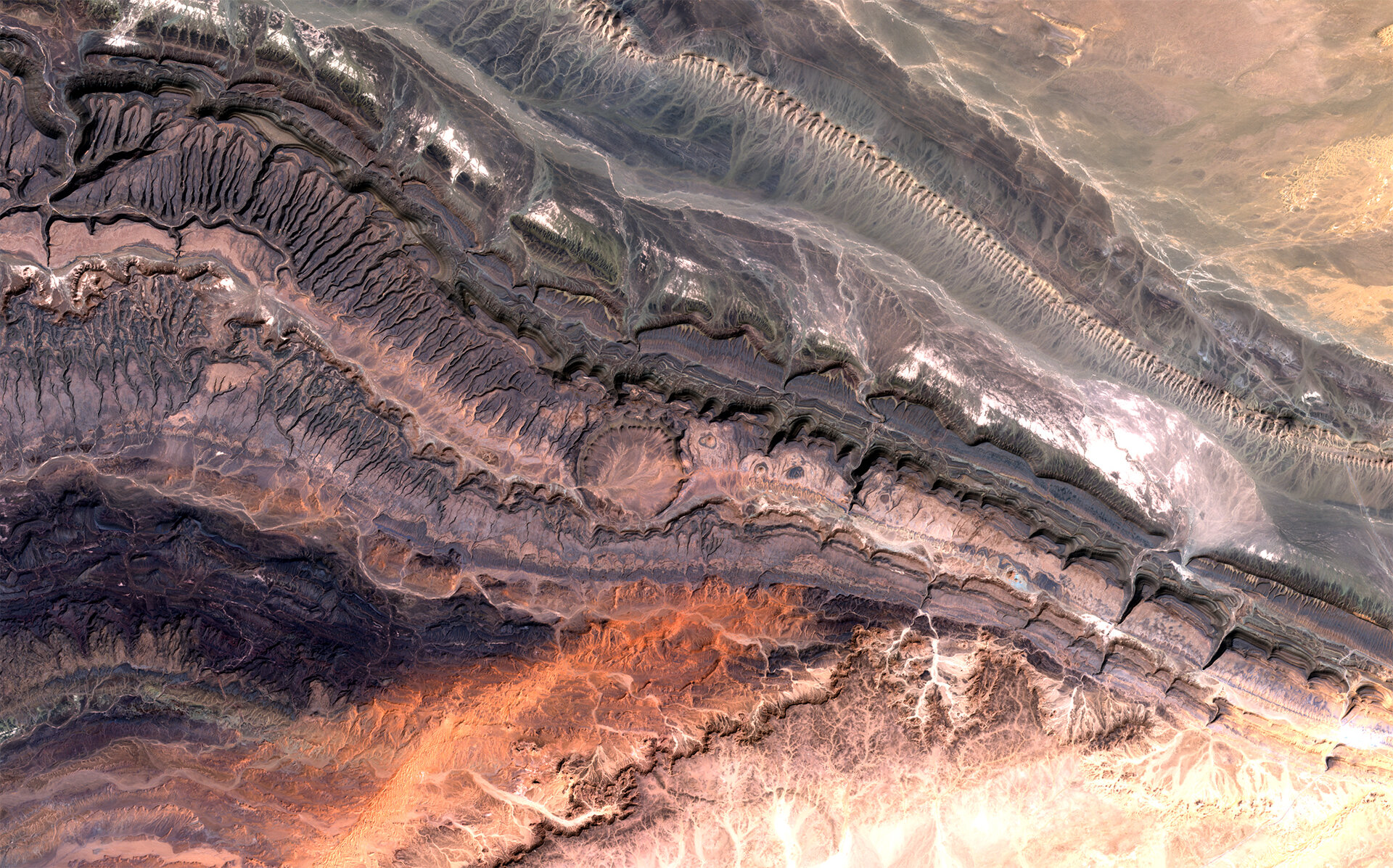 Part of the Anti-Atlas mountains bordering the Sahara Desert in western Algeria is pictured in this satellite image.

The Anti-Atlas range was born from continental collision, and geologists believe it was once higher than the Himalayas, but was reduced through erosion.

Here the land is mostly dry and barren as the mountains belong to the Saharan climate zone. But some stream channels created by occasional water runoff or from when the climate was much wetter than today, are visible.

The circle at the centre of the image is the Ouarkziz crater. Some 3.5 km across, the crater was created when a meteor hit Earth less than 70 million years ago, when dinosaurs still roamed the planet.

This image was captured by the Copernicus Sentinel-2A satellite on 9 March.