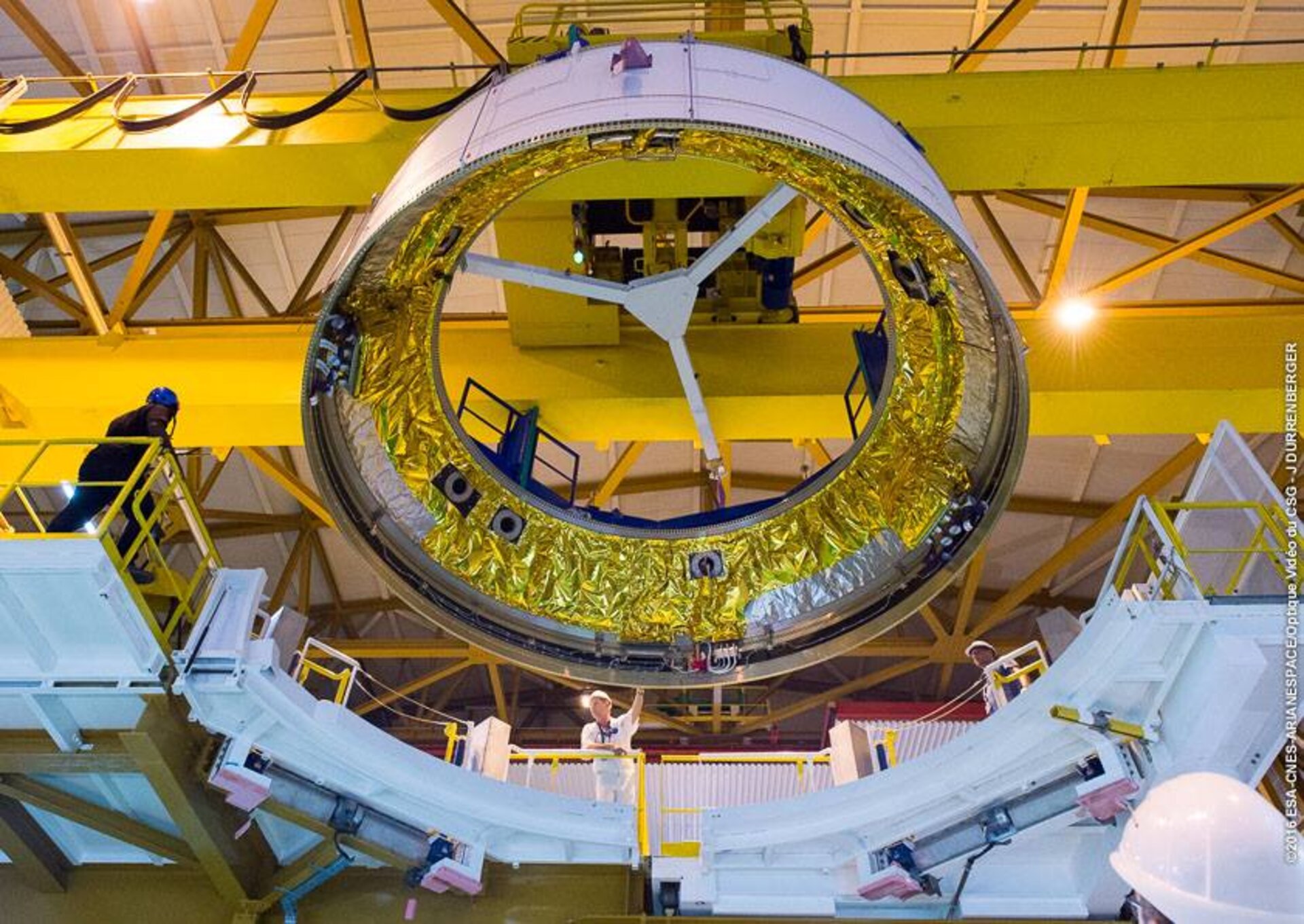 The Ariane 5 launcher that will lift four Galileo satellites into space is assembled at Europe's Spaceport in French Guiana. The modified Ariane 5 is set for launch on 17 November 2016.

The launch is a major step up for Galileo, Europe's satnav constellation. The 14 Galileo satellites already in orbit have been launched two at a time, by Soyuz from French Guiana.

Having 18 satellites in orbit should enable initial Galileo operational services to begin, a decision that will be taken by the European Commission, the system’s owner.

Two more Galileo launches by Ariane 5 are due in the next two years.