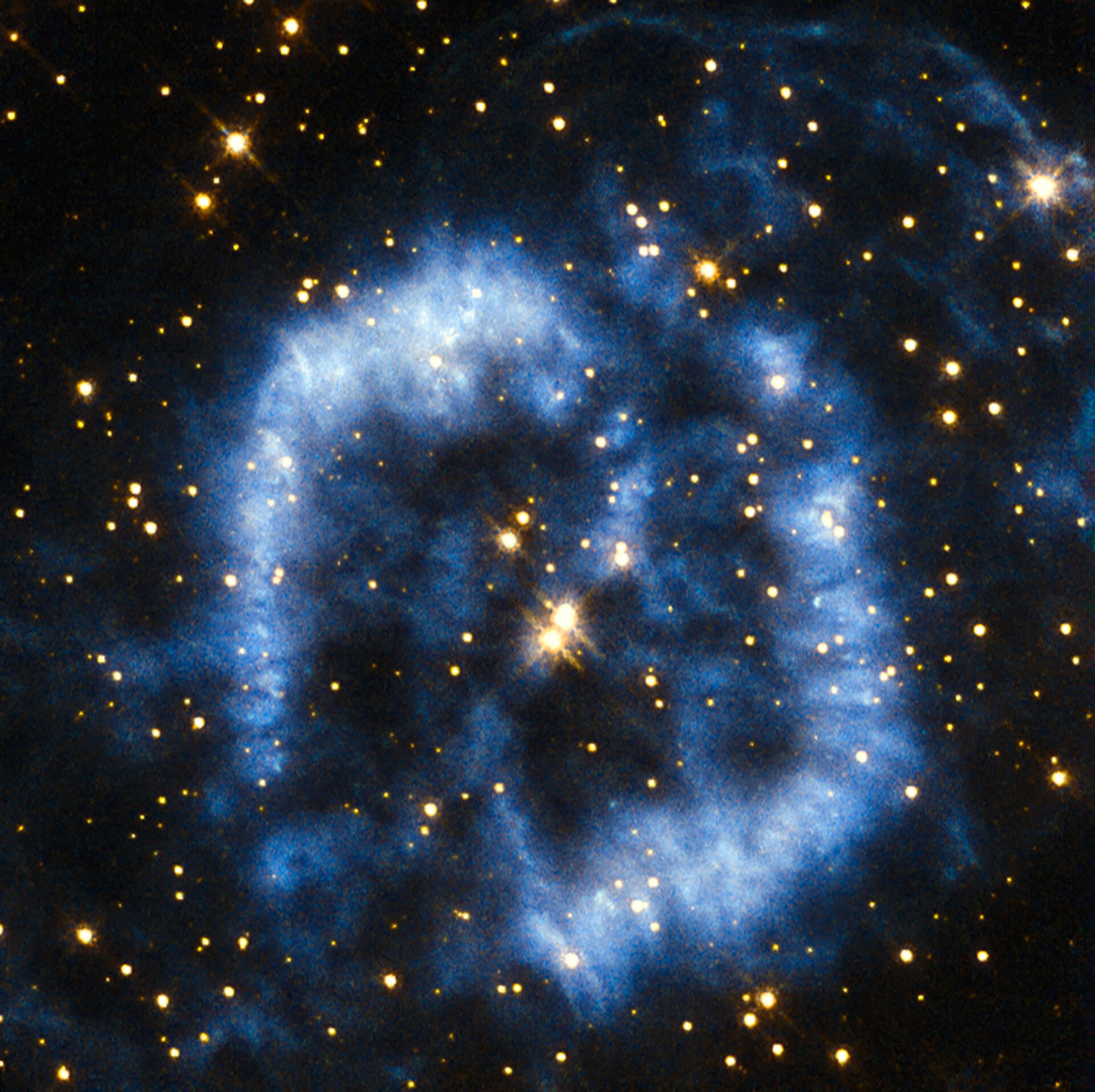 The two spiral arms winding towards the bright centre might deceive you into thinking you are looking at a galaxy a bit like our Milky Way. But the object starring in this image is of a different nature: PK 329-02.2 is a ‘planetary nebula’ within our home galaxy.

Despite the name, this isn’t a planet either. Planetary nebula is a misnomer that came about because of how much nebulas resembled giant, gaseous planets when looked through a telescope in the 1700s. Rather, what we see in this image is the last breath of a dying star.

When stars like the Sun are nearing the end of their lives, they let go of their gaseous outermost layers. As these clouds of stellar material move away from the central star they can acquire irregular and complex shapes. This complexity is evident in the faint scattered gas you see at the centre of the image. But there is also beautiful symmetry in PK 329-02.2, as the two bright blue spiral arms perfectly align with the two stars at the centre of the nebula.

It may look like the spiral arms are connected, but it is the stars that are companions. They are part of a visual binary, though only the one at the upper right gave rise to the nebula. While the stars will continue to orbit each other for millions or billions of years, the nebula – and its spiral arms – will spread out from the centre and eventually fade away over the next few thousands of years.

This planetary nebula with spiral arms is also known as Menzel 2, after the US astronomer Donald Menzel who discovered it in the 1920s. It is located in Norma, a constellation in the Southern celestial hemisphere where you can also find Menzel 1 and 3, two ‘bipolar planetary nebulas’ (shaped like butterflies or hourglasses).