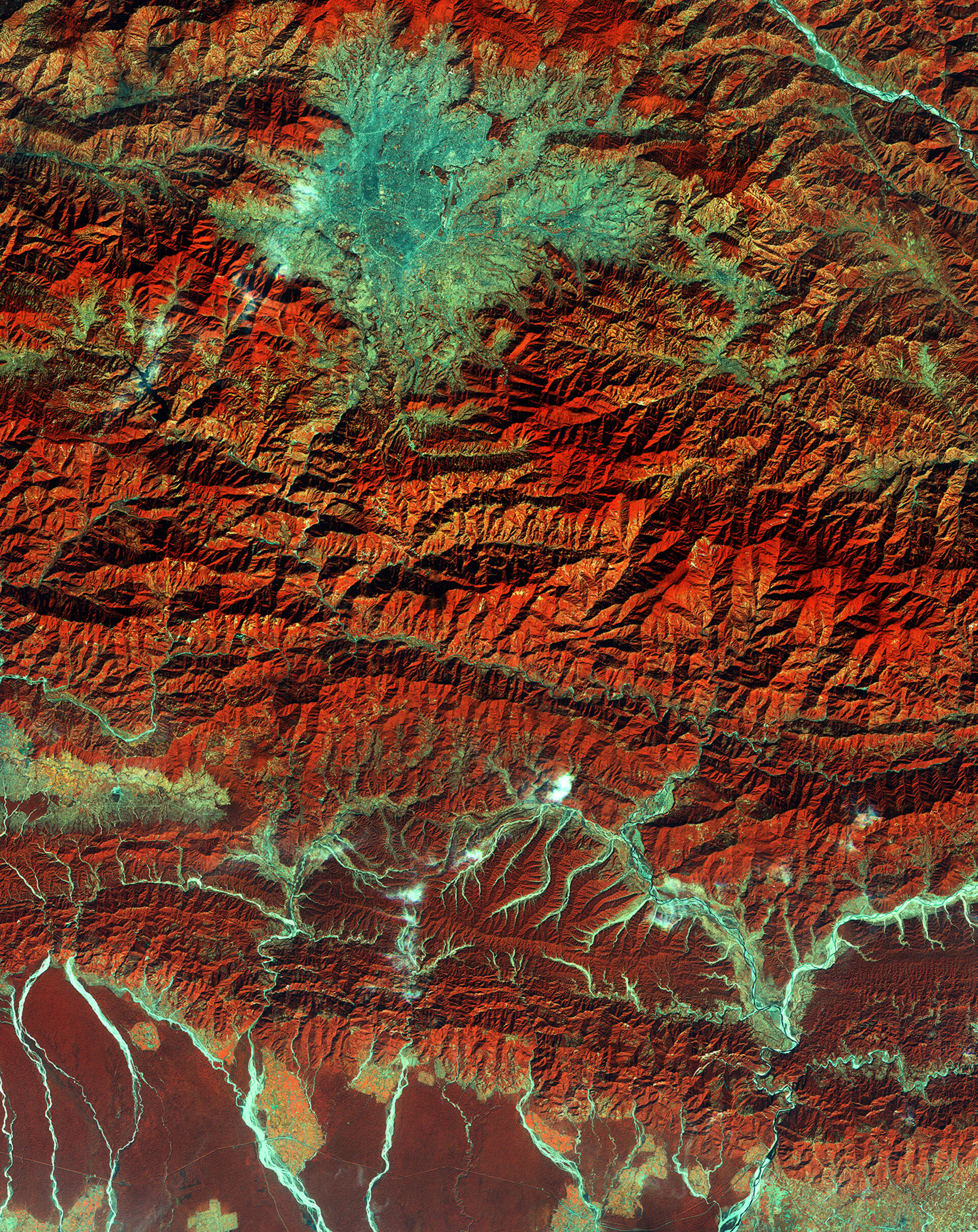 Part of Nepal including its capital city, Kathmandu, and the Himalayan foothills are pictured in this satellite image.

Vegetation appears red in this false-colour image, while waterways and buildings appear light green and blue.

Surrounded by four mountain ranges, Kathmandu valley at the top of the image is recognised as a UNESCO World Heritage Site for its temples and monuments. However, some of these sites collapsed during the April 2015 earthquake that struck the region, claiming thousands of lives and causing widespread damage throughout the valley.

One of the easier features to pick out of satellite images are airports, and the runways of the Tribhuvan International Airport are clearly visible near the centre of the valley.

A ‘ring road’ runs around central Kathmandu city and parts of surrounding cities, and from the southern tip of the airport runways we can follow the road south before it changes direction northwest and continues around the city.

This image demonstrates just a slice of Nepal’s varied terrain: from the mountains to the north to the plains in the south. We can see how water runs off of the mountains, forming large rivers that cut through the forested plain, with some areas of agriculture. The lower part of the image appears hazier than the mountainous areas because humidity is higher in the plains.

This image, also featured on the Earth from Space video programme, was captured by the Copernicus Sentinel-2A satellite on 28 December 2015.