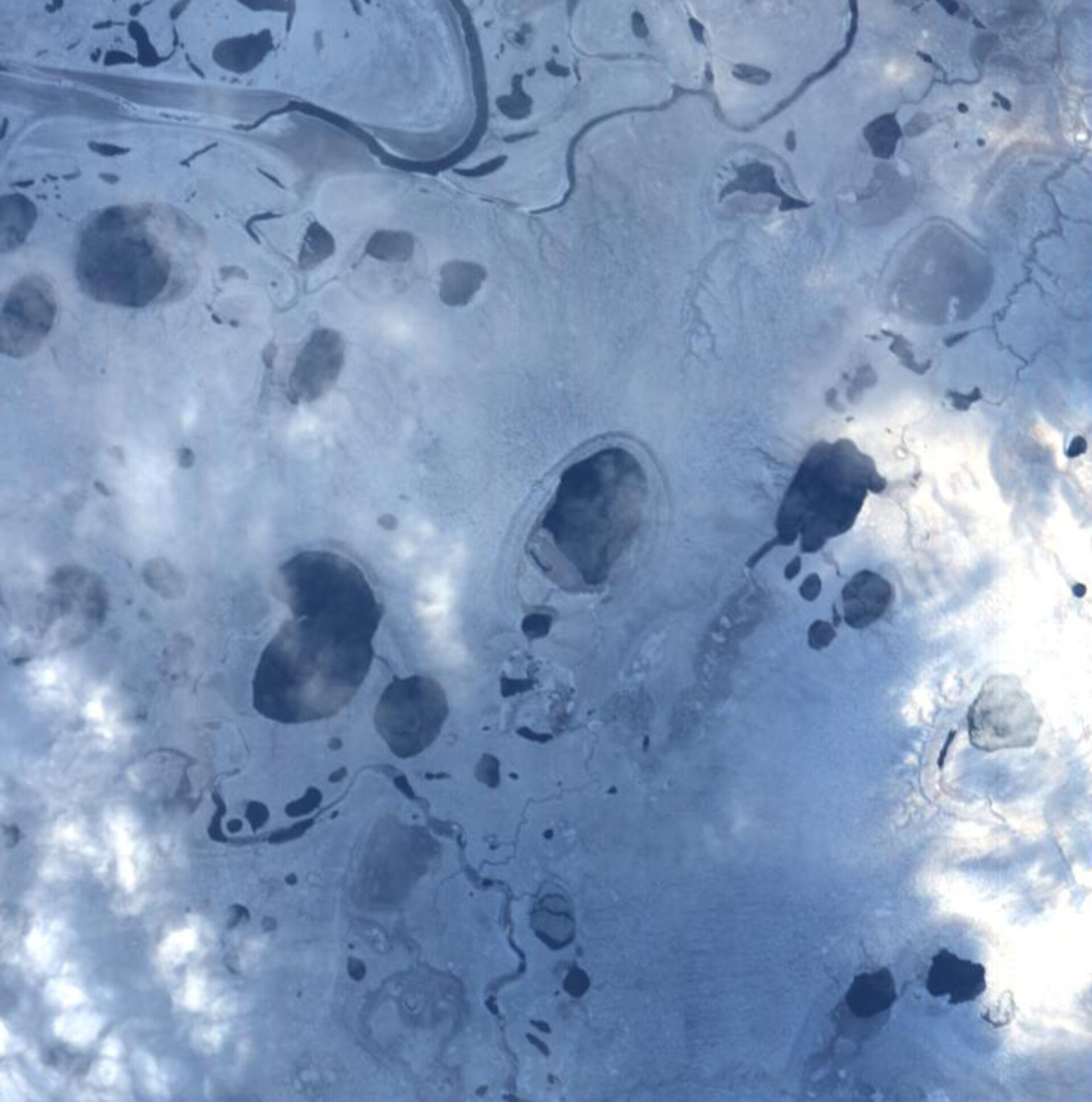 The Lena River is the 11th longest river in the world. It empties into the Laptev Sea through a 32 000 sq km delta, the largest such delta in the Arctic.

Protected as a wilderness reserve and nominated as a UNESCO World Heritage Site, the Lena River Delta spends much of the year frozen, but blossoms into a verdant wetland during the brief polar summer.

The cubic-metre Proba-1 is the first in ESA’s series of satellites aimed at flight-testing new space technologies. It was launched on 22 October 2001 but is still going strong, having since been reassigned to ESA’s Earth observation duties.

Proba-1’s main hyperspectral CHRIS imager records 15 m-resolution scenes across a programmable selection of up to 62 spectral bands, from a variety of viewing angles. CHRIS is supplemented by a 5 m-resolution black-and-white microcamera.

Other innovations included what were then novel gallium-arsenide solar cells, the use of startrackers for gyroless attitude control, one of the first lithium-ion batteries – now the longest such item operating in orbit – and one of ESA’s first ERC32 microprocessors to run Proba-1’s agile computer.

Proba-1 led the way for the Sun-monitoring Proba-2 in 2009, the vegetation-tracking Proba-V in 2013 and the Proba-3 precise formation-flying mission planned for 2019.