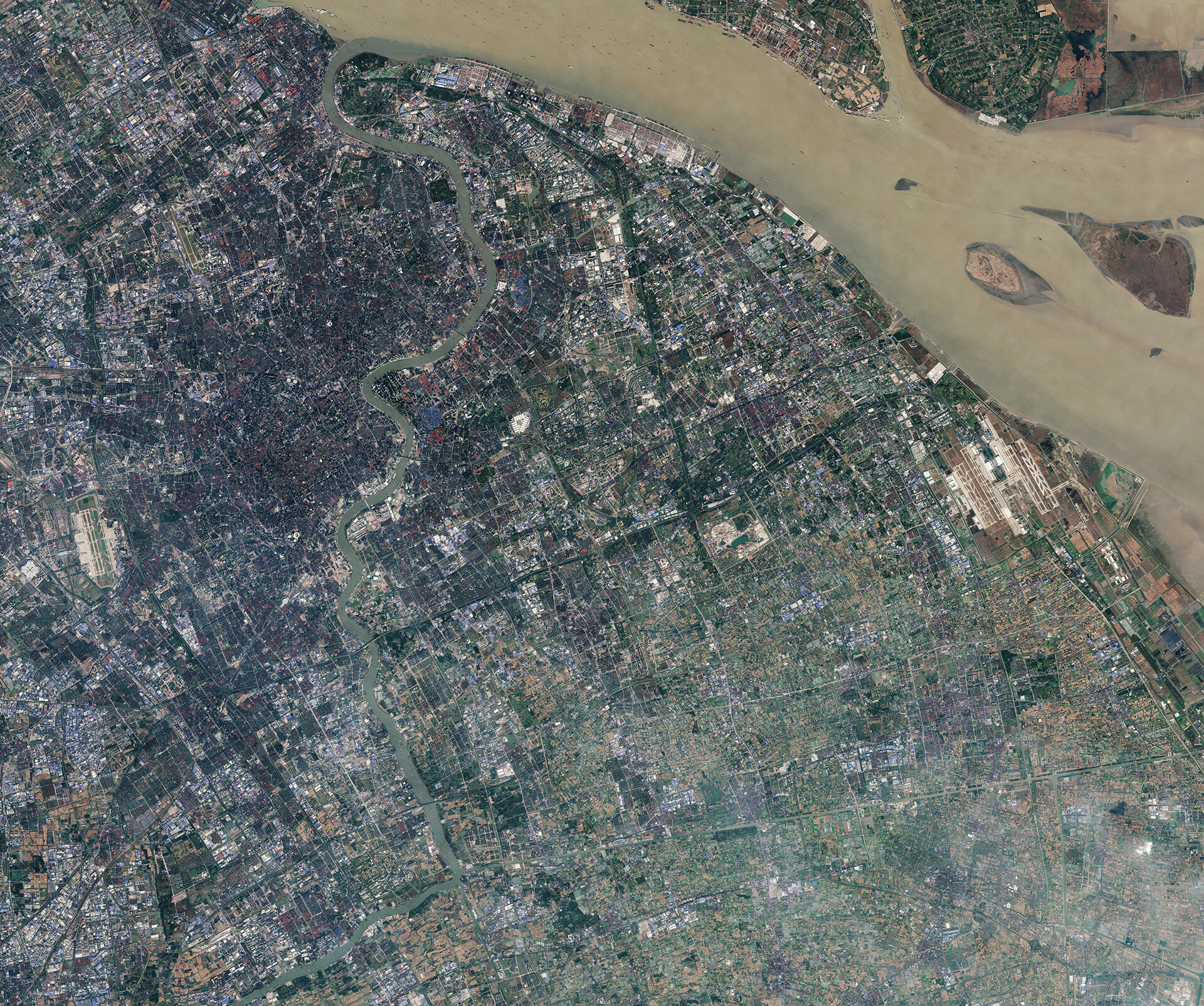 The Chinese city of Shanghai is pictured in this Sentinel-2A image from 16 December 2015.

As well as the country’s most populous city – with over 24 million people – this global financial centre is also the site of the world’s busiest container ports owing to its strategic location on the Yangtze River Delta.

If we take a closer look at the Yangtze along the top of the image, we can see multiple ships in its waters, as well as in the smaller tributary – the Huangpu River – flowing through the city centre.

Shanghai’s famous skyline is located on a peninsula on the east side of the river near the centre of the image. What was mainly farmland and countryside until about two decades ago is now home to Shanghai’s skyscrapers, including the Oriental Pearl Tower, casting long dark shadows.

Another noticeable feature in this area are the brightly coloured rooftops of housing projects in red and blue.

The city’s historic centre sits on the opposite side of the Huangpu River, appearing darker in colour owing to its dense population. In fact, half of Shanghai’s residents live in this district.

The Sentinel-2 mission for Europe’s Copernicus programme is tasked with monitoring our changing lands, and that includes cities. With its high-resolution imager, it can track urban expansion and assist urban planners to ensure the sustainable management of densely populated areas.