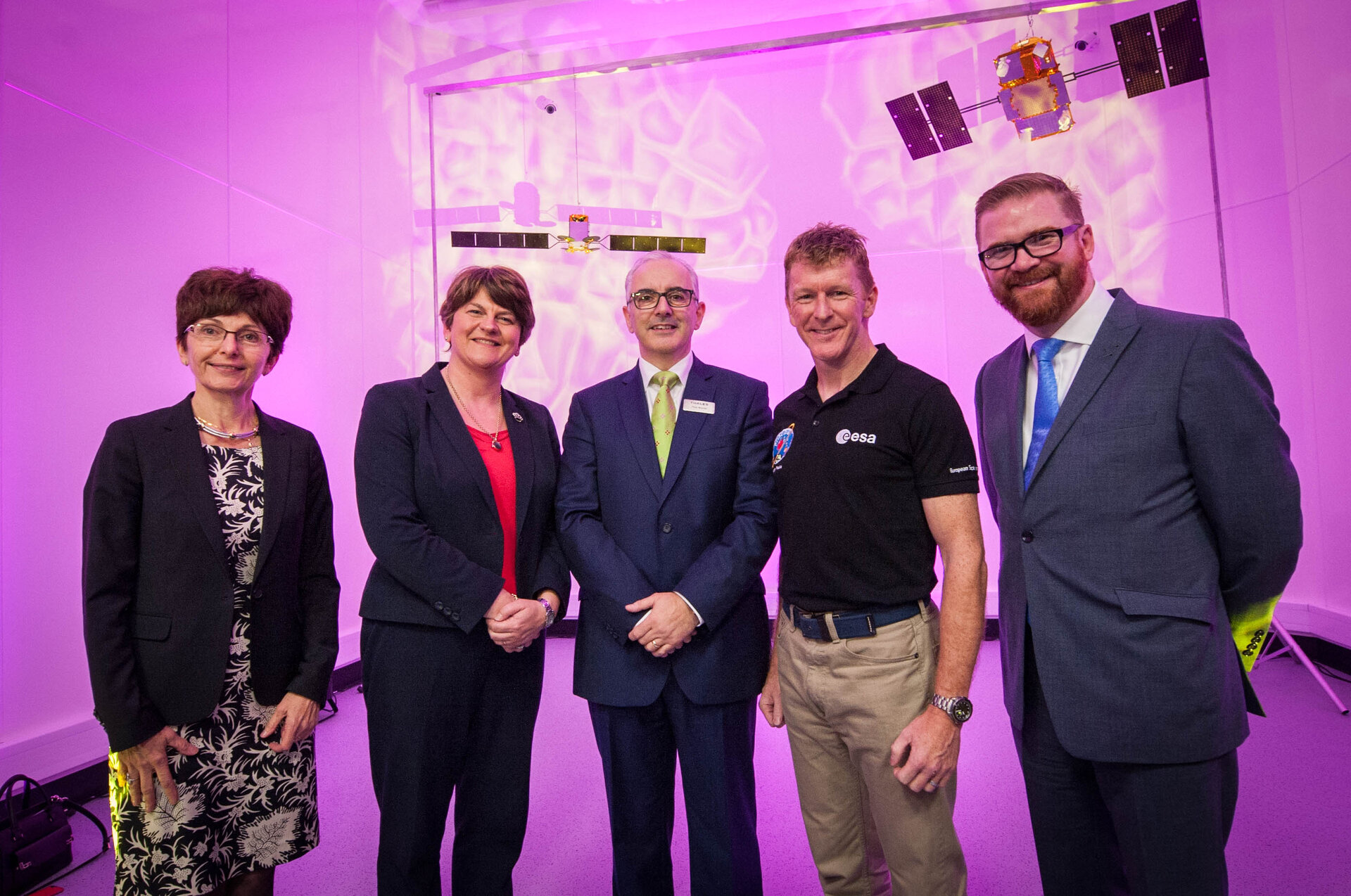 On 18 October 2016, Thales UK opened its Electric Propulsion Integration Centre in Belfast, Northern Ireland, the first of its kind in the UK. It will expand Europe’s all-electric satellite capability as part of ESA’s Neosat programme.

ESA astronaut Tim Peake cut the ribbon at the inauguration event in during his postflight tour of the UK.