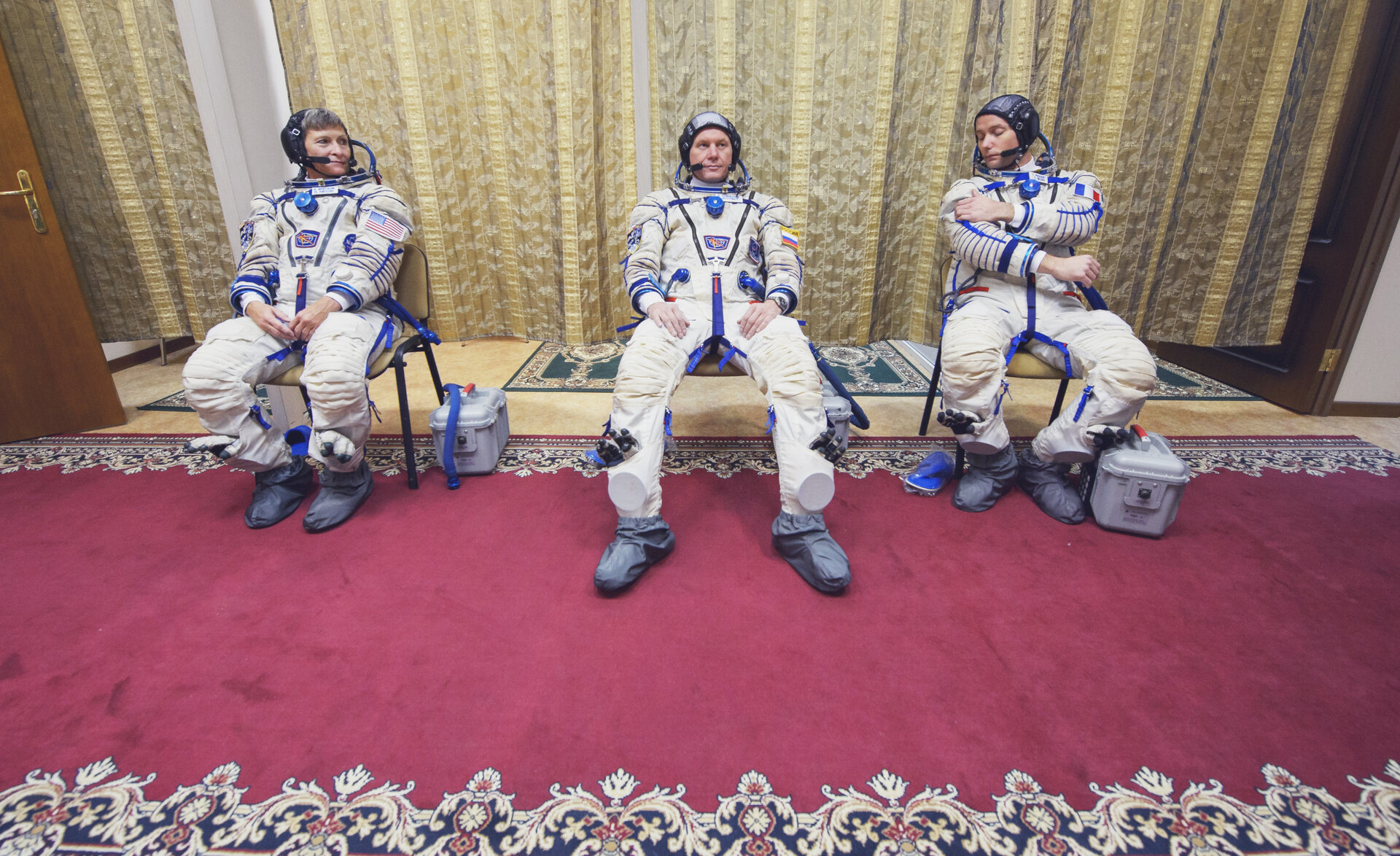 Dressed in their Sokol suits, NASA astronaut Peggy Whitson, Roscosmos commander Oleg Novitsky and ESA astronaut Thomas Pesquet are ready for the final examination on the Soyuz spacecraft that will take them to the International Space Station next month.

The exams are held at Star City near Moscow, Russia, in a mockup Soyuz. Over many hours the astronauts enact a launch and docking to the International Space Station, with instructors throwing in a few malfunctions for good measure.

Based on how they perform, the trio will be declared fit to fly the Soyuz. They will fly to the Station on a new model of Soyuz ferry designated MS: ‘modernised systems’. This will be the third launch of the lighter, upgraded vehicle. A new spacecraft means new flight procedures, so Oleg, Thomas and Peggy have more homework than usual to master the controls.

Thomas will act as copilot to commander Oleg, assisting him during the critical phases of launch, docking and landing.