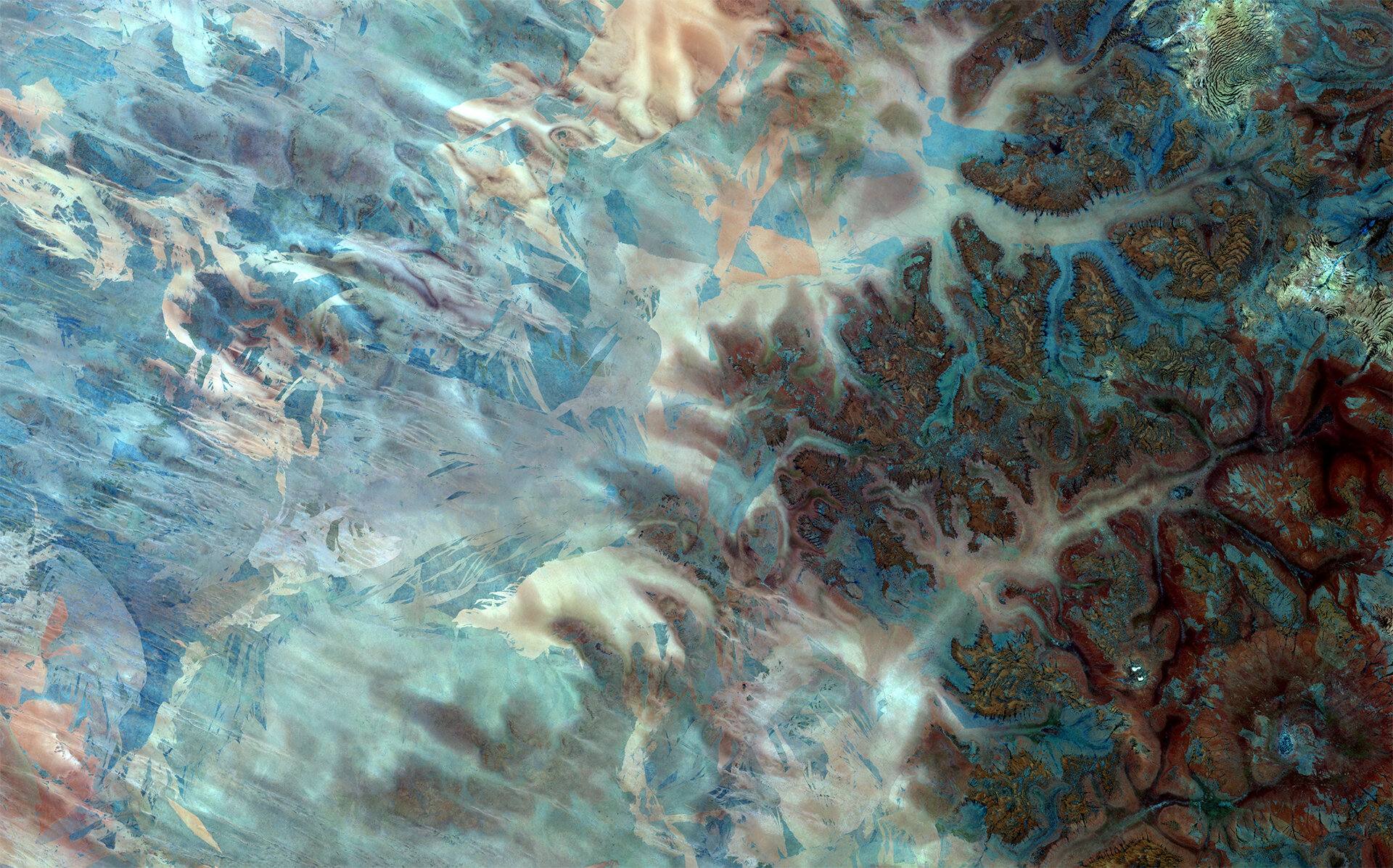 The Sentinel-2A satellite takes us over the Gibson Desert in Western Australia in this false-colour image.

Covering an area of over 150 000 sq km, the desert sports gravel terrains covered by desert grasses, as well as red sandy plains and dunefields. A drought in the 1980s forced the indigenous Pintupi people to the central-eastern area of the desert, where they made contact with Australian society in what is believed to be one of the last first-contact events in Australia.

On the left side of this false-colour image we see many strange shapes in varying shades of blue. These are the remnants of areas purposefully burned by the Pintupi people to encourage plant growth or drive game animals into the open.

Many of the Pintupi people moved to settlements when the British military began testing missile in the region in the 1950s. The areas that they had burned became overgrown, becoming even more susceptible to manmade or lightning-caused fires, which then burn out of control, leaving behind large burn scars.

In the lower-right corner of the image we can make out a circular structure. This is the Connolly Basin impact crater, believed to have been formed around 60 million years ago. Some 9 km across, the rim rises 25–30 m above the crater’s basin.

This image was captured by the Copernicus Sentinel-2A satellite on Christmas Day in 2015, and is also featured on the Earth from Space video programme.