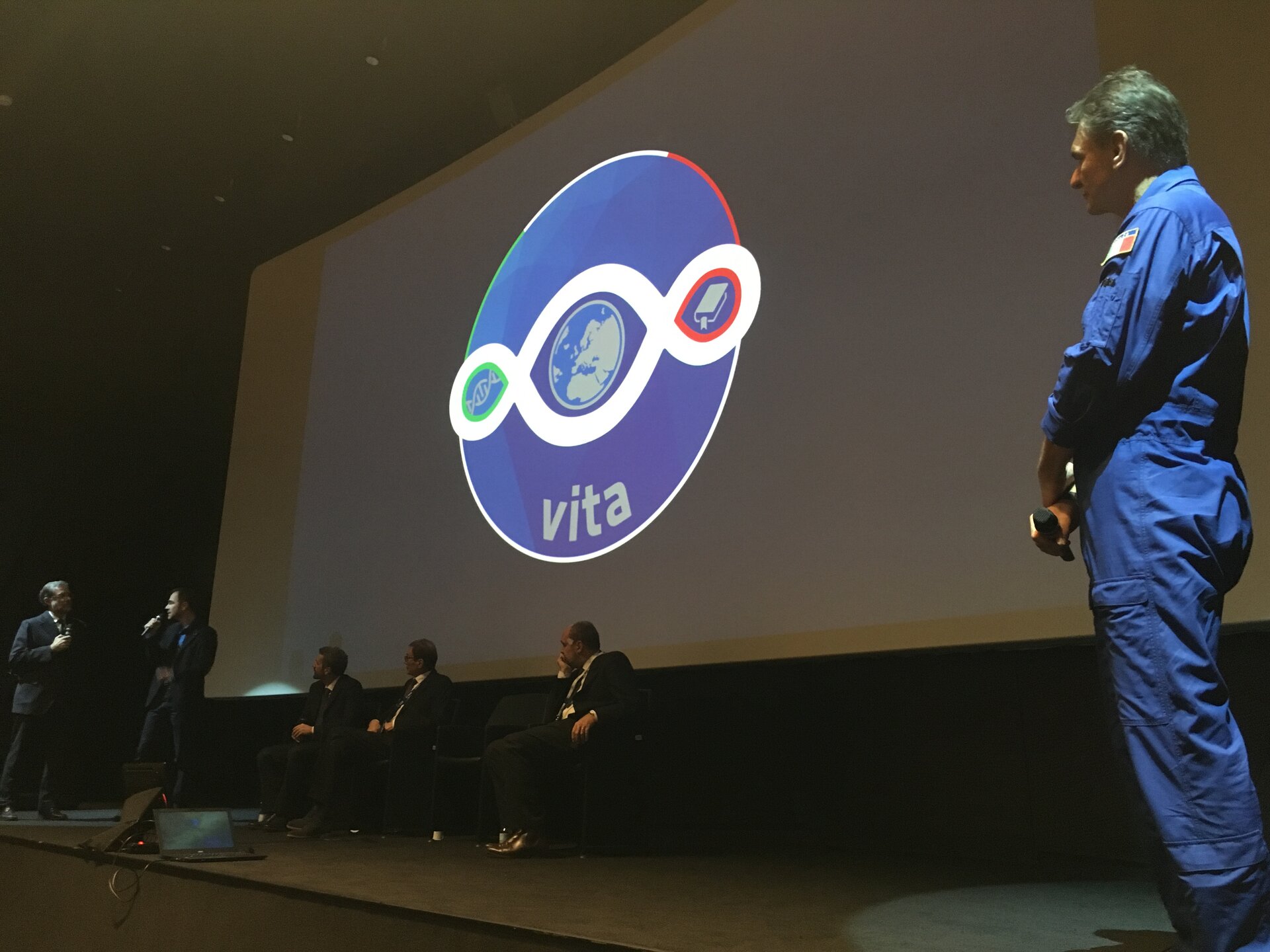 ESA astronaut Paolo Nespoli will be launched to the International Space Station next year for his third spaceflight. The name and logo for his mission were announced at an event in Rome, Italy, on 24 November 2016.

Vita stands for Vitality, Innovation, Technology and Ability and was chosen by Italy’s ASI space agency, which is providing the mission through a barter agreement with NASA.

In Italian, 'vita' means 'life', reflecting the experiments that Paolo will run and the philosophical notion of living in outer space – one of the most inhospitable places for humans.