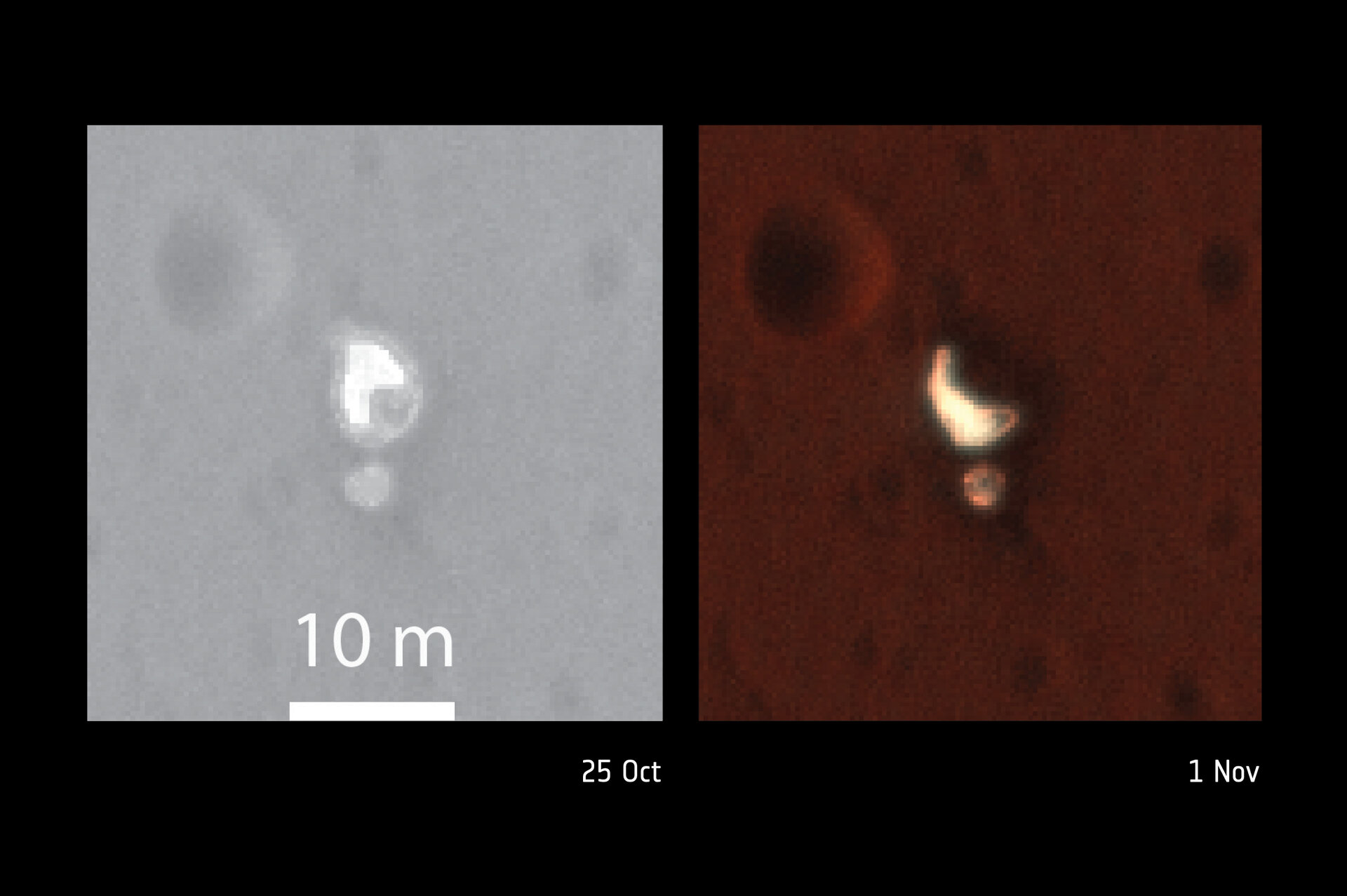 Schiaparelli parachute moves in the wind

A comparison of the 25 October image taken by NASA’s Mars Reconnaissance Orbiter HiRISE camera with that taken on 1 November. In the week that elapsed, the outline of Schiaparelli’s parachute on the martian surface has apparently changed, which is interpreted as movement due to local wind.

The parachute has a maximum diameter of 12 m, and it is attached to the rear heatshield, which measures about 2.4 m across.

Aside from the obvious difference of the 1 November being in colour, the images have slightly different projections: in the colour image north is about 7º west of straight up. In addition, the 25 October image was looking to the east, while the 1 November image was taken looking slightly to the west.