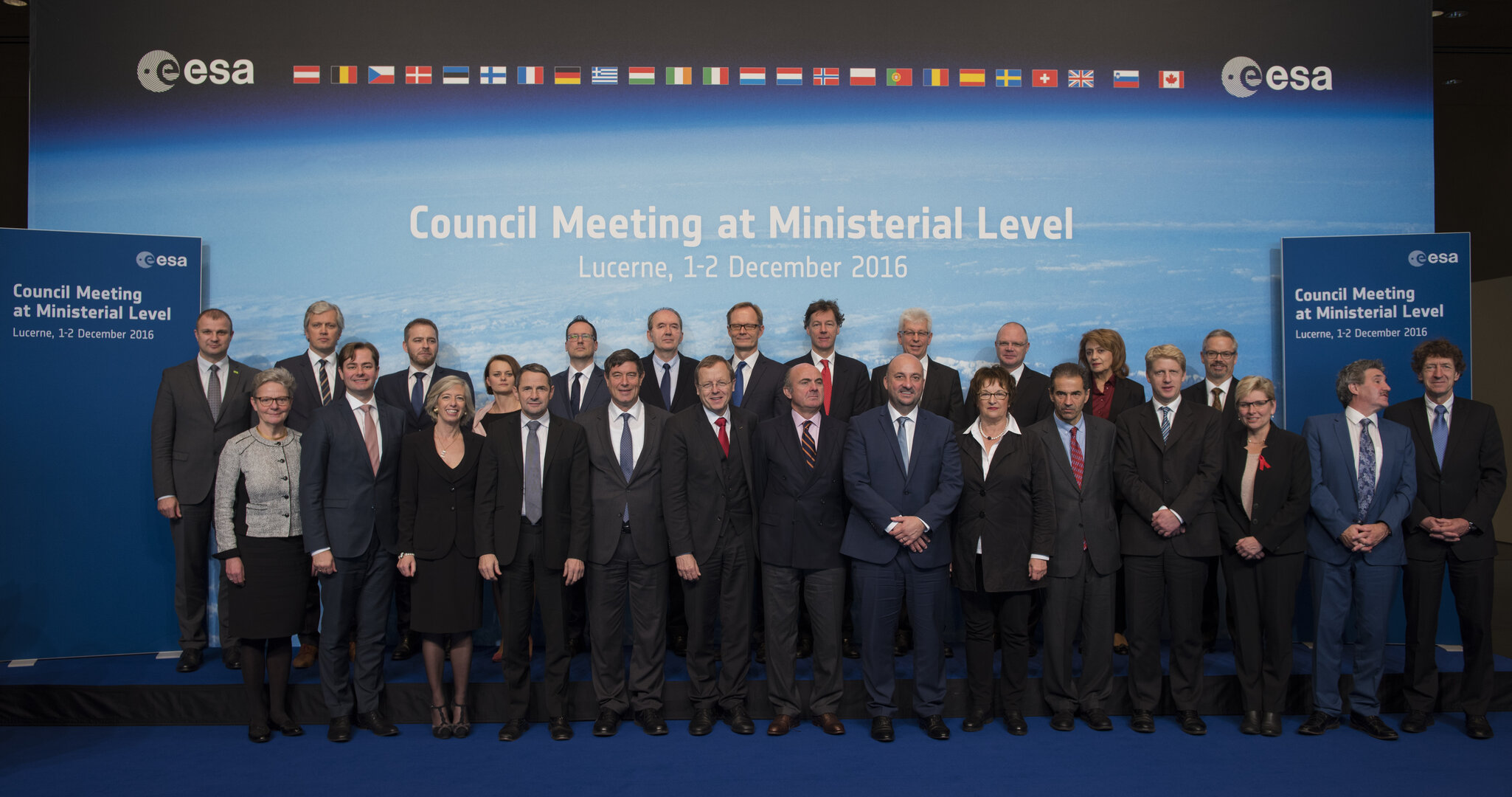 European ministers and representatives at the ESA Council at Ministerial Level, in Lucerne, on 1-2 December 2016

European ministers and representatives in charge of space activities from the 22 ESA Member States, plus Slovenia, and Canada met to decide future space activities for Europe, on 1-2 December 2016, in Lucerne, Switzerland.