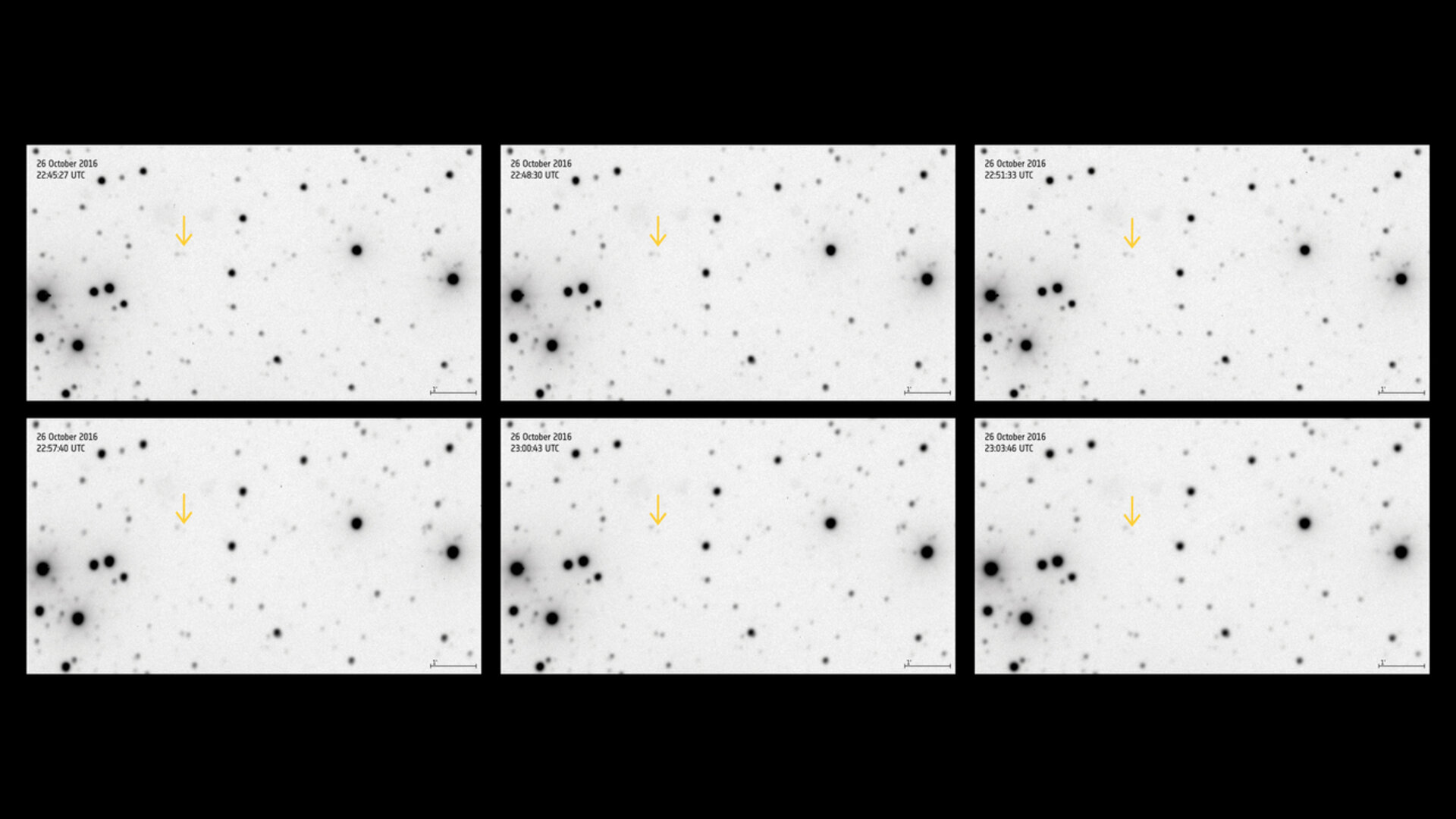 These six images show the asteroid Gaia-606 (indicated by an arrow) on 26 October 2016. The images, spanning a period of a little more than 18 minutes, were taken at the Observatoire de Haute Provence in southern France by William Thuillot, Vincent Robert and Nicolas Thouvenin (Observatoire de Paris/IMCCE).

Gaia-606 was discovered in October 2016 when Gaia data hinted at the presence of a faint, moving source in this region of the sky. Astronomers immediately got to work and predicted the asteroid's position as seen from the ground over a period of a few days. The follow-up observations by Thuillot and his colleagues showed this was an asteroid that did not match the orbit of any previously catalogued Solar System object. Further investigation revealed some sparse observations of this object already existed; Gaia-606 has now been renamed 2016 UV56.