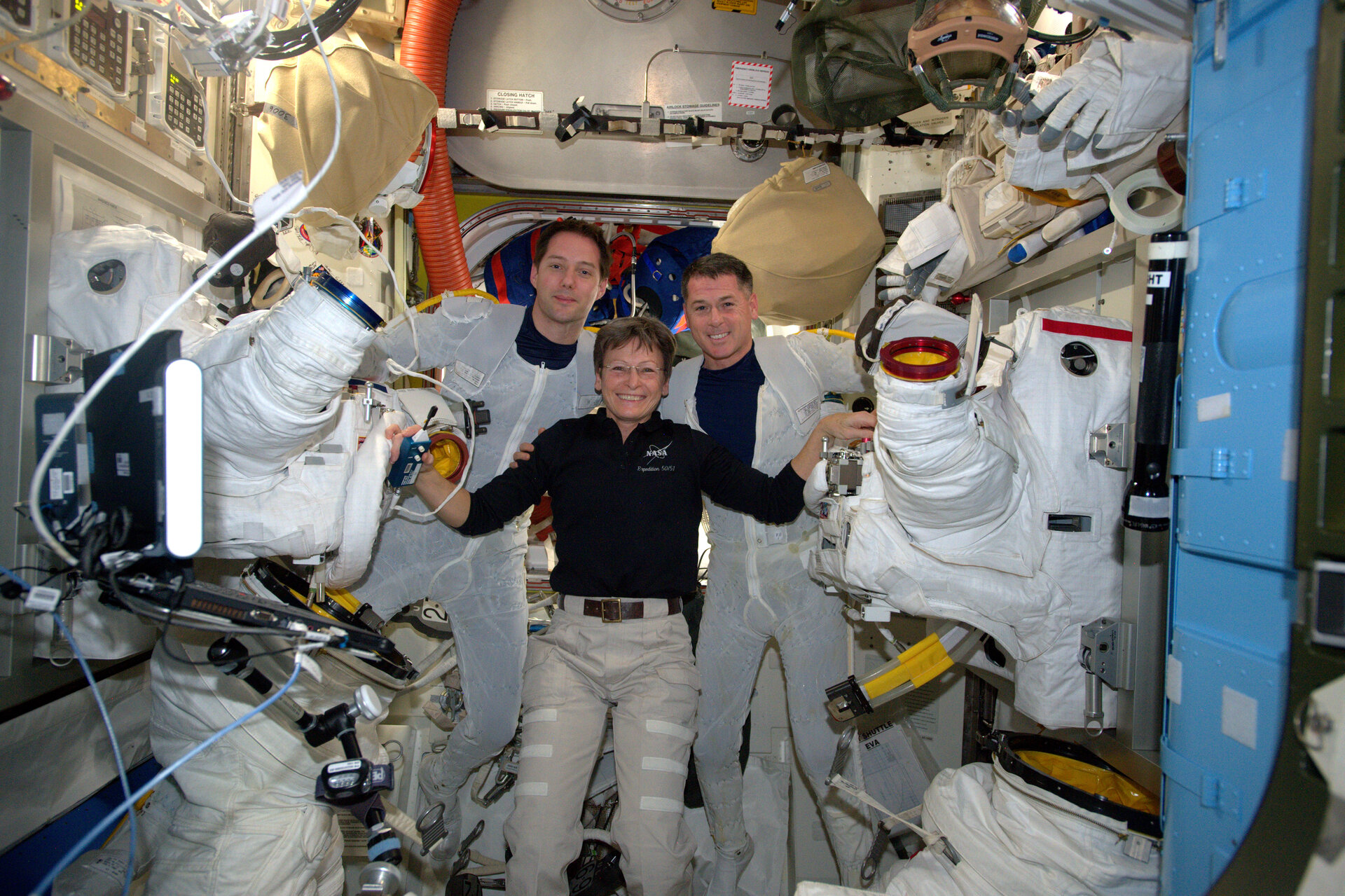 Thomas and Shane’s spacewalk is the second to work on the batteries. Peggy and Shane spent six hours and 32 minutes outside installing adapter plates and connecting three of the six new batteries on Friday 6 January.

Thomas practised this spacewalk for months on Earth at NASA’s Johnson Space Center, USA, and has spent the last few weeks in space working intensively to prepare the spacesuits and tools for the sortie.