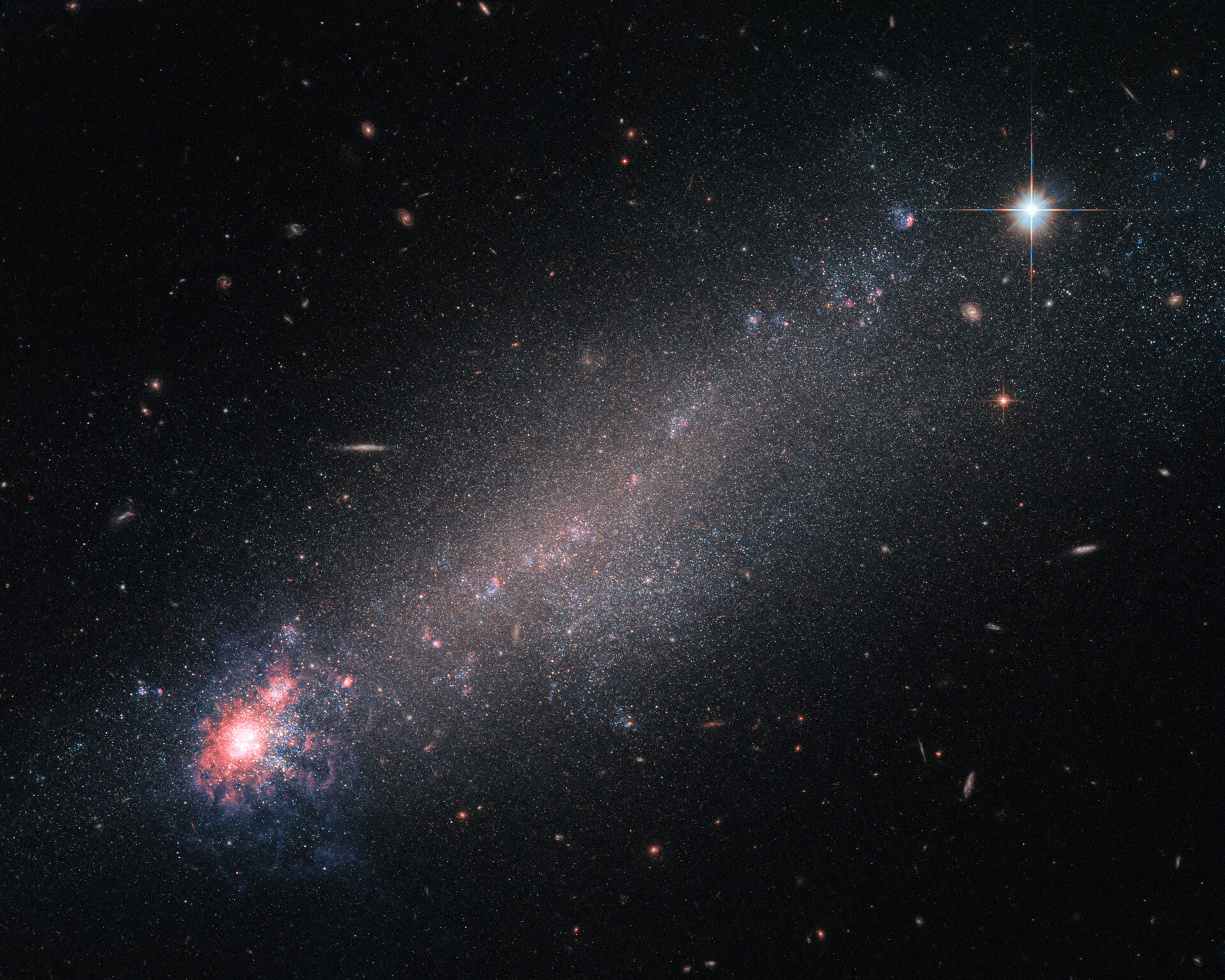 Starbirth with a chance of winds?

The lesser-known constellation of Canes Venatici (The Hunting Dogs), is home to a variety of deep-sky objects — including this beautiful galaxy, known as NGC 4861. Astronomers are still debating on how to classify it: While its physical properties — such as mass, size and rotational velocity — indicate it to be a spiral galaxy, its appearance looks more like a comet with its dense, luminous “head” and dimmer “tail” trailing behind. Features more fitting with a dwarf irregular galaxy.
Although small and messy, galaxies like NGC 4861 provide astronomers with interesting opportunities for study. Small galaxies have lower gravitational potentials, which simply means that it takes less energy to move stuff about inside them than it does in other galaxies. As a result, moving in, around, and through such a tiny galaxy is quite easy to do, making them far more likely to be suffused with streams and outflows of speedy charged particles known as galactic winds, which can flood such galaxies with little effort.
These galactic winds can be powered by the ongoing process of star formation, which involves huge amounts of energy. New stars are springing into life within the bright, colourful ‘head’ of NGC 4861 and ejecting streams of high-speed particles as they do so, which flood outwards to join the wider galactic wind. While NGC 4861 would be a perfect candidate to study such winds, recent studies did not find any galactic winds in it.