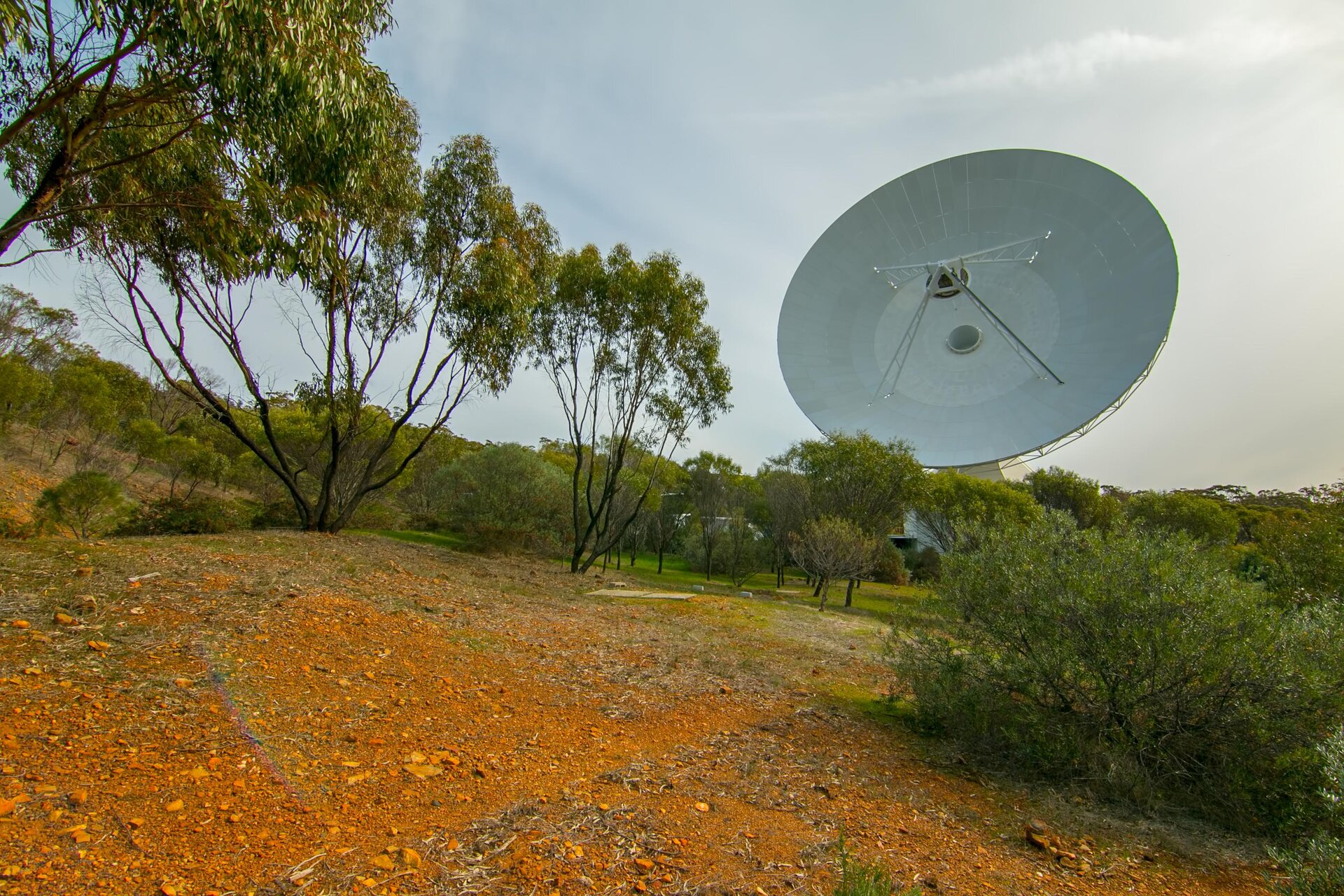 In Australia, you can see a lot of red soil, which is red for the same reason that Mars appears red: iron oxide.

This image was taken by Dylan O’Donnell, a keen amateur photographer from Byron Bay, and highlights ESA’s deep-space tracking dish at New Norcia, in Western Australia, about 120 km from Perth.

Dylan recently examined a sample of western Australian soil up close, and wrote: “The grains are covered with fine red dust, and small black rocks. I dragged a strong magnet through the sample, which separates out the black – it’s iron! The red dust of course is the oxidised iron, which flakes away from the original metal literally covering the Earth in rust – exactly like Mars. Coastal sand has iron in it too, and you can separate it with a magnet – but this red sand from Australia’s interior has a much higher ratio.”

Last year, it won the honour of making ESA’s most distant catch ever, receiving radio signals from the international Cassini orbiter at Saturn, transmitted across 1.44 billion km of space. It will continue listening to Cassini this year as the orbiter makes its ‘Grand Finale’ tour of the ringed planet.

Today, 26 January, is also Australia’s national day. Best wishes to everyone Down Under!