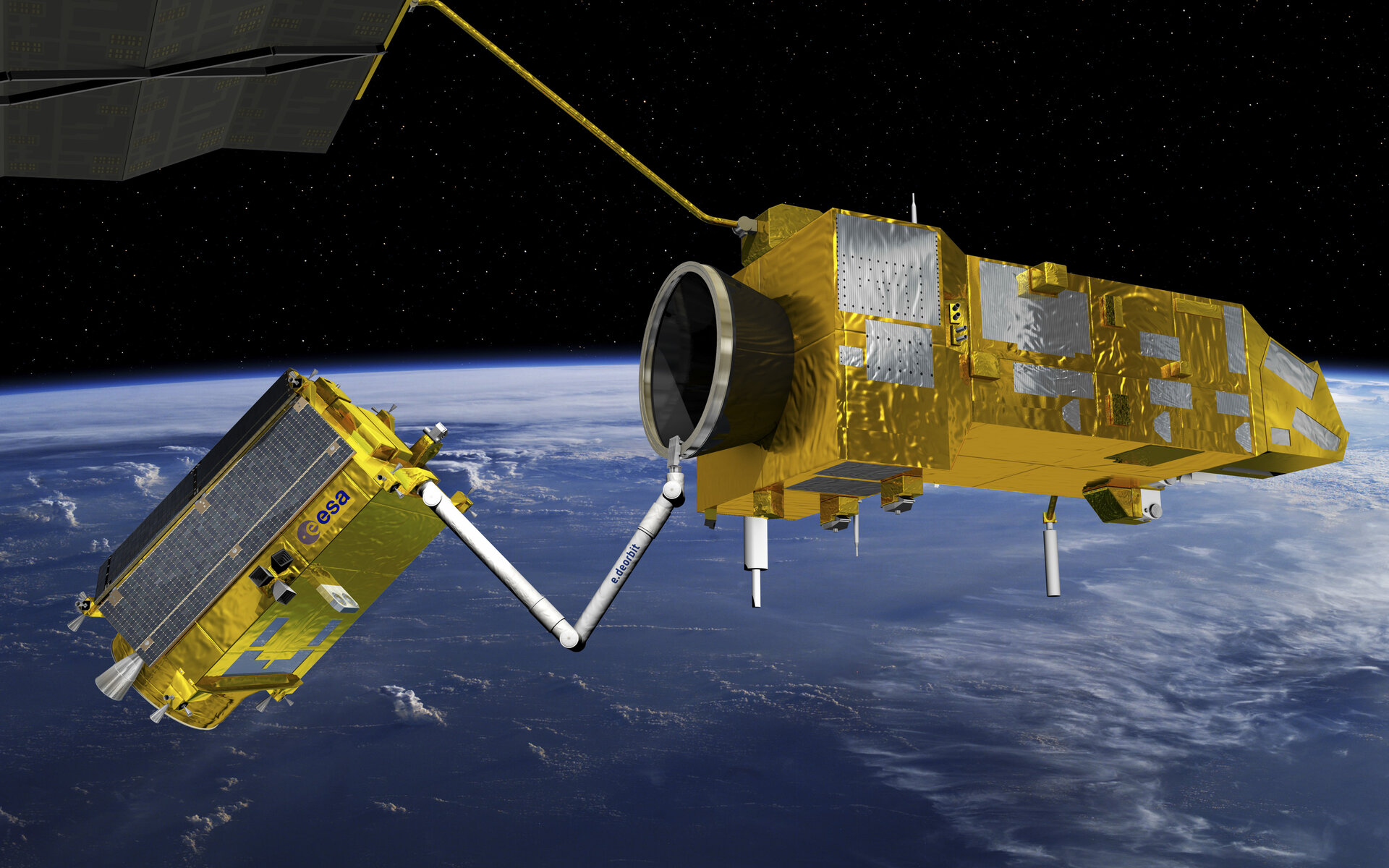 ESA’s proposed e.Deorbit mission, shown left, using a robotic arm to catch a derelict satellite – the baseline capture method for what would be the world’s first active space debris removal mission, in 2024.

The Agency’s member state ministers in December 2016 strongly supported a ‘maturation phase’ for e.Deorbit, to foster the various advanced technologies required to make the mission feasible, from autonomous guidance to advanced images processing, along with a suitable capture mechanism.

The mission would first rendezvous with a large, drifting ESA satellite, then capture and secure it safely ahead of steering the combination down for a controlled burn-up in the atmosphere.

As well as the baselined robot arm, additional capture technologies are being investigated, including a net and harpoon.

In any case, grappling the derelict satellite would have to be done in a very rapid and precise manner to prevent e.Deorbit and its target rebounding.

The mission, being developed through ESA’s Clean Space initiative – tasked with safeguarding terrestrial and orbital environments – will be proposed for final agreement at ESA’s next Council at Ministerial Level, in 2019. It will place European industry at the forefront of the world’s active debris removal efforts and multipurpose space tugs.