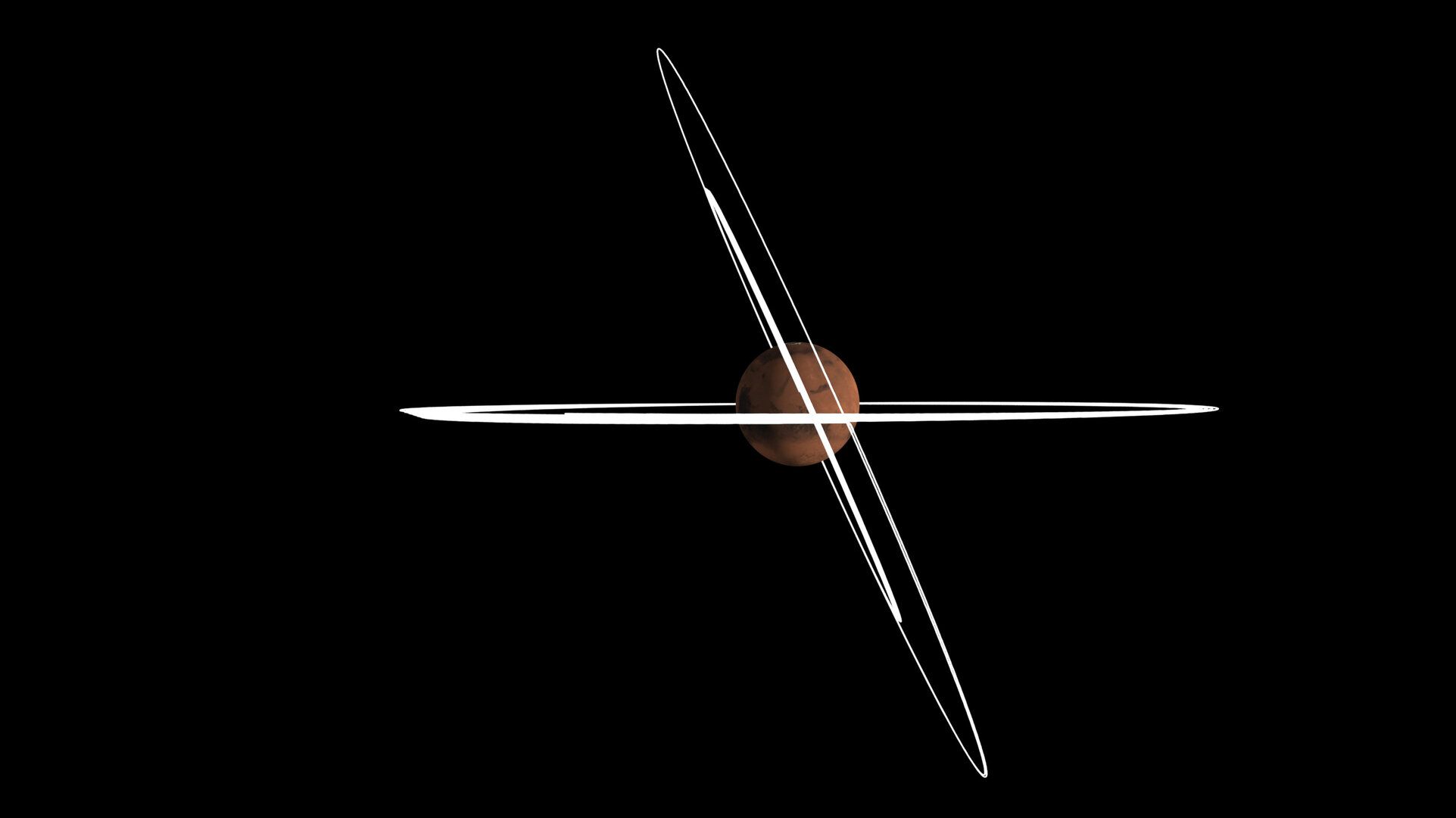 This image indicates the angle of TGO’s orbit before and after the orbital inclination change manoeuvres in 2017.