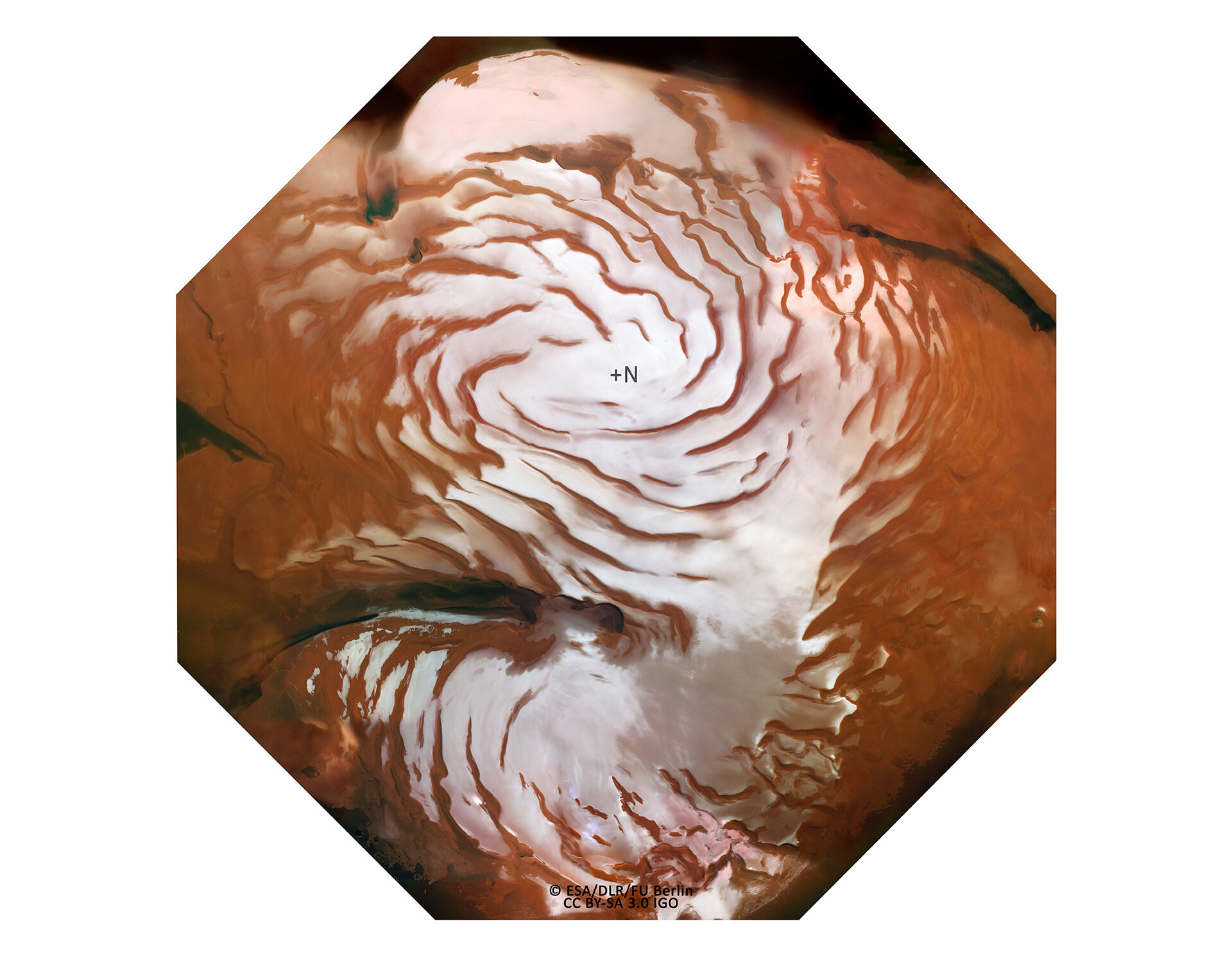 This colour moasic was generated from 32 individual orbit ‘strips’ captured between 2004 and 2010 by the High Resolution Stereo Camera onboard ESA’s Mars Express. The position of the north pole is marked.

The ice cap covers an area of around one million square kilometres, and has a volume equivalent to almost half the size of the Greenland ice sheet on Earth. It has a persistent water-ice cap about 2 km deep, with an additional thin layer of carbon dioxide ice in cold winter months. Dark trenches etched into the ice form a spiral-like pattern.

More information: Swirling spirals at the north pole of Mars