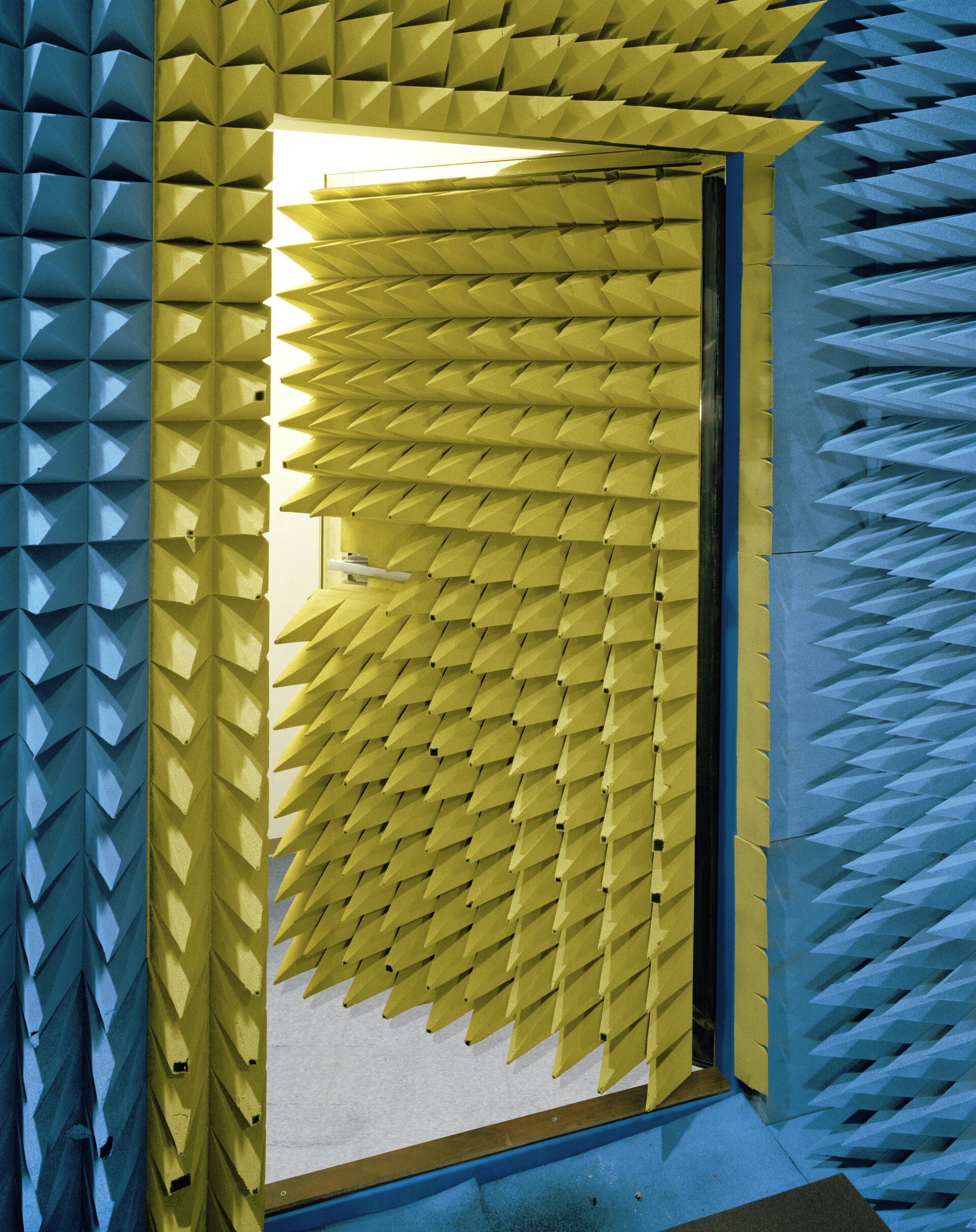 The doorway out of ESA’s Hertz test chamber, used to test the radio performance of large space antennas, as captured by photographer Edgar Martin.

Part of ESA’s technical heart in the Netherlands, the metal-walled ‘Hybrid European Radio Frequency and Antenna Test Zone’ chamber is shut off from all external influences.

Portuguese-born Edgar Martins has collaborated closely with ESA to produce a comprehensive photographic survey of the Agency’s various facilities around the globe, together with those of its international partners.

The striking results were collected in a book and exhibition, entitled The Rehearsal of Space and The Poetic Impossibility to Manage the Infinite.