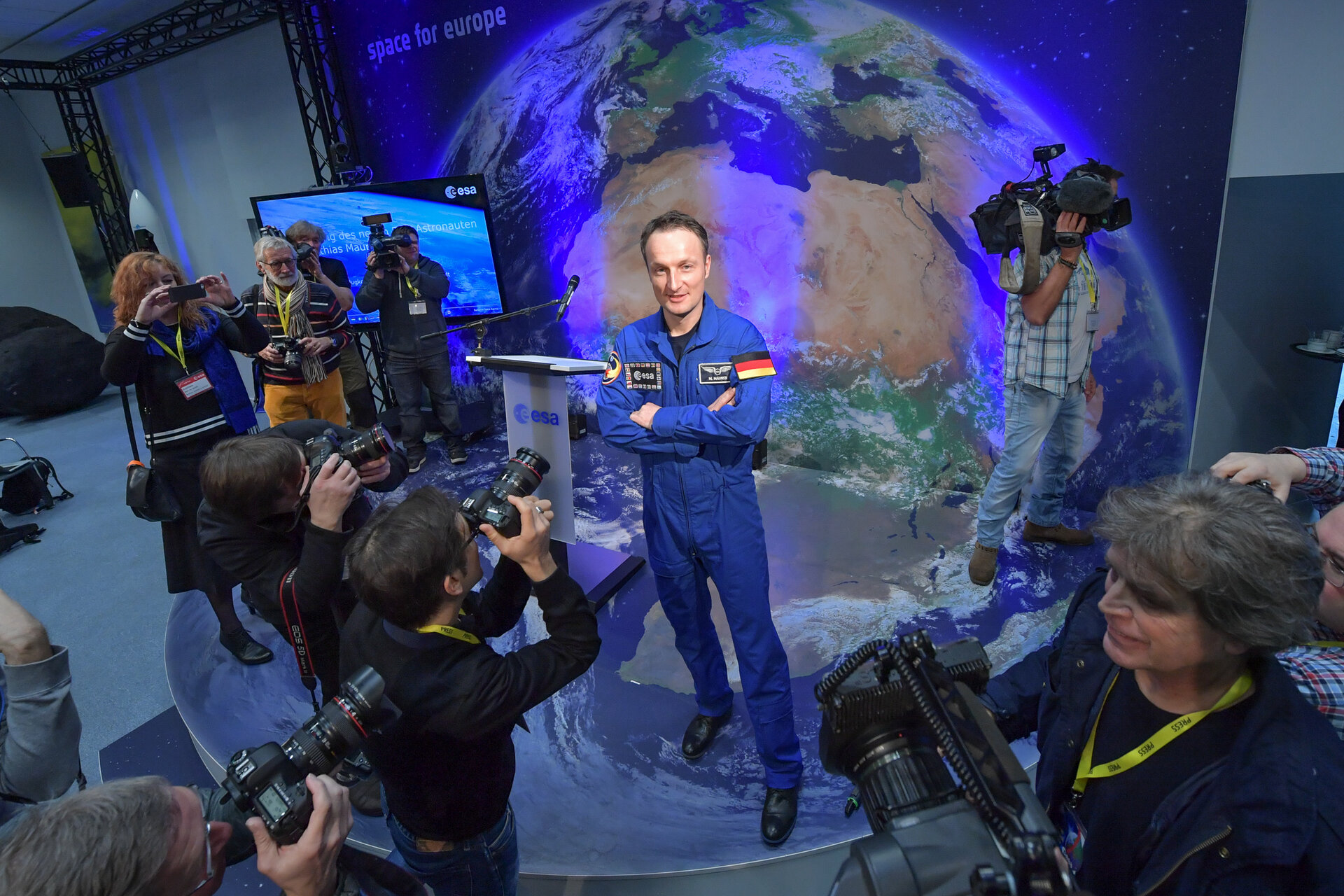 ESA's new astronaut, Matthias Maurer, was presented to the press gathered at the European Space Operations Centre in Darmstadt, Germany, on 2 February 2017.

Matthias was among the 10 finalists in 2009 astronaut selection, and is now undergoing basic training at the European Astronaut Centre in Cologne, Germany.

Matthias Maurer’s nomination reflects the Agency’s success in the Station programme bringing new flight opportunities in the near future.

Connect with Matthias at matthiasmaurer.esa.int