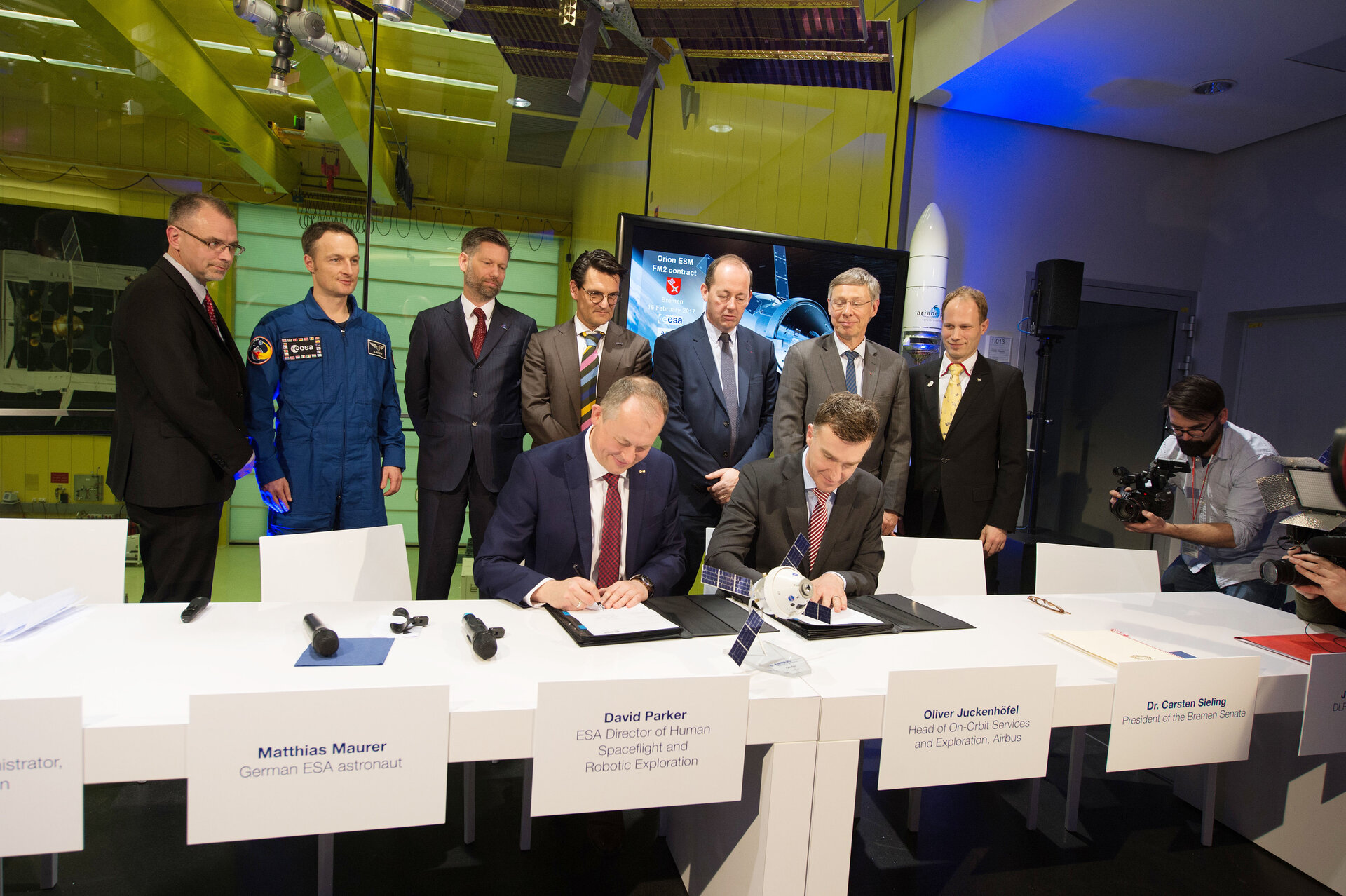 ESA Director of Human Spaceflight and Robotic Exploration David Parker and Oliver Juckenhöfel, Head of the Airbus space site in Bremen and responsible for On-Orbit Services and Exploration, sign the industrial contract for Orion spacecraft's first astronaut mission, at Airbus Defence and Space, Bremen, on 16 February 2017.

ESA signed the contract with Airbus Defence and Space to build the second European Service Module at the integration hall in Bremen, Germany, where the first module is already being built.

A European Service Module will power NASA’s Orion spacecraft beyond the Moon and back in 2018. ESA and Airbus Defence and Space have agreed with NASA to build a second module for a second mission with astronauts for launch as early as 2021.

Humans are going to leave low orbit for the first time since 1972 and European hardware will provide propulsion, electrical power, water, thermal control and atmosphere for the crew of up to four.

The agreement is a further extension of ESA and NASA’s collaboration in human spaceflight continuing from the International Space Station and a strong recognition of Airbus and ESA expertise.