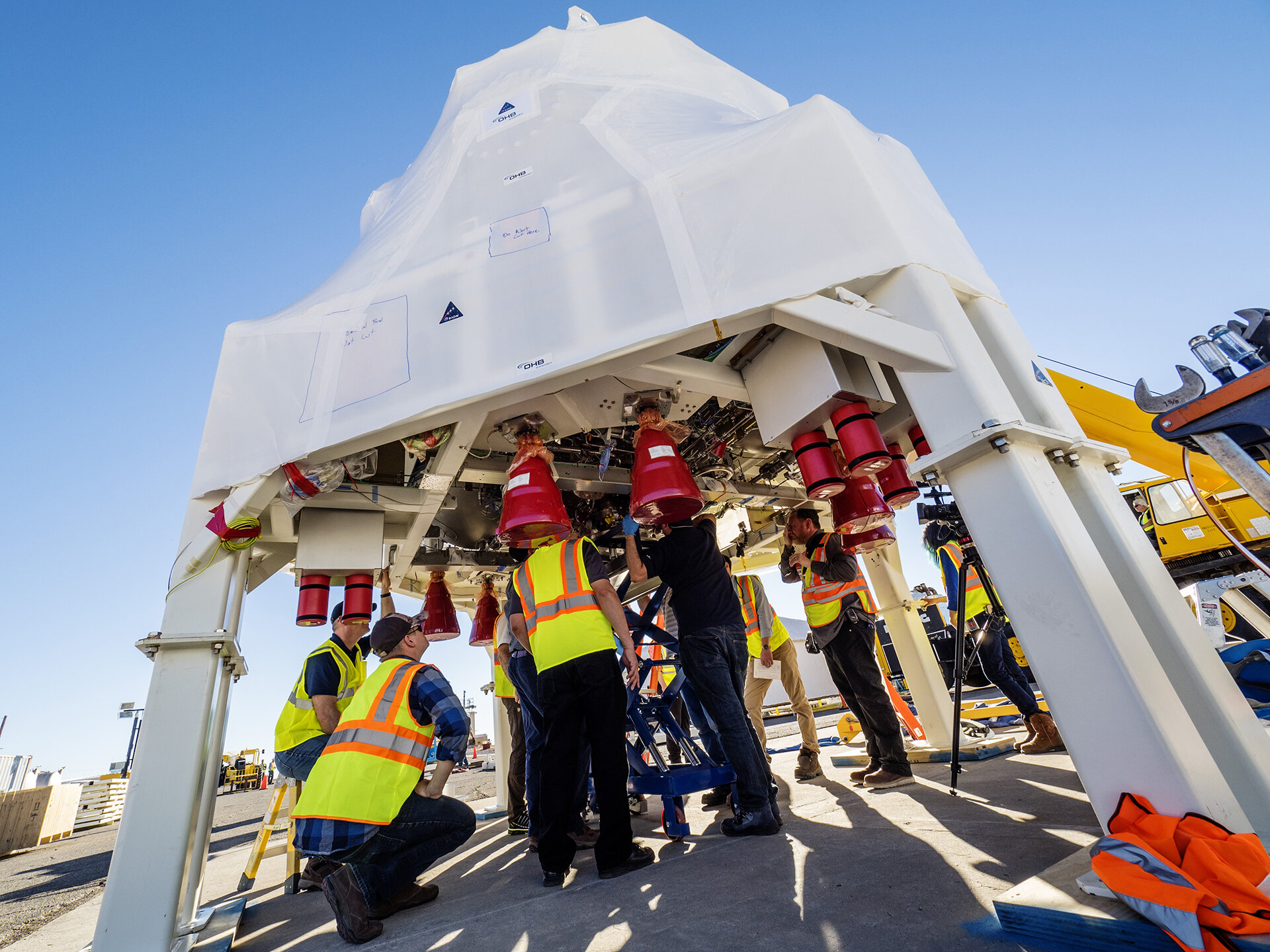 Waiting for the burn

The European propulsion system of the Orion spacecraft has been installed at NASA’s White Sands Test Facility in New Mexico and is ready for testing.

ESA’s contribution to NASA’s Orion spacecraft is the European Service Module, providing the spacecraft with its main power source and propulsion mechanism. Designed by Airbus Defence and Space and assembled by OHB Sweden, the Propulsion Qualification Model was shipped to the NASA’s White Sands facility in January.

The model is now set up and awaiting extensive testing by NASA, ESA and Airbus. Its 21 engines, including the Shuttle Orbital Manoeuvring System (OMS) engine, eight auxiliary thrusters and 12 smaller thrusters will undergo ‘hot firing’, in which all engines will be ignited.