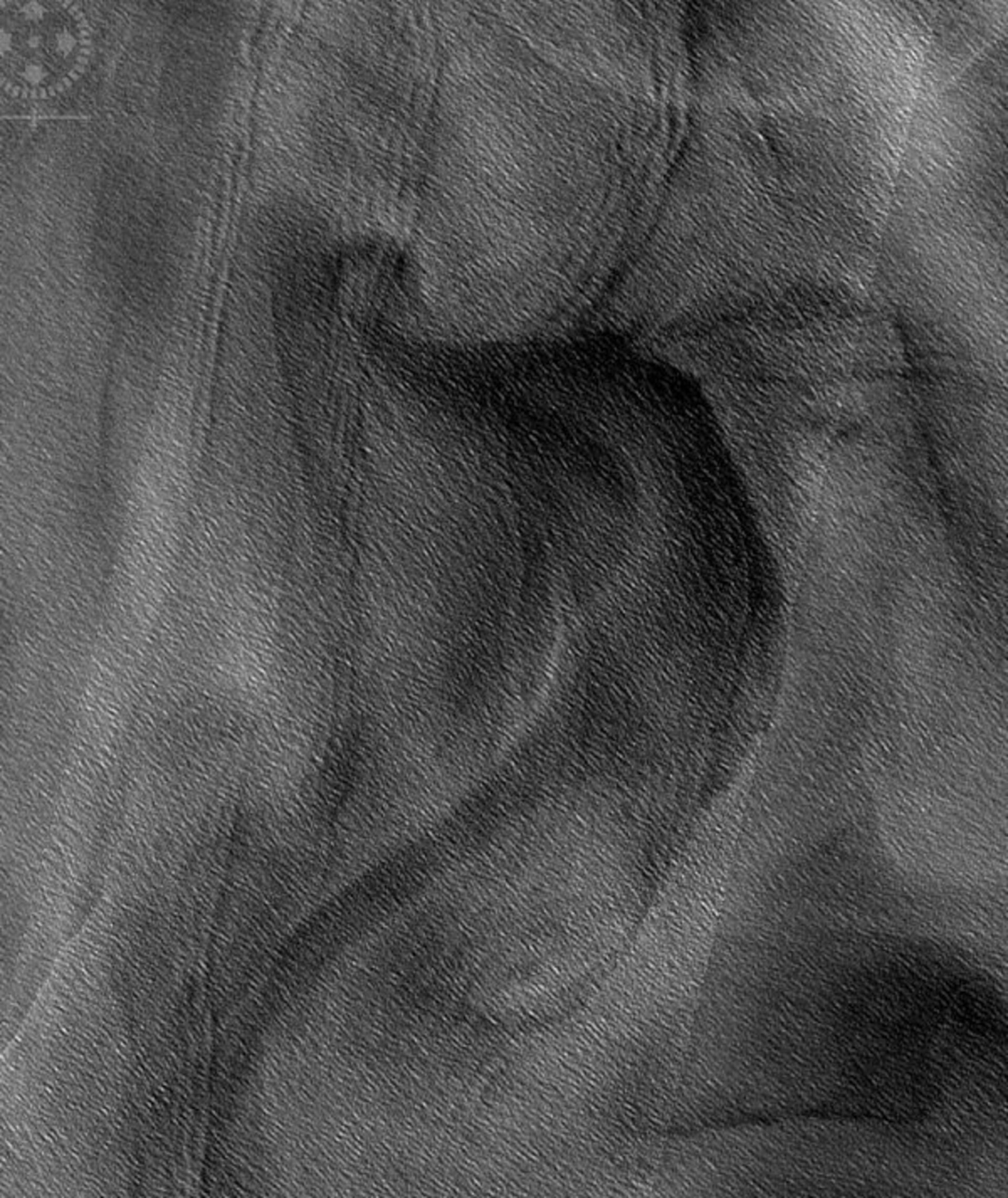 Sun glitter reveals elegant features in this image which was captured by Sentinel-2A off Western Australia.  Signatures of internal waves, surface-wind wave can be seen clearly, as well as the ghostly pattern of wave–current interactions that appear as darker swirls and eddy structures.  The rigid straight line running roughly north–south in the left of the image marks a Sentinel-2A detector boundary and shows a different intensity of Sun glitter. This is because the detector is physically offset from the adjacent detector, introducing a change in geometry.  This feature is exploited in Sun-glitter imagery to determine wave spectrum information.