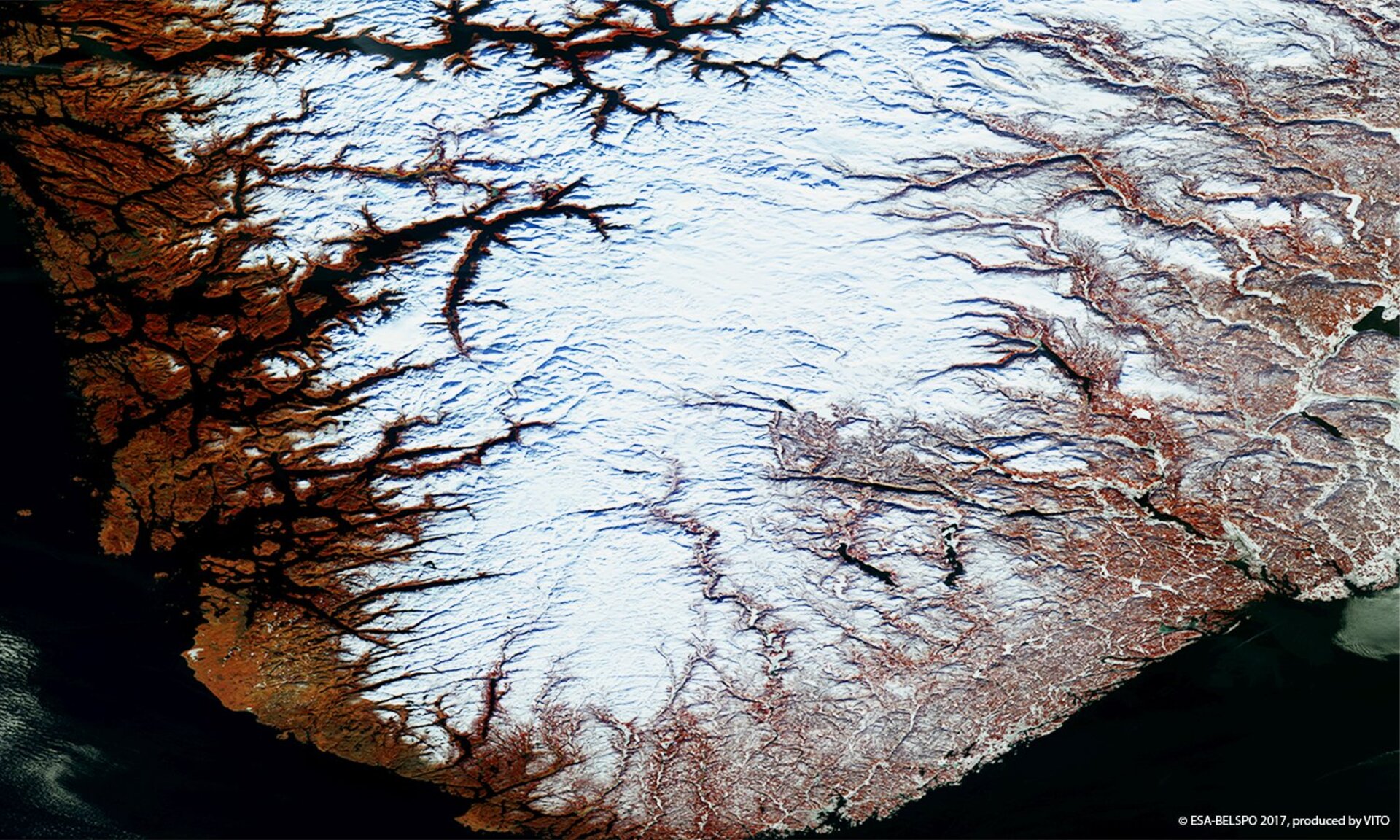 Norway’s coastline is one of the world’s longest – with a total length recently calculated at 80 000–100 000 km – owing to its famous fjords, narrow inlets bordered by steep cliffs created by glacial erosion during previous Ice Ages.

After these glaciers melted and Earth’s crust rebounded, seawater flooded the valleys, leading to some fjords becoming very deep: the Sognefjord fjord (visible to the upper left) is 1300 m. From bottom to top the Bokna and Hardanger fjords are also seen. The white region in the middle is the Hardangervidda National Park, an extensive plateau at  around 1200 m altitude, inhabited by wild reindeer.