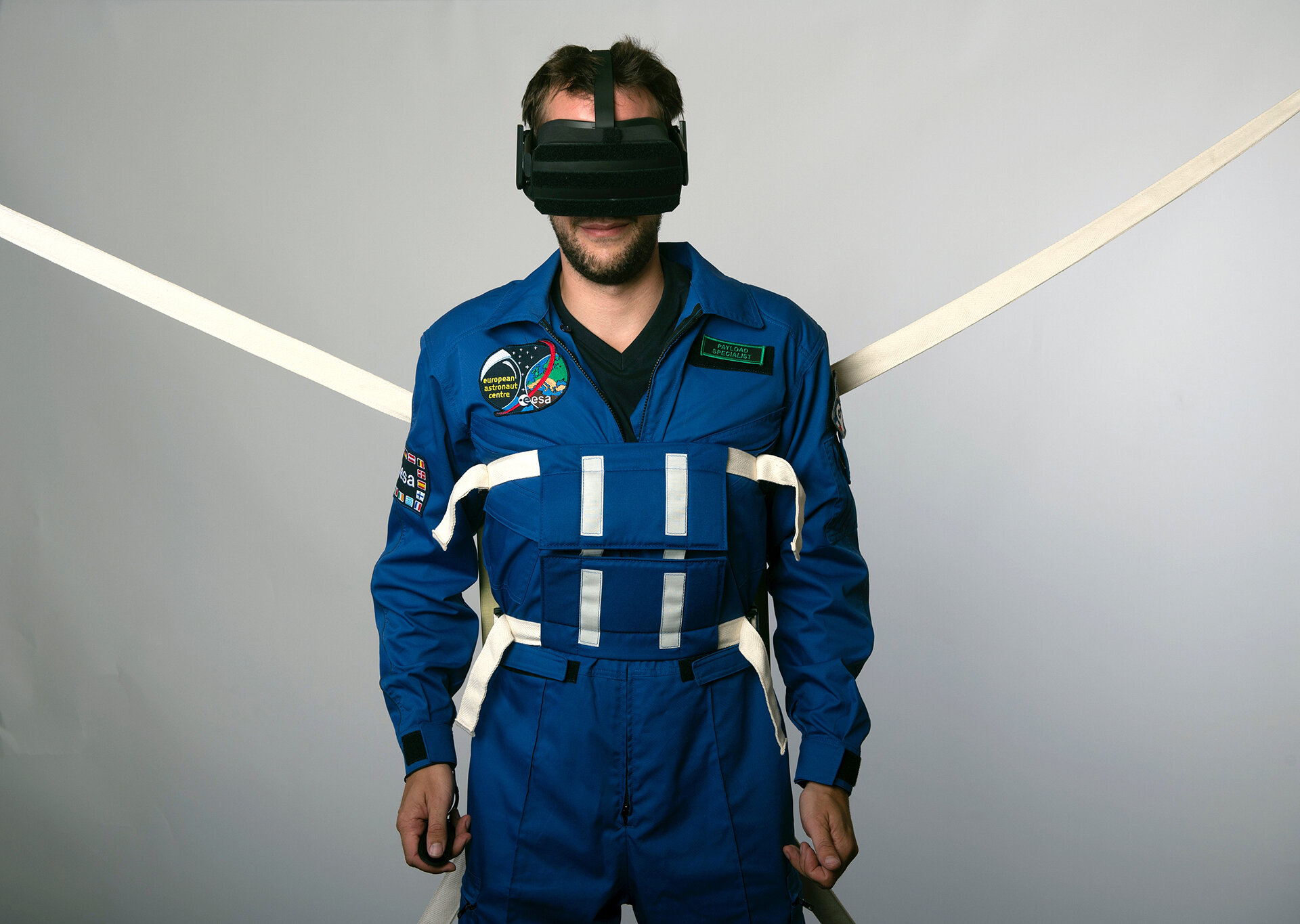 Living in space requires more than just the astronauts’ bodies to adapt. The absence of a traditional up or down causes their brains to think in new ways and cope with the 3D world of weightlessness. Even trivial tasks on Earth like grasping an object can be difficult.

Understanding how astronaut brains cope is an important part of human spaceflight research. The sensations of floating for months on end is something our brains never had to deal with until last century and seeing how they adapt offers interesting clues to their workings.

Virtual reality headsets offer a way to present specific scenarios for testing to understand how an astronaut brain adapts to its new environment – so France’s CNES space agency has sent one to the International Space Station.

ESA astronaut Thomas Pesquet was the first to use the new-generation virtual reality gear, for the Grasp first experiment. Grasp saw Thomas reaching for virtual objects so researchers can understand how important gravity is compared to the other senses.

The focus is on how a brain combines the perception of its body with visual information to coordinate hand movement. Researchers suspect that, on Earth, the brain uses the sensations caused by gravity as a reference. When reaching for an object, for example, the brain will calculate how far your hand is by using visual clues as well as how much your shoulder muscles need to counteract the downward force of gravity and keep your arm straight.

Running tasks in space on a Perspectives headset allows researchers to fine-tune the parameters and eliminate other factors that would influence the results. Grasp saw astronauts repeat three tasks using a remote and their hands to compare results in a simplified world without distraction.

To stop the astronauts from floating away and bumping into things, they are strapped down. This picture shows the straps extending behind the operator while he holds the trackball in his right hand. Thomas set the equipment up on the International Space Station but he was not a test subject – up to 10 other astronauts are part of the study.

The research will help us understand the workings of the vestibular system that helps us keep our balance, and how it connects to the other sensory organs. In other words, Grasp is researching the physiology behind eye–hand coordination as well as shedding light on how to treat patients showing a loss of vestibular function on Earth.

For astronauts, the research will be useful during spacewalks where coordination in weightlessness with few visual clues is of utmost importance.