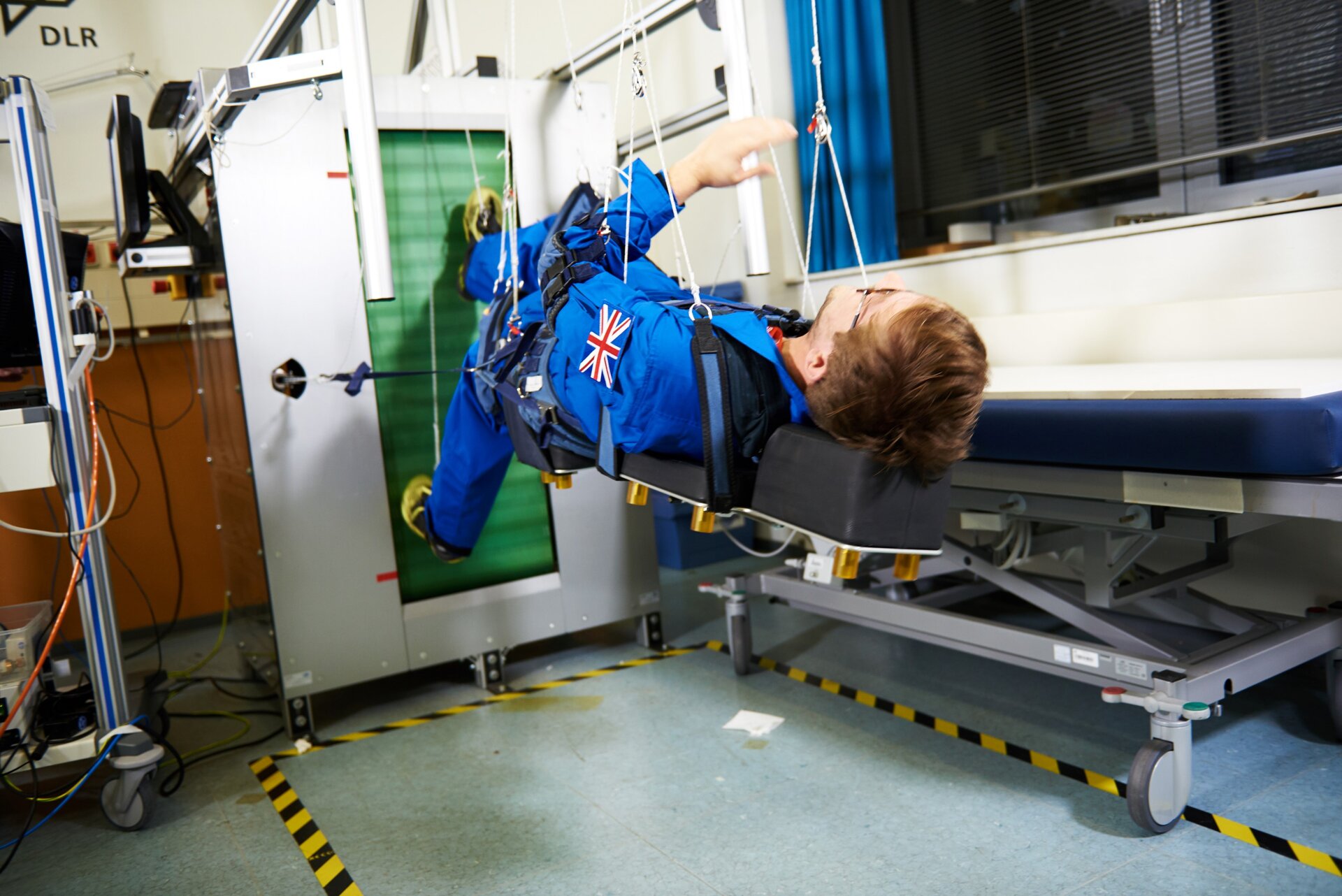 Steffan Powell from BBC at envihab to prepare for space – at least for the virtual world of the new Mass Effect: Andromeda computer game.