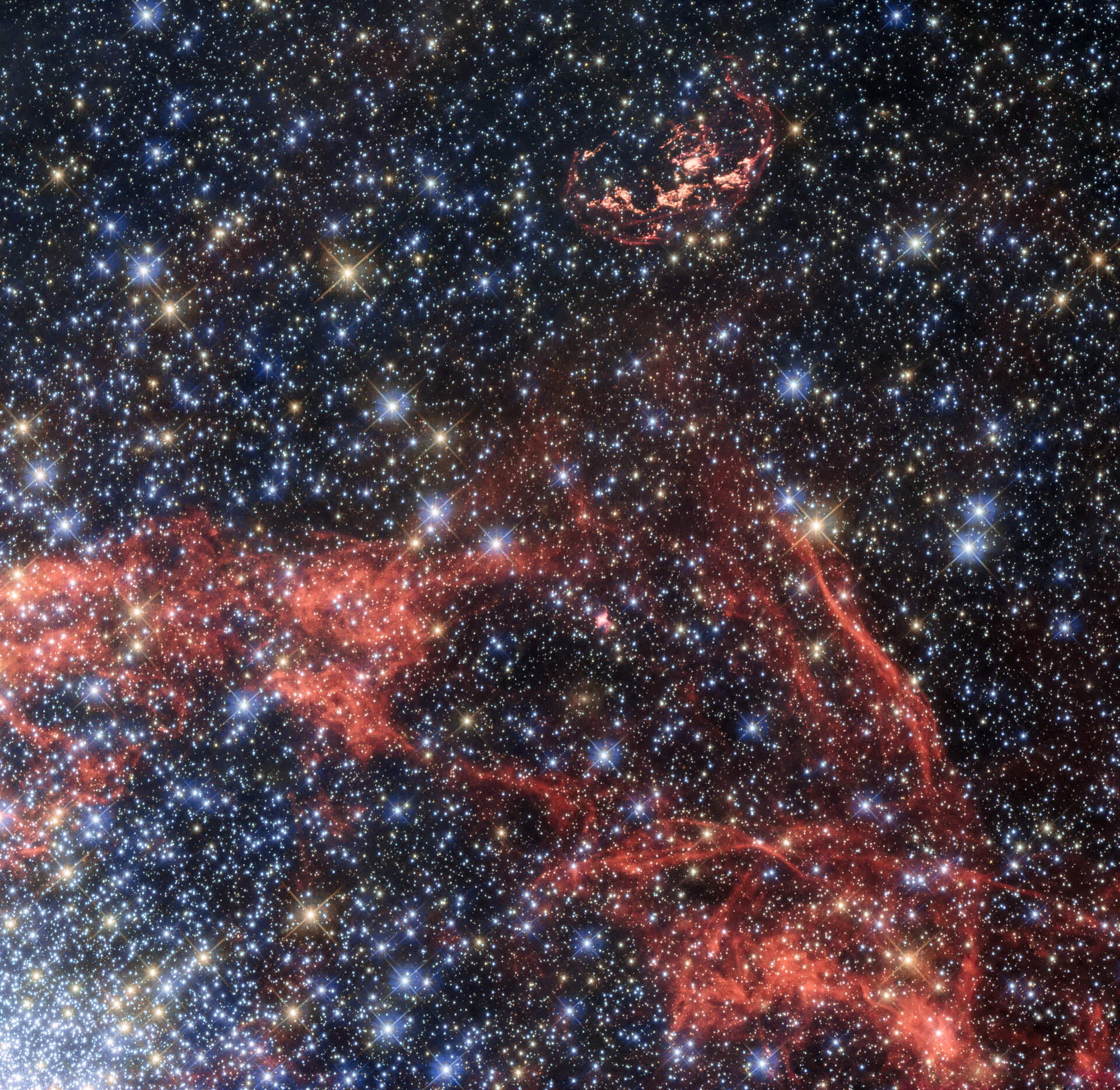 This image, taken with the NASA/ESA Hubble Space Telescope, shows the supernova remnant SNR 0509-68.7, also known as N103B (top of the image). N103B was a Type Ia supernova, located in the Large Magellanic Cloud – a neighbouring galaxy of the Milky Way. Owing to its relative proximity to Earth, astronomers observe the remnant to search for a potential stellar survivor of the explosion.

The gas in the lower half of the image and the dense concentration of stars in the lower left are the outskirts of the star cluster NGC 1850, which has been observed by Hubble in the past [heic0108].