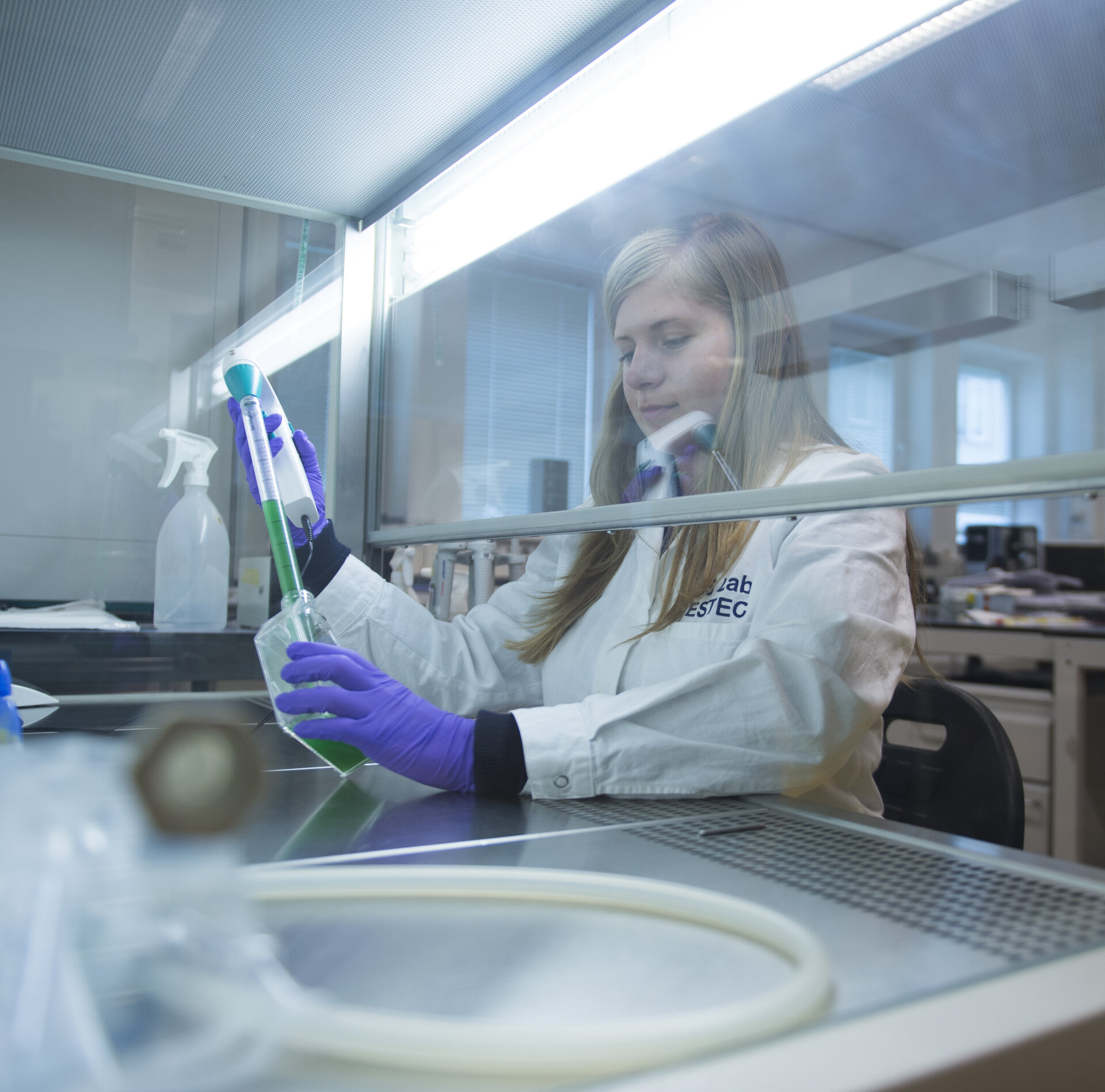 Justyna Barys, a graduate trainee working in ESA’s technical centre, has been selected as one of the 30 Under 30 – Europe Industry List compiled by leading business publisher Forbes.

She joins a diverse range of millennial European entrepreneurs, engineers and designers – the final Forbes selection having been made by an all-star jury that included Stéphane Israël, CEO of Arianespace.

Justyna specialised in biotechnology at the Lodz University of Technology before coming to ESA: “I’d always been interested in astronomy and space, so would regularly visit the NASA and ESA websites.

“I didn’t think the Young Graduate Trainee vacancy was something for me at first, but it turned out to be very interesting in terms of my interests and the combination of engineering and microbiology in my background.”

Justyna’s work focuses on nitrogen-converting bacteria, a crucial element in the various processes making up MELiSSA: “We are used to provision of oxygen, water and food by Earth’s ecosystem. It would be ideal to carry Earth’s ecosystem with us for exploring the Solar System. Unfortunately, mass and volume do not allow it.

“Instead, the MELiSSA approach is inspired by the principle of a closed ’aquatic’ lake ecosystem. The carbon dioxide and waste products are progressively processed to allow the culture of plants and algae. These plants and algae will then provide food, oxygen and water purification.

“To grow plants we need nitrogen. Human urine is a good source of nitrogen, but doesn’t contain it in the form that plants need – nitrates. But there are bacteria, originally taken from soil, that perform this conversion job, so I’ve been attempting to cultivate them and study how they grow.

“To begin with I was experimenting with small flasks, using polyvinyl acetate beads to promote the growth of biofilm which makes this kind of bacteria more active.

“As a next step I’ve been building a bioreactor for continuous culture. Once it is finished, nutrients and oxygen will be supplied, pH controlled and effluent removed to promote their continuous growth and monitor their conversion rate of ammonia into nitrates.”

The research is only one element of the 11-nation MELiSSA effort, including the full-scale pilot plant in Spain’s University Autònoma of Barcelona.

Justyna has also worked on another aspect of MELiSSA, preparing an experiment on highly nutritious oxygen-producing Spirulina bacteria for a teacher workshop.

Set to leave ESA in September, Justyna is looking for a PhD position in microbiology, biotechnology or environmental engineering.