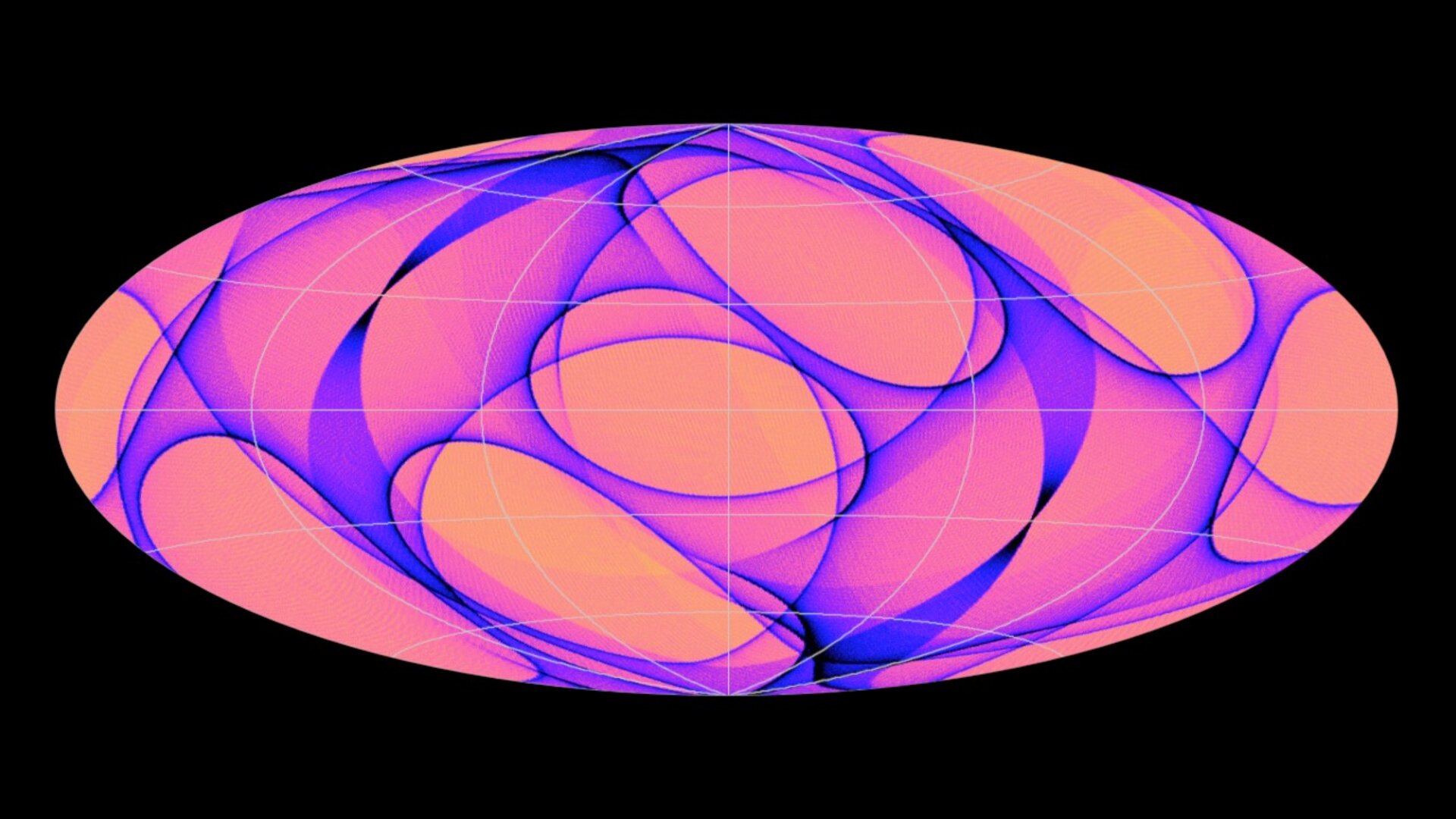 This may look like a brightly decorated Easter egg wrapping, but it actually represents how ESA’s Gaia satellite scanned the sky during its first 14 months of science operations, between July 2014 and September 2015.

The oval represents the celestial sphere, with the colours indicating how frequently the different portions of the sky were scanned. Blue represents the regions scanned most frequently in that time period; the lighter colours lesser so.

The satellite scans great circles on the sky, with each lasting about six hours. During the first month, the scanning procedure was such that the ecliptic poles were always included. This meant that Gaia observed the stars in those regions many times, providing an invaluable database for the initial calibration of the observations.

Then, the satellite started its main survey, scanning in such a way to achieve the best possible coverage of the whole sky.

These initial 14 months provided the first catalogue of the brightness and precise position of more than a billion stars, the largest all-sky survey of celestial objects to date.

Over its five-year mission, Gaia will survey one billion stars in our Galaxy and local galactic neighbourhood, measuring their position and motion at unprecedented accuracy, in order to build the most precise 3D map of the Milky Way and answer questions about its structure, origin and evolution.

Watch an animation of how Gaia scans the sky here.