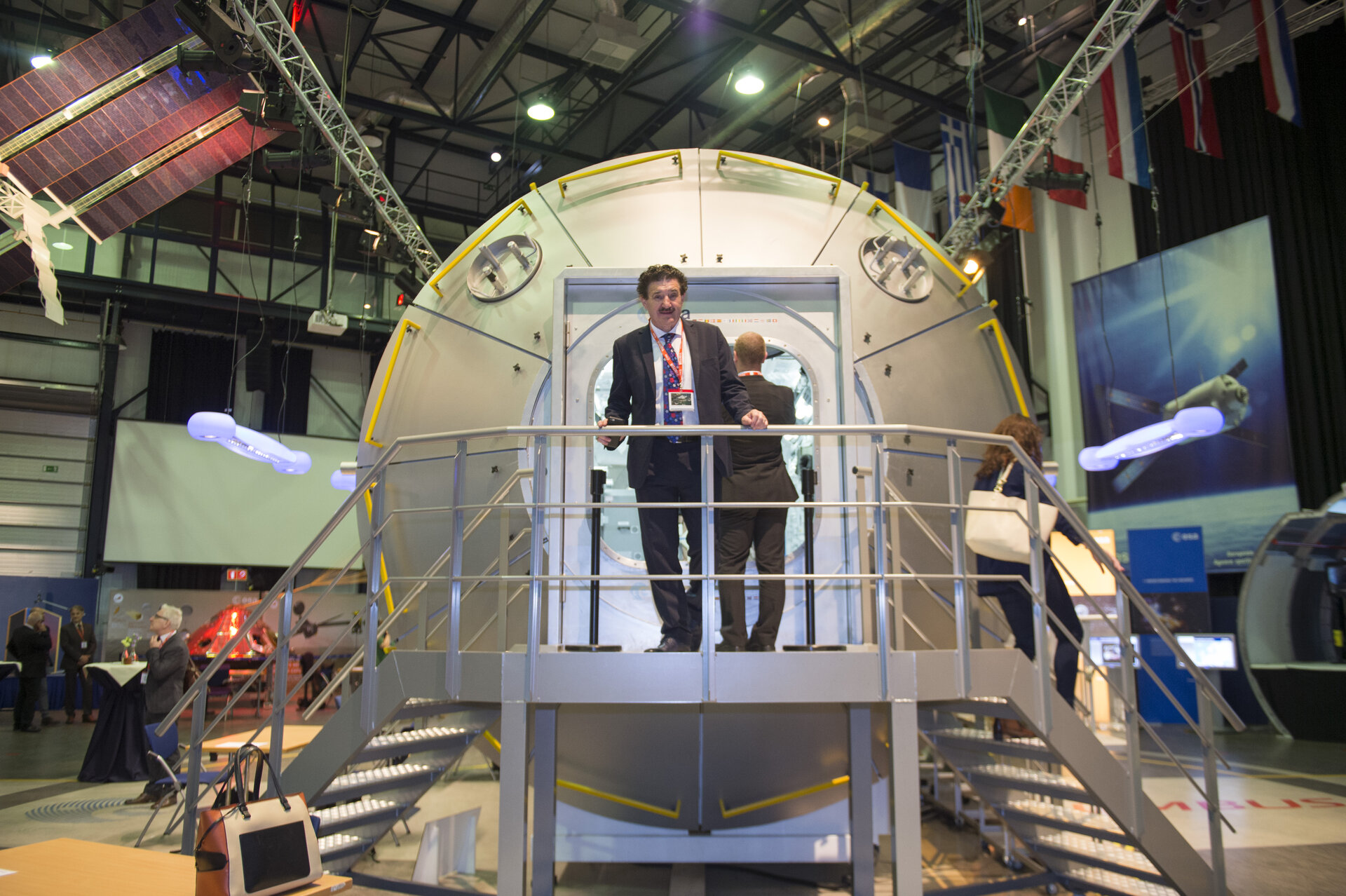 John Halligan, Ireland’s Minister of State for Training, Skills and Innovation beside a mock-up of Europe's Columbus module of the International Space Station.

On 24 April 2017 ESA’s technical centre in the Netherlands was honoured with a visit by John Halligan, Ireland’s Minister of State for Training, Skills and Innovation. Minister Halligan and his group were greeted by Franco Ongaro, Head of ESTEC and ESA’s Director of Technology, Engineering and Quality.

The Minister was joined by Private Secretary Katrina Flynn; James Lawless T.D, Spokesperson on Science, Research and Development for the opposition Fianna Fail Party; Michael Davitt, Head of the Irish Delegation to ESA and fellow members of the Delegation and Enterprise Ireland, as well as Kevin Kelly, Ireland’s Ambassador to the Netherlands.