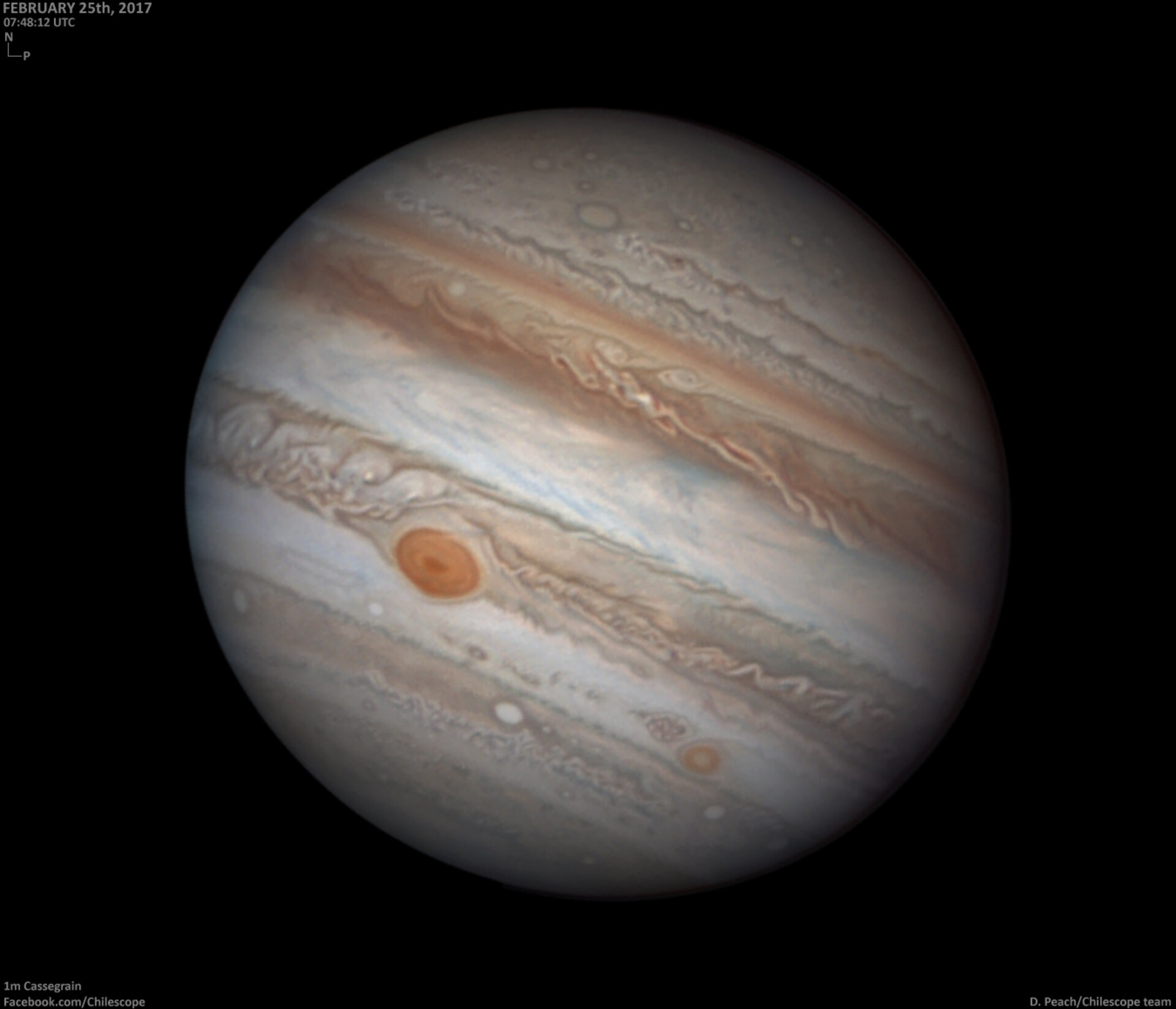 Earth is about to pass between the Sun and Jupiter, placing the giant planet opposite the Sun on 7 April. This event is termed ‘opposition’ by astronomers, and takes place roughly every 13 months. This is the length of time Earth takes to travel around the Sun relative to Jupiter’s nearly 12 year orbit about five times further away.

At roughly the same time, Jupiter is at its closest approach to Earth, at 666 million km, which means it appears relatively brighter and larger than at other times of the year.

A few days later, Jupiter will be very close to the full Moon in the night sky, making another spectacular sight to look out for.

Jupiter shines more brightly than any star in the evening sky, and is second brightest to Venus, which is currently dominant before sunrise.

Even a good pair of binoculars will reveal Jupiter as a disc with its four largest satellites: Io, Europa, Ganymede and Callisto. Observe the system on different days and at different times to see the positions of the moons change.

The opposition also affords professional and amateur astronomers with good telescopes the chance to view the planet in greater detail than ever.

The spots are vast raging storms: the Great Red Spot has prevailed for more than 300 years, and is wider than Earth.

Jupiter and its large icy satellites – Europa, Ganymede and Callisto – are the focus of ESA’s upcoming Jupiter Icy Moons Explorer mission, Juice, which is planned for launch in 2022. It will cruise the Jovian system for three-and-a-half years, including flybys of the moons, as well as orbiting Jupiter and Ganymede.

Previous flybys of these moons have raised the exciting prospect that some of them might harbour subsurface liquid oceans and conditions suitable to support some forms of life, and Juice will further explore this possibility.