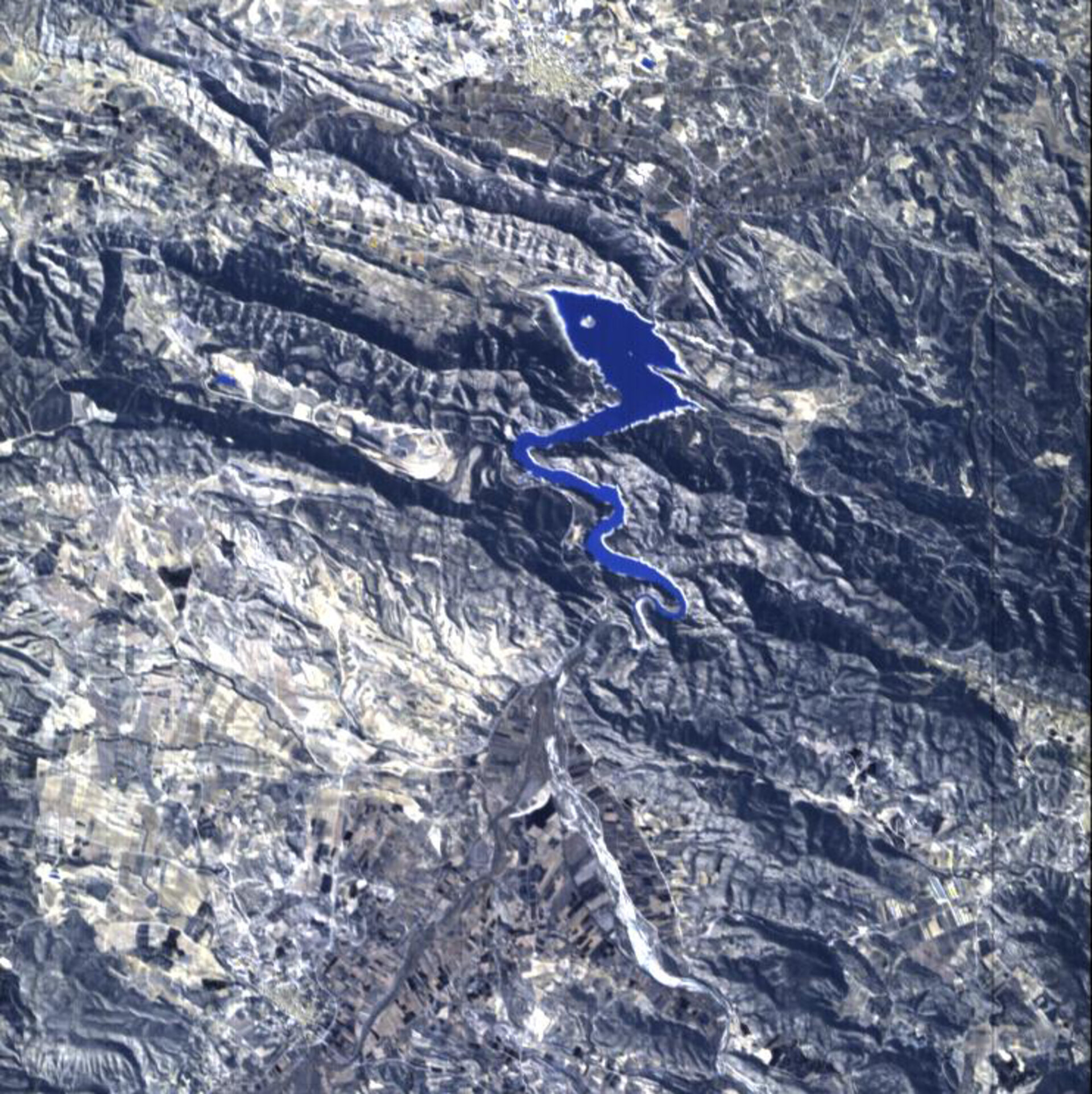 The blue of the Calanda reservoir amid the rugged landscape of northeastern Spain, as seen by ESA’s oldest – and one of its smallest – Earth-observing missions, Proba-1, midway through its 15th year of operations.

Located around 120 km southeast of the city of Zaragoza, and built within a surrounding gorge, the reservoir is used for agricultural irrigation and fishing. The town of Calanda is visible at the top of the image.

Researchers can use Proba-1’s hyperspectral camera to gather data on the reservoir’s water quality and phytoplankton content.

The cubic-metre Proba-1 is the first in ESA’s series of satellites aimed at flight-testing new space technologies. It was launched on 22 October 2001 but is still going strong, having since been reassigned to ESA’s Earth observation duties.

Proba-1’s main hyperspectral CHRIS imager records 15 m-resolution scenes across a programmable selection of up to 62 spectral bands, from a variety of viewing angles. It is supplemented by a 5 m-resolution black-and-white microcamera.

Other innovations include what were then novel gallium-arsenide solar cells, the use of startrackers for gyroless attitude control, one of the first lithium-ion batteries – now the longest such item operating in orbit – and one of ESA’s first ERC32 microprocessors to run Proba-1’s agile computer.

Proba-1 led the way for the Sun-monitoring Proba-2 in 2009, the vegetation-tracking Proba-V in 2013 and the Proba-3 precise formation-flying mission planned for 2019.