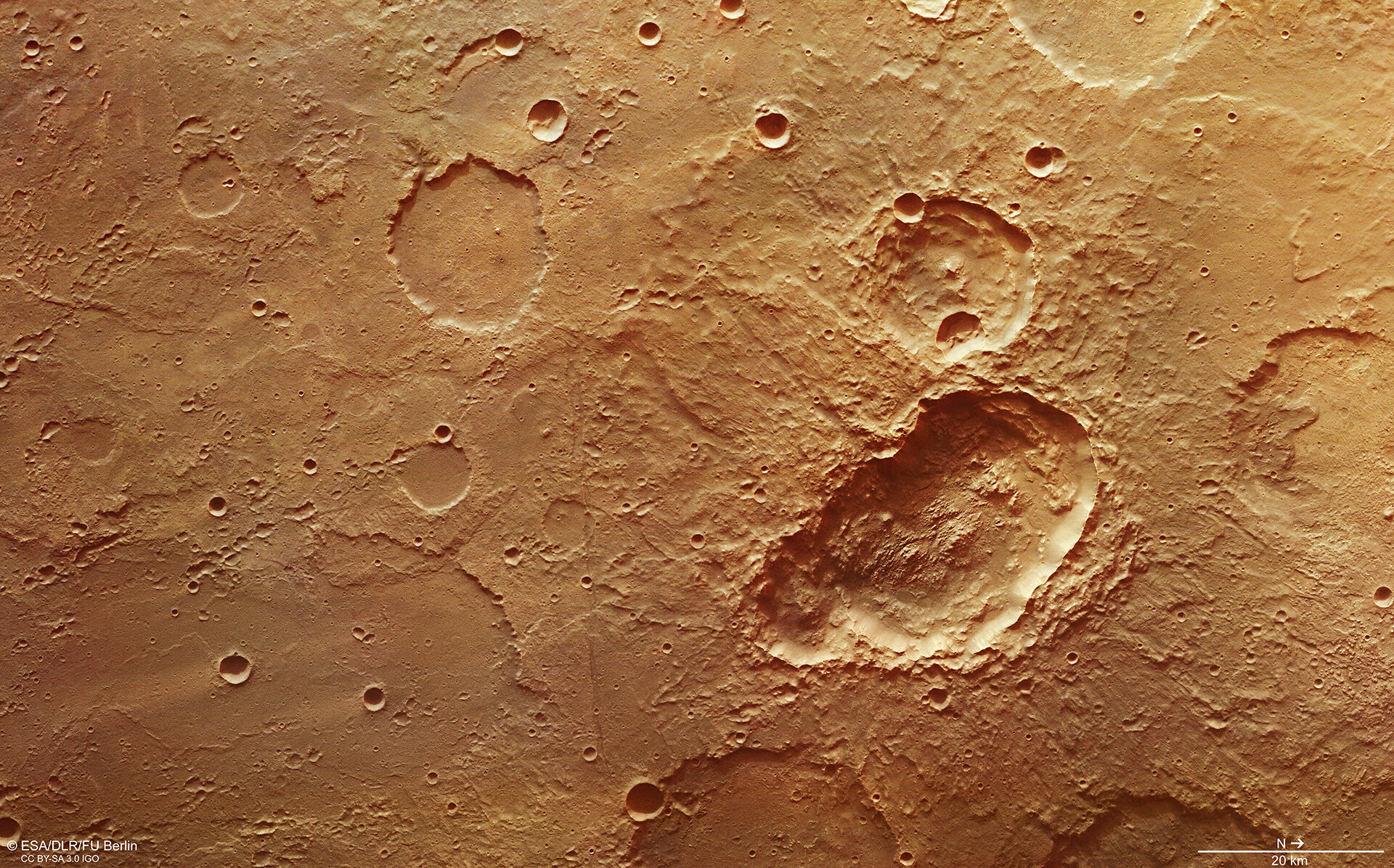 A scene from the ancient southern highlands of Mars highlighting a triple crater – the elongated depression just right of centre. Measuring about 45 x 24 km, the crater is thought to have been created by the collision of a ‘triple impactor’ – perhaps from a meteoroid that broke into three after entering the atmosphere. The asymmetric nature of the ejected debris points to an impact at a low angle.

The region was imaged by the High Resolution Stereo Camera on ESA’s Mars Express 28 January 2017 during Mars Express Orbit 16565. The image is centred on 198°E / 27°S and the ground resolution is about 22 m per pixel. It was created using data from the nadir channel, the field of view which is aligned perpendicular to the surface of Mars, and the camera’s colour channels. North is to the right.