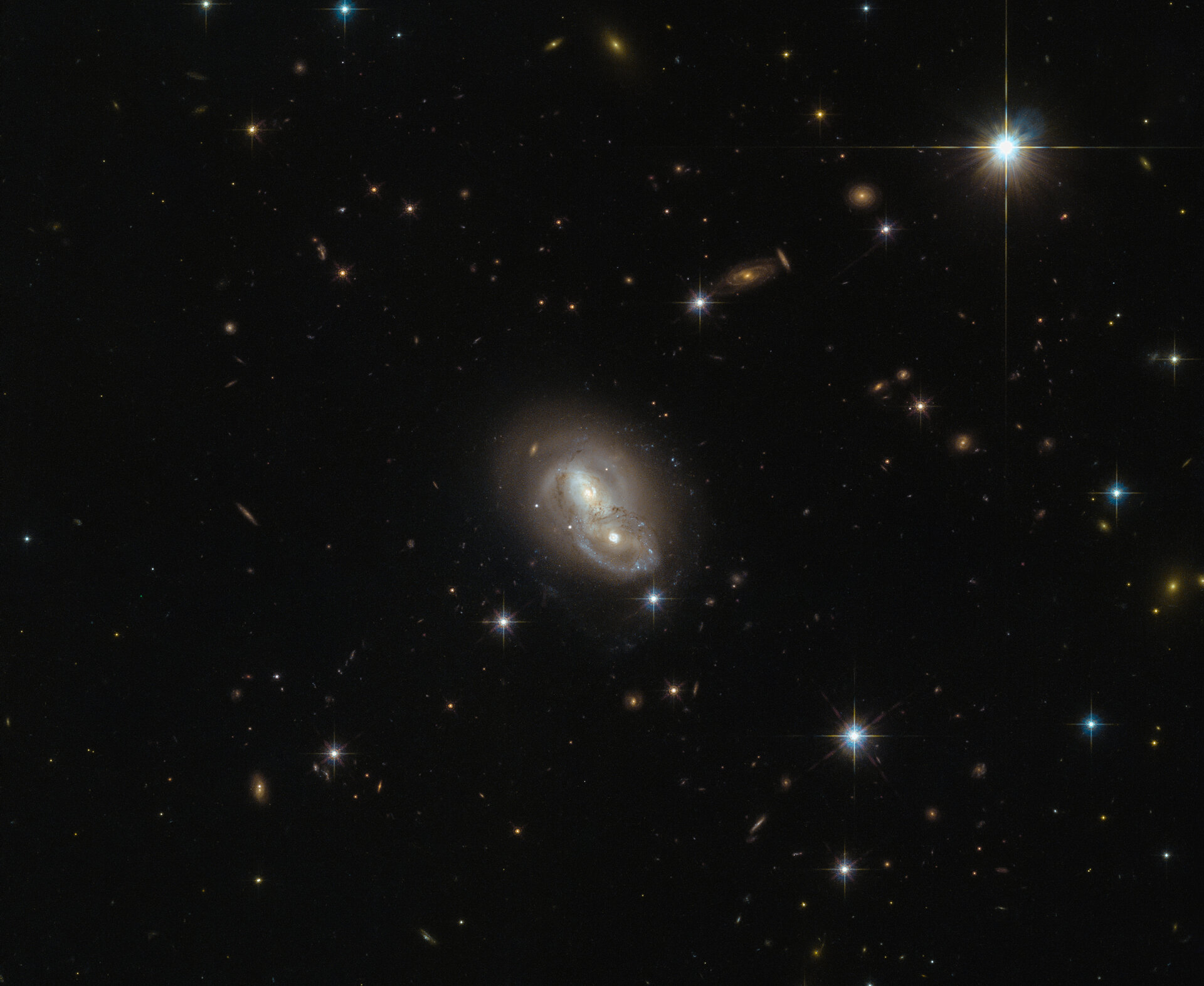 This image from the NASA/ESA Hubble Space Telescope shows the unusual galaxy IRAS 06076-2139, found in the constellation Lepus (The Hare). Hubble’s Wide Field Camera 3 (WFC3) and Advanced Camera for Surveys (ACS) instruments observed the galaxy from a distance of 500 million light-years.

This particular object stands out from the crowd by actually being composed of two separate galaxies rushing past each other at about 2 million kilometres per hour. This speed is most likely too fast for them to merge and form a single galaxy. However, because of their small separation of only about 20 000 light-years, the galaxies will distort one another through the force of gravity while passing each other, changing their structures on a grand scale.

Such galactic interactions are a common sight for Hubble, and have long been a field of study for astronomers. The intriguing behaviours of interacting galaxies take many forms; galactic cannibalism, galaxy harassment and even galaxy collisions. The Milky Way itself will eventually fall victim to the latter, merging with the Andromeda Galaxy in about 4.5 billion years. The fate of our galaxy shouldn’t be alarming though: whilst galaxies are populated by billions of stars, the distances between individual stars are so large that hardly any stellar collisions will occur.